Following the Alternative: An interview with Michael Bugeja

It’s all well and good to talk about Malta’s music scene growing, improving and diversifying, but the barriers we have are still clear to see. Some popular radio stations won’t play songs with Maltese lyrics; some people see other music scenes and come to conclusions before properly listening to their case, so to speak. But at least we have the internet; social media, blogs and weekly events to learn about new music. There was a time when finding information or reviews about local music was hard; even knowing about bands or even hearing their tracks wasn’t so easy.

“A friend of mine was using Frontpage in the early days of the internet, and I was playing around with it and uploaded some articles just for fun. A while after, I uploaded a directory of Maltese artists, of bands I knew. That’s pretty much where it started,” says Michael Bugeja, writer, DJ, and host of weekly Radio 101 show Rockna, as he leans back in his chair. 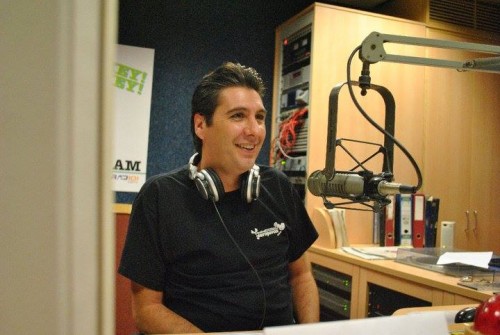 Michael was among the first to recognize and tackle the lack of documentation around local music in the late 80s and 90s. “Even back then, while I was reviewing international bands, if anyone wanted to read about or listen to, say, the Red Hot Chili Peppers, it would have been easy to find someone reviewing them. But if you wanted a review of Winter Moods or Beheaded, it was much harder. But then people found my directory and started sending me lists of Maltese bands, like ‘you missed this band, you missed these guys’ and it just grew. I even had direct download for some tracks,” he beams.

That directory became Lib66, an early website in the mid-90s that is still accessible here. When asked about the origin of the name, Michael replies with a laugh; “me and my friend liked calling each other lib, you know. But I think that was the first website that focused on Maltese bands exclusively.”

Right now, he is about to go into the studio and record a performance with Lucy’s Last for an upcoming show of Rockna. Having been writing as a music journalist since 1996, he’s been able to see the rise and fall of many Maltese bands of many different styles. While his focus is mainly rock, metal and related genres, the crossovers in Maltese music over the years reflects in his shows and articles; he claims to have done the first electronic music review – “a review of Owen Jay’s Tinnitus,” he smiles. I ask him to fire off some of his favourite Maltese bands;

As someone who listens to a wide range of bands, grew up around bands, and once even roadie’d with British punk band Flux Of Pink Indians’ reunion tour in the UK  it’s surprising that he doesn’t play any instruments himself. “I grew up near Tigne’, and when I was young, about fifteen, I would run around the complex, just hanging out with the bands, sneaking into their practice sessions – something I’m sure my mom didn’t really like.” 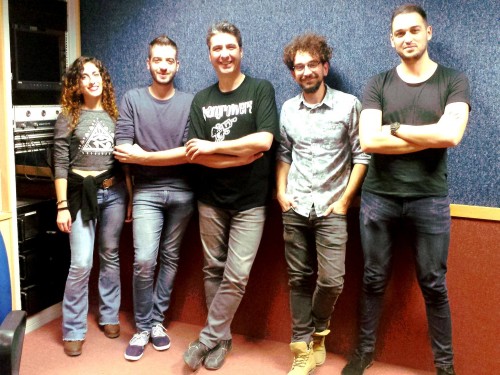 “I’ve always been interested in music, wanted to be involved with bands and music, always following some band, and living close to Tigne’ gave me the opportunity to be more closely involved with them” he explains.  “At that time it was mostly bands from the metal scene, even though the alternative scene was developing.” Michael had grown up on his brother’s tastes – “my brother listened to a lot of 70s rock, Journey, Slade, Elton John, and I probably have most of his albums now” – which he channeled into his DJing.

“I started DJing in Paceville at the old Coconut Grove, where Burger King is now, and later also DJ’d at the old Rock Café.” When Coconut Grove moved to its present location, he played there too and eventually, along with Marco Ramunno, they moved upstairs to Remedy, which was originally intended to be a dance music venue, and turned it into a hangout for rockers and metalheads. “After Remedy, I was DJing at the Hard Rock Cafe for about seven years.”

He began to play alternative music for the first time in Maltese clubs – The Pixies, Nirvana, early Blur. While still writing about music with publications like the Malta Independent, and the Sunday Circle, he would go on to write at the Sunday Times of Malta for seven years as their resident music correspondent, shifting the focus on Maltese music; if it was a foreign band, they would either be playing here or have a tie to a Maltese band.

In 1991 he joined Radio One Live (now XFM) for about a year, and after a brief spell at Island Sound Radio, in 2009 he started with Radio 101, where he hosts his weekly shows Fuzzbox and Rockna. When I ask what music he started on, his answer is a bit surprising, if it wasn’t for that Rifffs hint earlier. “Ska and reggae  were my first big passions. They still are, and I love to DJ with the Rifffs and occasionally, even at Bass Culture events.

When I ask him about what music he actually likes though, his answer is clear –  “I like everything, as long as it’s good.” His answer is very similar to what another local music journalist and cohort of Michael’s, Toni Sant, had told me to the same question. Together with Toni Sant and others, the successor to Lib66 was born – www.m3p.com.mt. Xtruppaw’s page was the first one created on M3P,” he smiles. “The point of M3P is to document everything that contributes to the local scene. It offers bands and artists the space to create their own page, but it’s the bands that have to take the initiative and set it up. I’ve always been very forward with bands, very supportive, but I think some bands got the impression we were going to set up their pages for them,” he sighs.

“Some bands are very media savvy.” Michael smiles widely then continues, “They’ll get on your tits to be honest, sending PRs about everything – ‘we’re getting together in the studio’; ‘we’re working hard on a track’; ‘we’ve named the track’; ‘we’ve scrapped the track and are now working on a new one.’ Other bands just don’t know, or care, about the media. Then there’s some people who are super talented, creating music in their bedrooms, and who just don’t bother chasing the limelight.” 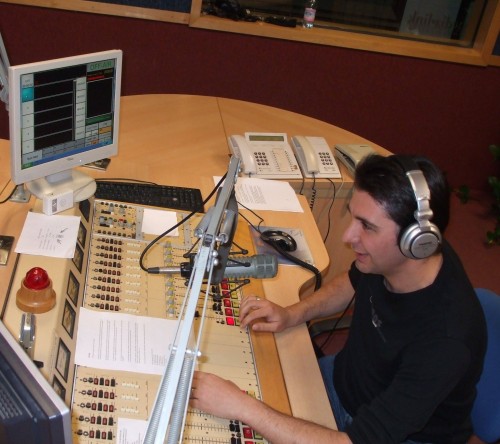 The diversity in such a small scene isn’t going unnoticed by Michael. “The scene has grown a lot over the years, there’s been a proliferation of bands in genres, not just metal, but also alternative, with a lot of bands doing left of centre stuff, not so concerned with commercial stuff. There is some music that you can’t believe is coming out of Malta. Even the use of the Maltese language in music has improved greatly.”

As Lucy’s Last’s performance approaches, I wonder about the different energies in the music journalism Michael does, especially between writing and radio. “They are different energies, sure, writing and radio. There’s a different dynamic to them, and a different satisfaction one gets from doing them. But I always write about music, whenever I have the time.” He stops for a second and stares. “It’s always about the music, really,” he finishes. Many people would say the same.

To find out more about Michael Bugeja and Rockna, visit his site here.