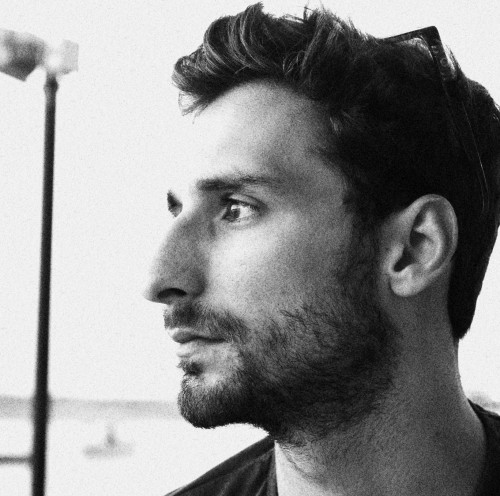 Music has always been an integral part of Ben’s life, possibly because he’s coming from a family that loves music – his grandmother was a great piano player and so were her daughters. Ben’s uncles played guitar and also performed in gigs. However, he claims his parents were the biggest influence: at home, music was on all the time – Ben can recalls dad endlessly playing David Bowie records and mum putting on musicals such as Phantom of the Opera or Carmen.

When Ben was still in primary school, his mother sent him and his brother to piano lessons however unfortunately, he quit after some time because he couldn’t stand his teacher – this is his biggest regret. Although Ben listened to music endlessly, and attended many music events, he never attempted to play another musical instrument until a couple of years ago when he started learning the guitar. Unfortunately, he had put this on hold because of his full time job and MBA studies.

In 2010, Ben received a Behringer BCD 3000 Midi Controller as a gift and started playing with it at home, trying to mix his favourite tracks together and record sets just for fun. In June 2013, Ben played for the very first time at a private event with around 200 people and he had the time of his life! The organisers enjoyed his set and asked him to play at subsequent events which gave Ben the chance to build a name for myself. He was then approached by a promoter and friend from Squadron Malta who asked him to play at their event Gesaffelstein (12-12-13). This was a truly amazing experience which led to quite a few other events. Ben now DJs on vinyl – not because he wants a career in ‘DJing’ (he plays vinyl at home rather than in clubs) but simply because he love the sound of music on vinyl and want to do it the proper way.

Ben’s musical influences are pretty sporadic and scatterbrain as he’s been through many phases however he claims his biggest influences to be David Bowie, Pink Floyd, Depeche Mode, Radiohead, Bloc Party, Apparat, Aphex Twin and Plastikman.
Musical genres may be too high level to name however Ben’s favourite styles are Alternative/Indie/Experimental/Psychedelic Rock, IDM, Techno, Dark Jazz and Ambient.