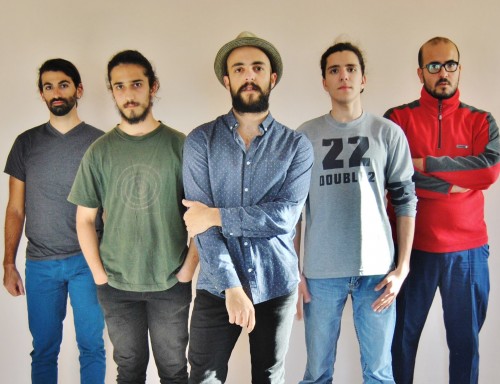 Plato’s Dream Machine (PDM) have been around since 2009. However, the band has evolved much ever since, changing both members and style across the years; the only consistent member being Robert Farrugia Flores – the band’s leader and singer-songwriter. Last year (2014) PDM have released their debut album titled ‘GĦERA’, which was successfully received by both music enthusiasts as well as critics and the general public. The album ventures into a relatively new territory in the local music scene, where the band explored the world of electronica merged with alt-rock, fused with poetical lyrics in our native language. One of their highlights following the album launch was when PDM was chosen to play in London last October for a SOFAR session. PDM also won BEST BAND and BEST ALBUM of 2014 from the ROCKNA listeners’ polls.

On 3rd January, Plato’s Dream Machine held its first concert of 2016. Entitled ‘L-Għera u L-Oħrajn’, the show was free entrance and included poetry readings by Adrian Grima and a philosophical talk by Kurt Borg, a PHD student. Even on the live circuit, the band is eagerly showing signs of breaking new ground. Ever since, the band has been locked in their garage studio working on new material, which will hopefully be performed live later this year. Some more changes are also on their way. Predictability is surely something the band has proven to resist ever since their debut album launch in MITP last April.

Since their début album launch, Robert has been closely in touch with Trackage Scheme founder Ben Vincenti. Trackage Scheme has definitely proven to be Malta’s leading online music hub, supporting and promoting good local artists with great consistence and passion. Having two successful concerts up their sleeves, with numerous top local DJ’s, bands and solo artists performing on the same night, TS keep pushing the barriers with more ideas to keep shedding light on the local music scene. PDM will surely be participating in one of their significant events.