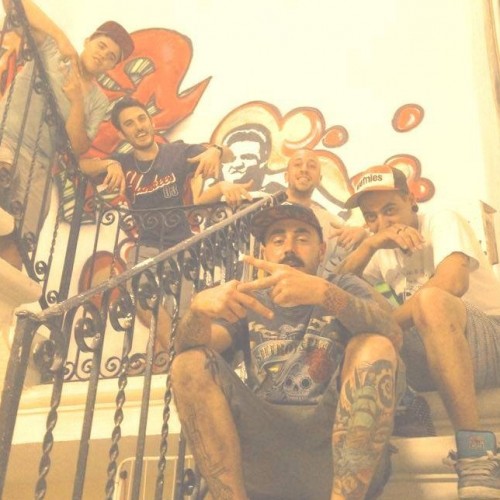 Sempliċiment Tat-Triq is a hip hop collective that formed in 2011.  Over the years, what started as a collaboration between two MC’s (Żdong and Haxxaxxin) spitting in Maltese, evolved into a collective aka  W.Ż.K. made up of MC’s ,musicians beat makers, producers and graffiti artists from Malta and abroad.  The collective now includes, Susa, Gilson, Ska, il-Gomma, il-Hazen, JCU, Ryyzu, Nick Dynamite, DJ Brozer, HPand FloMotion.

Since 2011, Sempliċiment Tat-Triq  has released 3 mix tapes and had planned to issue a full-length album by 2013 but has never materialized as yet.  Instead they released a Demo entitled “Qumu Minn Hemm”   In the following 2 years, Sempliċiment Tat-Triq  toured around Europe for 4 times including France, Italy, Serbia, Romania, Greece, Slovakia, Hungary, Macedonia, Croatia, Slovenia, Spain and Austria.  They played squats, social centres, clubs and pubs, festivals, ruined castles, boxing rings, village squares and wherever they could play.

For 2015, the collective plans to release long time coming full length album to be entitled “Brodu fejn Noqghodu” and a documentary film on the band and their experiences on tour to be called #Wesq