A trip down memory lane with Beangrowers 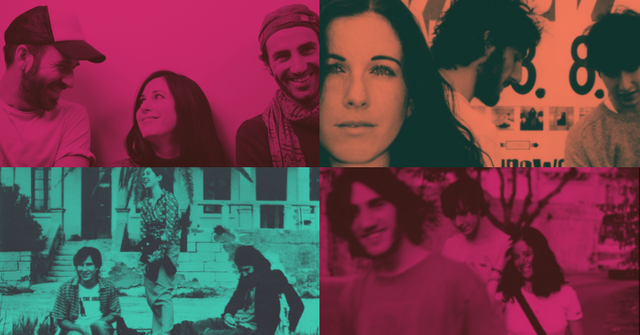 It’s safe to say that Maltese indie rock band Beangrowers are legends in Malta’s music scene. From their very first album back in 1999 to their latest single Love, You Can Never Give Up, the beautifully crafted songs are timeless and will continue to inspire generations of Maltese bands in the years to come. For this article, I interviewed Beangrowers’ frontwoman and guitarist Alison Galea, taking a trip down memory lane, reflecting on Beangrowers’ past, present and future.

Hey Alison! So how did you guys start out?

We started out as teenagers in a basement in St Julians. We all wanted to be in a band and play and make music together. There was always a strong drive for us to compose as many songs and play as many live concerts as possible. It is what we love doing the most.

As a band, you’ve toured quite a lot. What would you consider as the most memorable event that you performed in? Any anecdotes from touring which you’d like to share with us?

Having a record label and touring agency to support us in the late 90s and early 2000s meant that we could focus all our time and energy on creating lots of music and performing on as many tours as possible. Our first unforgettable performance was in August 1999 when we played at the opening night of the German music trade event called Popkomm in Cologne. We got to perform on the same bill as Stereophonics, dEUs and Tindersticks (the latter being a band favourite) and to a crowd of about 4000! We were super excited and nervous about having to play the best show possible, as this was our launch into the German & European music industry!

What, in your opinion, has been the biggest challenge for you as a band?

The biggest challenge we faced was living through the demise of the music industry as we knew it and having to continue to work in different ways to survive as a band.

How was it like to foray into the international music industry as professionals at such a young age?

Exciting and scary all at once. We look back now and think of all the things we could have done better if we weren’t so young and inexperienced when we first started out. But then again it taught us how to work with lots of different people and nationalities and we grew up quickly. At that point, we were frequently far away from home without the technology (and constant contact with others) that we have today.

Any future plans for Beangrowers?

We are releasing new material in the form of another mini-album this summer and we are thrilled to share the latest songs we’ve written. We are also determined to continue existing as a band for as long as we can still rock out on stage! It still gives us the same thrill it did when we first started out and we still receive so much love and support from our listeners, so how could we ever stop?!