Meanwhile, Back at The Ranch

Some may think that a band’s biggest hurdle is releasing its debut album. I’d contest this by saying that the sophomore album is often a greater challenge, especially when the previous release sets an really high expectation.

Take the case of The Ranch, for example. When the experimental group released their debut album in 2015, the energy the band emitted was palpable. Cuckoo Island consisted of 8 unique, ultra-dynamic tracks that went in all the right stylistic directions without ever sounding cluttered. Quite a feat, to say the least, and the pay-off was instant. Everybody was rooting for The Ranch. 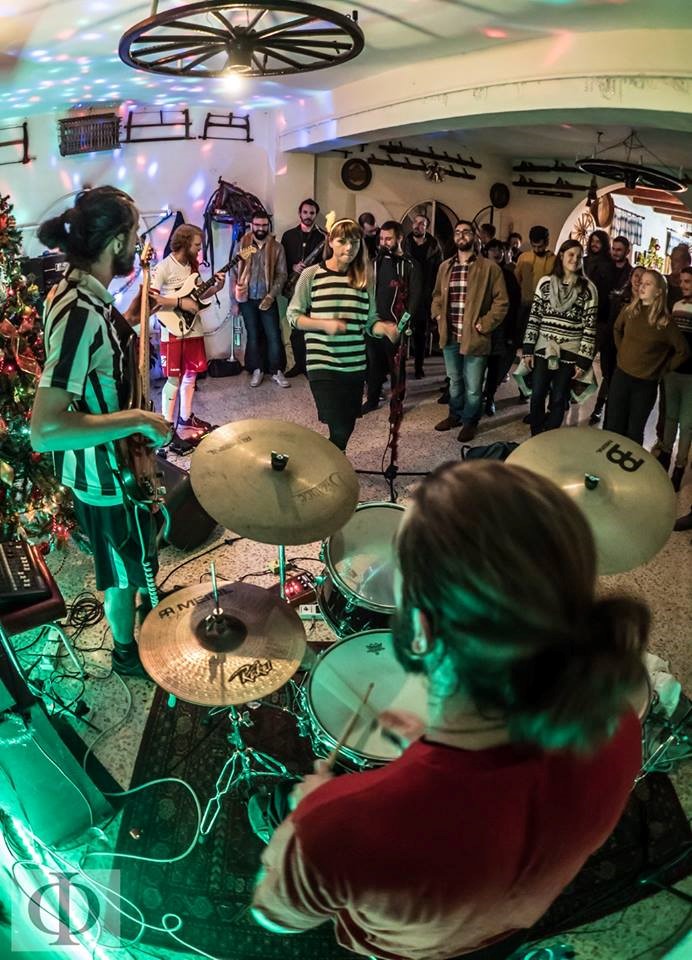 The excitement for The Ranch hasn’t diminished, but now it has definitely manifested in anticipation. After two years of local gigs and touring, The Ranch are once again on the verge of releasing an album. Though audiences have been treated to teasers here and there, the band has, for the most part, kept details on the down-low.

There’s no way around the statement that Cuckoo Island is a ridiculously hard album to top. Yet, The Ranch are clearly unfazed and fully confident that release #2 will raise the bar even higher. Eager to learn more about the album and the processes around it, I got in touch with Benji Cachia, the band’s drummer, for details.

It’s been two years since the release of Cuckoo Island, and that album is still generating a lot of hype for The Ranch. Would you say that that hype was intimidating at all in terms of how you would approach new material? Did it consciously affect the writing process for the second album?

Not really. We are still heading in the same direction as we were when starting out. I think the success of Cuckoo Island only made it more reassuring that we were on the right track, and I think that this time we have outdone ourselves!

It feels as though The Ranch, over the course of its existence, has made it a point to dispel the idea that it is just a jazz group, or even a jazz-fusion group for that matter. In the few new songs that I’ve had a chance to hear, the jazz influences seem even less direct than they did on the debut. I hear math-rock and prog-rock vibes in Paraq, while another particular track (the name of which I do not know) is as metal as it gets. Was this extent of sonic diversity intentional, or a natural part of the songwriting?

Well, it’s more of a natural thing really. I would say that we don’t really have a specific style when it comes to writing. We all love good music, be it jazz, rock, psychedelic, metal, prog, fusion…the list goes on and on. Basically if its good music you cannot deny it! And that’s what we do at The Ranch.

You’ve been really secretive about the new tracks. How long did you actually take to complete them?

Ok, let’s open up a bit to you! The writing process for one of the earliest tracks started when I was in India, which was one year before we recorded it (it changed so many times), and in the end we actually broke it down it to multiple tracks. That being said the main writing period was actually after the tours and all that (January – March 2017). This means we wrote most of the album in 3 months. It was crazy, I’m telling you! We worked so hard! We have met up pretty much every day for the past year. It’s been insane.

It seems safe to say that now, The Ranch is no longer a trio. Talk to us about the inclusion of vocals in the sound. What led the band to make the vocal role more dominant this time around? Are there any instrumental tracks at all? 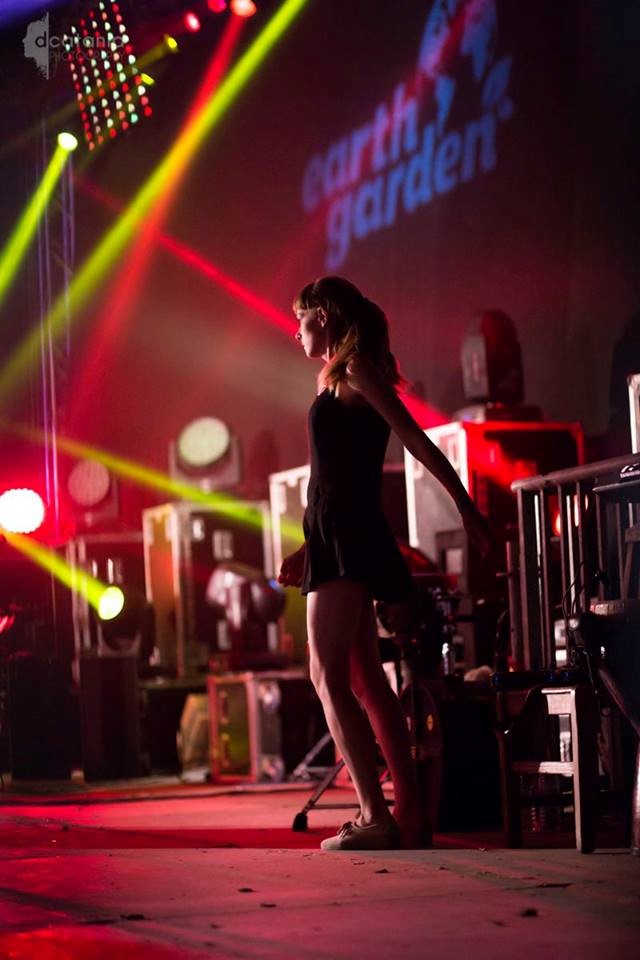 This is a weird issue, as we were never really just a trio. We are mainly three people who run all this and we constantly like to collaborate and bring in new sounds and people for different tracks. Yes, now Eglė (voice) has recently joined as a full time member in The Ranch, but it has not changed the direction so much as it has opened new doors for us.

Most of the album is still instrumental if that’s what you wanted to hear!

The use of brass was definitely a key part of Cuckoo Island. Will we get to hear more of it on the next album? If not, can we expect any surprise collaborations?

There is brass! We have Mark Harrison on saxophone, who we worked on for this last album, along with Sean Borg (who was also with us on the last album). As for surprises… yes, there will be loads as always! I think we surprised ourselves more than anything with this new album.

You’ve done your fair share of international touring between albums – clearly to great success (fun fact: I went to Le Guess Who? in Utrecht last November, and spotted one of your t-shirts in the audience). Asking how the touring went is probably a little pointless, so instead my question is this: do you feel that gigging internationally that extensively was enlightening in terms of how you would then approach the second album from a songwriting, or even marketing, perspective?

Honestly, I don’t think it affected the song writing, but what struck me most is the response we got. The people really did love it. People of all ages were buzzing all night, night after night! That made me realise that we really should be touring and getting our music out to the people more. We have met a lot of great artists and musicians along the way, who now are our friends.

What inspired the decision to give crowdfunding a try? And what’s all this on your crowdfunding page about a game?

I feel that times are a bit tough nowadays when it comes to bands making an income from their music, since music has nearly become completely free.
Don’t get me wrong. I would give my music away free anytime if I could, and think that it should be like that but things would have to be approached a bit differently. So we turned to our fans to help us this time. In return we will give them back special giveaways; lessons; small performances in their bedrooms or offices; some signed merch from the new album. We do not have high expectations for the crowdfunding, but it’s going well!

About Ranch: The Game – Like I said, our fans (Penguins) are the best, and we really thank them for their support because they really have supported us! So we’ve made a sort of collector’s card game, which includes most of the closest people to The Ranch. You will shortly see what I mean!

Word on the street (or rather, the impression I got from your Facebook page) is that you recorded the whole album in two sessions. Did you find that to be challenging?

Word on the street is wrong ! Nah, we recorded the whole album in under a week. We did go in for another session though to add some more surprises. The album was not challenging at all! We went in and had a blast. I think the most challenging bit is to make all this work out financially. That’s always the toughest bit.

Let me push my luck. Is there any chance you could give us one new detail about the album that the public doesn’t know about?

We’re going to make you SMILE! But I think the public knows that already!

Thanks for such a great interview! We are super excited for this new chapter in The Ranch to lift off. So hold on tight – here it comes! 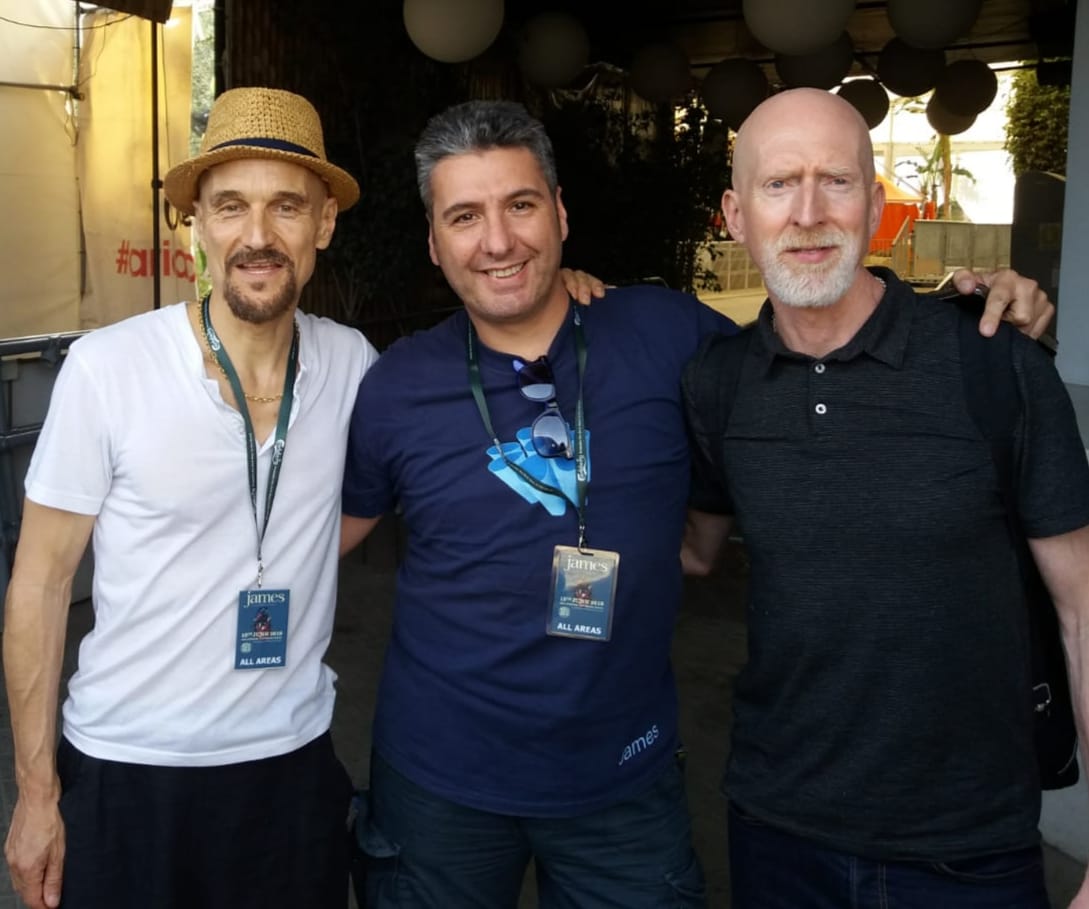 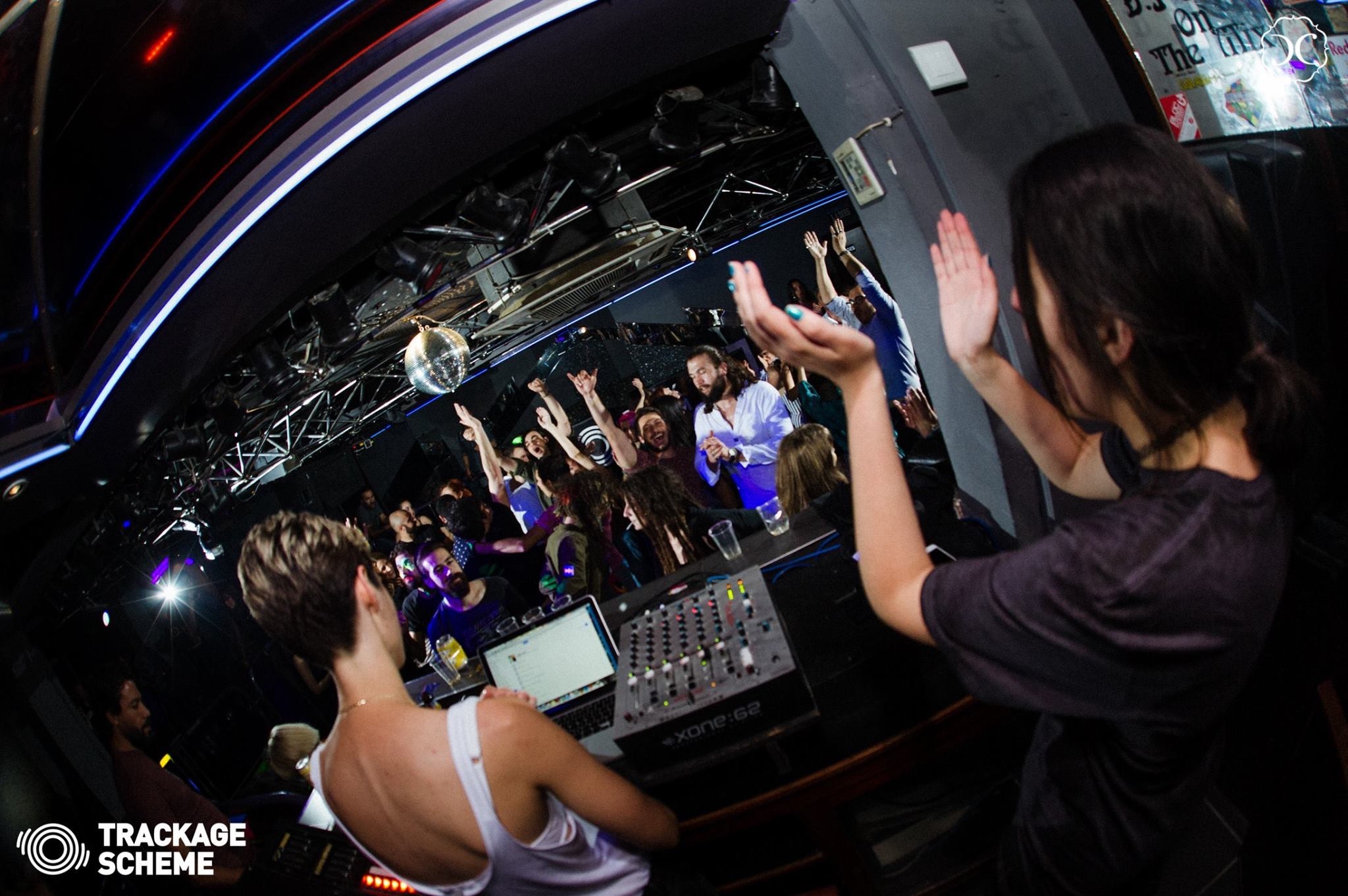