What do you get when you cross ‘Loveshack’ by the B52s, ‘The Model’ by Kraftwerk, and Ian Schranz’s special blend of fun-loving humour?

Something that sounds a lot like ‘Cockblock’, the latest single to come out of Bark Bark Disco, an experimental band fronted by Schranz himself with cameos from just about everyone who’s ever stepped foot in his Sliema pub and music venue, Hole In The Wall. This track in particular features backing vocals from folk prodigy Sam Christie, electro sweetheart YEWS and famed fashion photographer and friend Stef Galea.

What sounds like something Calvin Harris would come out with in his “early years”, (lol) think ‘Acceptable In The 80s’, is actually a deep and meaningful cautionary piece of penmanship about the perils of trying to hook up with someone but being metaphorically “blocked” by a friend. We’ve all been there.

“It needed to be written.” says Schranz. “We need one cockblock song, just like we need a Happy Birthday song” he explains. “It’s a functionally useful song. It’s needed. I identified a gap in the market. Somebody had to write it” he concurs. I know he’s not joking. And write it he did. 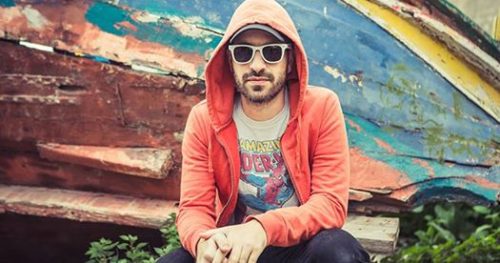 All tongue-in-cheek quips aside, it’s actually catchier than a case of teenage Glandular Fever, and perhaps one of their most radio-friendly to date, besides its subject matter. It’s quite something, and definitely deserves a place on your 80s aerobics workout compilation.

With lyrics like “Don’t follow me, gotta leave town, where bitches be falling’ from the ceiling to the ground,” it’s a far cry from the sweet and tender ‘Big Love’ off their first album, Holy Smokes, who’s video directed by Francesca Mercieca made the rounds last year, cementing them as one of Malta’s indie bands to watch. 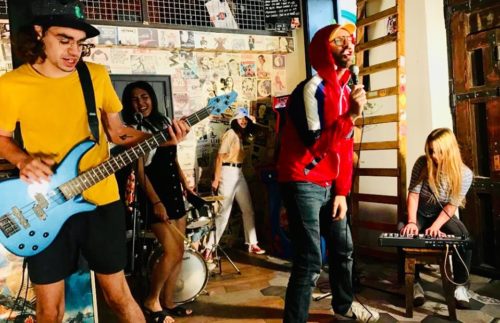 We’ve seen the more playful side of BBD before in tunes like ‘Honey I Love You Now’, (for tonight…), and the good vibes are infectious, not to mention the video featuring a cross-section of Malta’s alternative scene making Valletta their breakdancing mat.

This time, the video is a flurry of sketchy digital artwork featuring a neon Ian with a synth on his shoulder and some scantily clad twerking broads, created by “some guy off the internet”. And it works. Whoever he is, he’s captured the essence of ‘Cockblock’, a party anthem we can’t wait to hear at some plimsole-filled black jeans Fred Perry polo shirt indie night, ‘I Bet That You Look Good On The Dancefloor’ style, and just pretend it’s 2006 again. 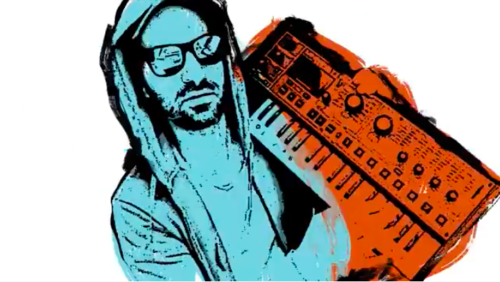 Does this mean there’s another album in the pipeline? “We’ll release a lot of singles to start with, and once there’s enough, there’ll be an album” Ian tells Trackage Scheme. You heard it here first! For now, Bark Bark Disco’s gearing up to take on the bright lights of Latvia and Belarus, which is notoriously hard to attain a Visa for. “I’m super excited to go” says Ian of his Eastern European adventure later this month. We’d love to see if ‘Cockblock’ goes down as well in post-Soviet Minsk. We’re pretty sure it’s a “thing” there too. Maybe they have a different word for it.