If you haven’t yet heard of Bark Bark Disco, you’ve been living in a different time zone, because the USA’s Midwest most certainly has! Straight back off their fun-fuelled American dream tour, BBD’s infectiously happy frontman Ian Schranz has a lot to say about how things went down. Next time, we’re going along with them. 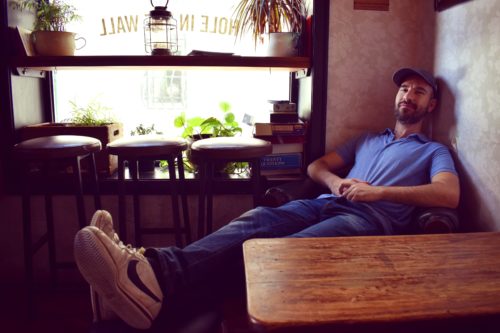 Hey Ian! Soooooo, how was the American tour?!

It was fantastic! Really good fun. We were there for two and a half weeks, travelling through the Midwest- Wisconsin, Iowa, Illinois and then on to California. It was super fun- the most fun tour of my whole life. 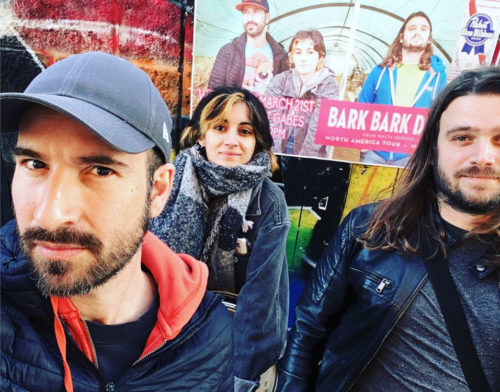 Some were proper shows, some were small, some better than others. We were on the radio too! In general there was always a really positive vibe. In the first five gigs we nearly sold all the merch.

How cool! So the crowds really responded well to Bark Bark Disco then…

The Americans are the best, really. They’re so friendly and polite. For one of the songs off the set list ‘Stop Making My Life Hell’, we’d include names from people at the gig like “Stop Making My Life Hell, Matthew” which was fun. Rebecca (Theuma, drummer and backing vocals) was a really important asset. She was like the star of the show. On ‘Maybe Baby’ we really started rocking out. It’s not like touring Europe where the venues can be quite cold. 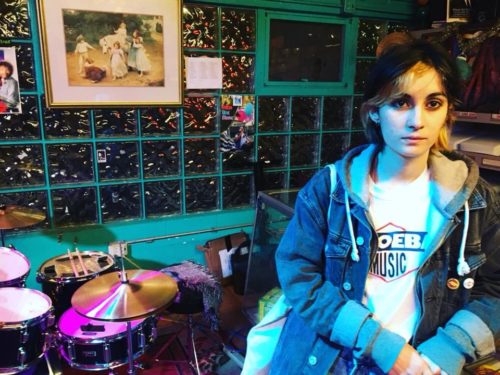 Ahhh I know what you mean about that. London can be a real pain to tour, especially playing shows midweek, and everyone’s a little too cool…

Exactly, I don’t need quirky/weird/hip. This is my sellout project and I’m not gonna hold back at all. Berlin and London are jaded, you need to find a virgin city… I believe in small upcoming cities. It’s now super easy with GPS and all… We landed in Chicago then slept in a different city every night before California. We spent four nights in San Francisco and played 2 shows there.

Nice! You’ve been in the music industry a long time, what wisdom do you have to share about touring?

I recommend that all young bands pack their bags and travel and play gigs. I say it to all the guys that work here (Hole In The Wall, Sliema, where even the bartenders are band members!). The internet isn’t a shortcut to success, you have to become like a door to door salesman. I’ve been in the music industry since 1999 with Beangrowers and our first single ‘Astroboy’.

Absolute tune. How was touring back then?

We thought we were the best band in the world and got a real reality check when we toured… It’s very healthy to get your ass kicked! We’d be playing alongside another band and think “Wow, these guys are insane”. In a couple a months we really got our act together after that. I highly recommend getting out of Malta to tour. 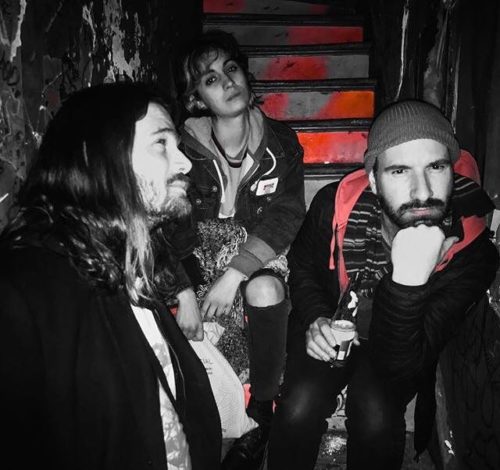 “It’s very healthy to get your ass kicked!”

No excuses. We have no big financial stresses. We have a passport that works and Ryanair is really cheap. Even if you work in McDonald’s for a month you can turn 1k with overtime. We’re a bunch of spoiled brats haha. Once you’re on the road your show and your merch should pay some of your tour.

Maybe start with Europe first eh! What did you guys eat on the road by the way?

There are three things we noticed. There’s this huge emphasis on ice in America. Drinks come with so much ice! They’re obsessed. 2. They use a crazy amount of plastic… Malta is so environmentally friendly in comparison.

That’s true, we are really good at keeping packaging at a minimum.

3. Everything has corn syrup in it. It’s very hard to get something normal to eat, especially for Rebecca who’s a vegetarian… It was very “American”- crazy huge burgers that you can’t even look at.

Oh gosh…So what did you end up having?

We had a lot of eggs because at least they can’t put any sugar on them.

Hahahaha. Good idea! So, your 11 track album Holy Smokes is out on vinyl, CD, MP3 and cassette (!!) on Minty Fresh Records- It’s very fun, I’m a big fan. And you’ve just got a record deal in South Korea! Where can we get the album from?

The album’s available from Hole In The Wall and online from Amazon and iTunes.