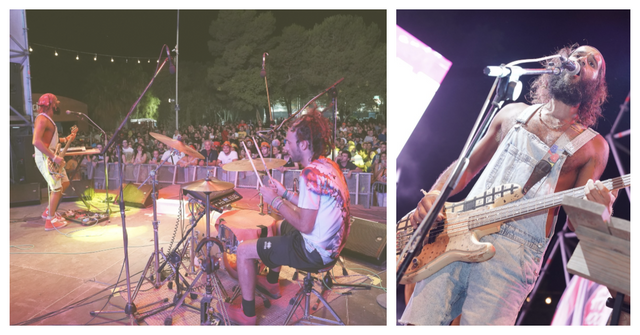 One of Malta’s favourite alternative duos, Beesqueeze, have released their latest single ‘Lost at Sea’. Trackage Scheme caught up with one of the Chrises – Kriz Haze – to discuss this compelling new track, which features eerie synth effects, a psychedelic atmosphere and an updated grunge sound.

Lost At Sea … what were the main ideas and concepts behind this tune and its accompanying music video?

Our music and visuals are always inspired by the stuff that’s happening around us. Lyrically, the song portrays an individual who’s in trouble and needs help. This is precisely the feeling that many in Malta are experiencing right now due to the environmental destruction and cement taking over the island.

How would you describe the typical Beesqueeze songwriting process?

The songwriting process is always fun. Like every other band, we have our space where we can get creative. As soon as a track is written, we start recording it. This we do ourselves. Then we send the track over to Temple Studios for mixing and mastering.

As two musicians who have been involved in a variety of other musical projects, what, in your opinion, makes the Beesqueeze formula ‘work’?

Very simple: it’s the strong friendship between the Chrises. We have been playing together since our college days. The commitment we have towards Beesqueeze is what keeps the band alive.

As a band, you’re super motivated to organise gigs in spaces which are not inherent gig venues. What’s your favourite make-shift venue so far?

Well, as some of your readers may know, we were heavily involved in the creation of Funky Monkey. That was a really good venue that hosted countless local and foreign bands. That venue is now dead…please refer to question 1.

Are there any particular plans in the pipeline?

Finishing the full-length album that we’re currently working on, and touring Europe right after we do that.