Mario Vella (Brikkuni) – The Man Behind The Front

His name and reputation precedes him, but Brikkuni frontman Mario Vella’s character is a little more complicated than his crude, straight-talking Facebook statuses will have you believe.

A thorn in the side of his attempted silencers, Vella has presented himself at his most vulnerable with the release of the track ‘Għadna’, a beautifully crafted lullaby about a comfortable and loving long-term relationship and its suggested tragic downfall, from the highly anticipated new Brikkuni album ‘Rub Al Khali’.

It’s more a song about love rather than a love song, championing the beauty in the mundane, or as Mario puts it, “Monotonija Sabiħa”– some things just sound better in Maltese. Everyone who’s ever been there will recognize the pitiful waltz of denial leading up to an inevitable fallout.

Vella has completely turned the tables on his trademark takedowns with this modern masterpiece ­– and I think I’ll go ahead with calling it that – a soothingly depressing, realist sequel to infatuation, as seen in songs like Malta’s beloved Xemx.

Far from coming across as scorned, Rub Al Khali is presented in the most gorgeous, sensitive way. It’s a pretty stark contrast coming from the “savage” we think we know.

It’s hard to stop a man who gives no fucks, and it’s even harder to kick a man when he’s down. It begs the question – is this the most complex man in Malta?

I met up with the enfant terrible for a drink to talk duets and death threats. 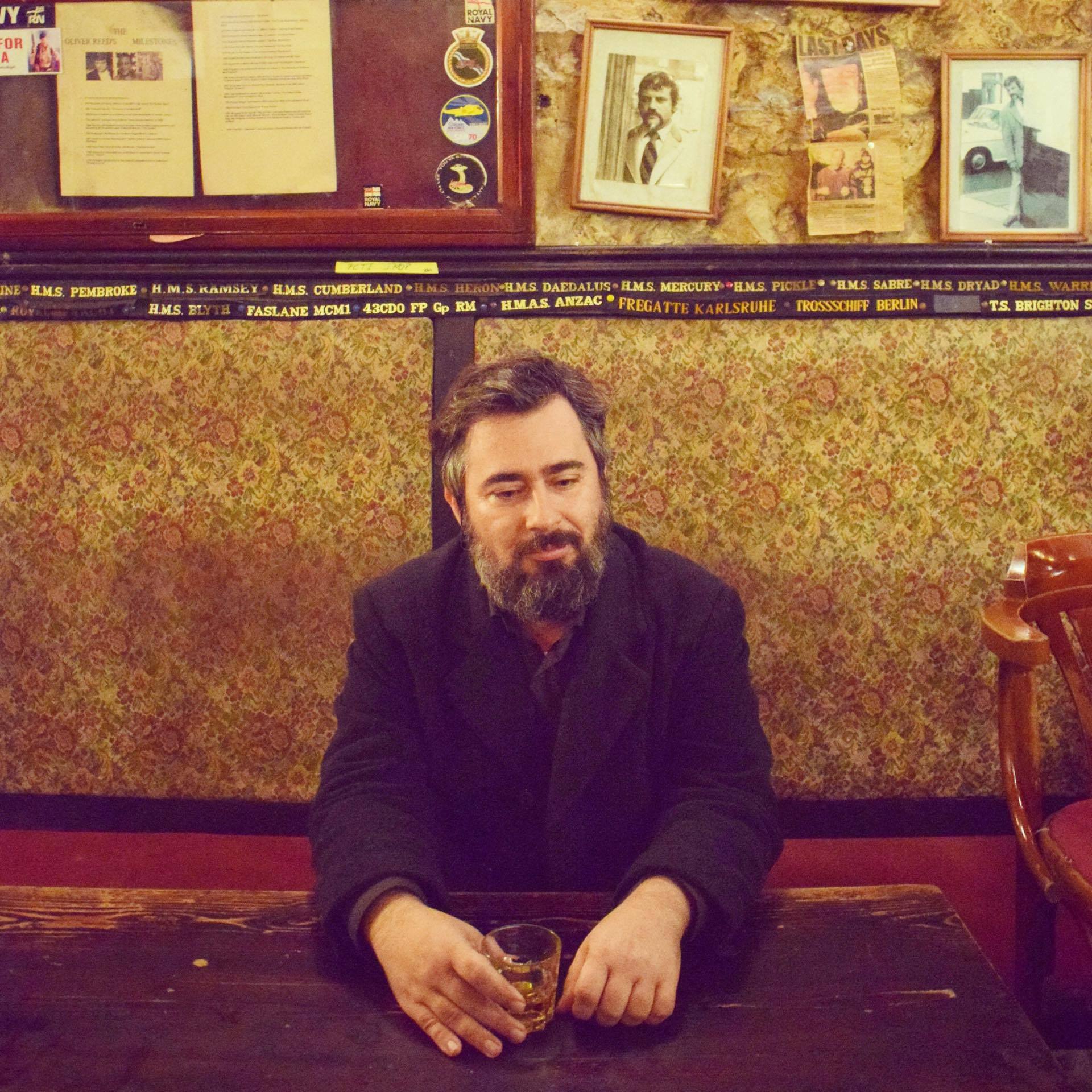 Hi Mario you wild thing, you must be stoked with the response Brikkuni’s had with your new track releases!

I’m pretty pleased with it, yes. It’s quite a departure from our earlier stuff. I was expecting some kind of reaction but not such a reaction. People seem to be really connecting with the songs, which is the whole point of songwriting at the end of the day.

I can imagine. How would you describe the new album?

It’s our “middle aged” album. It’s pretty existential and much concerned about death and the mythical nature of love.

It explores various aspects of being in a relationship, and while the mood is very somber it’s very careful not to slip into that token bitterness usually associated with that theme. There’s a levelheadedness about it all. 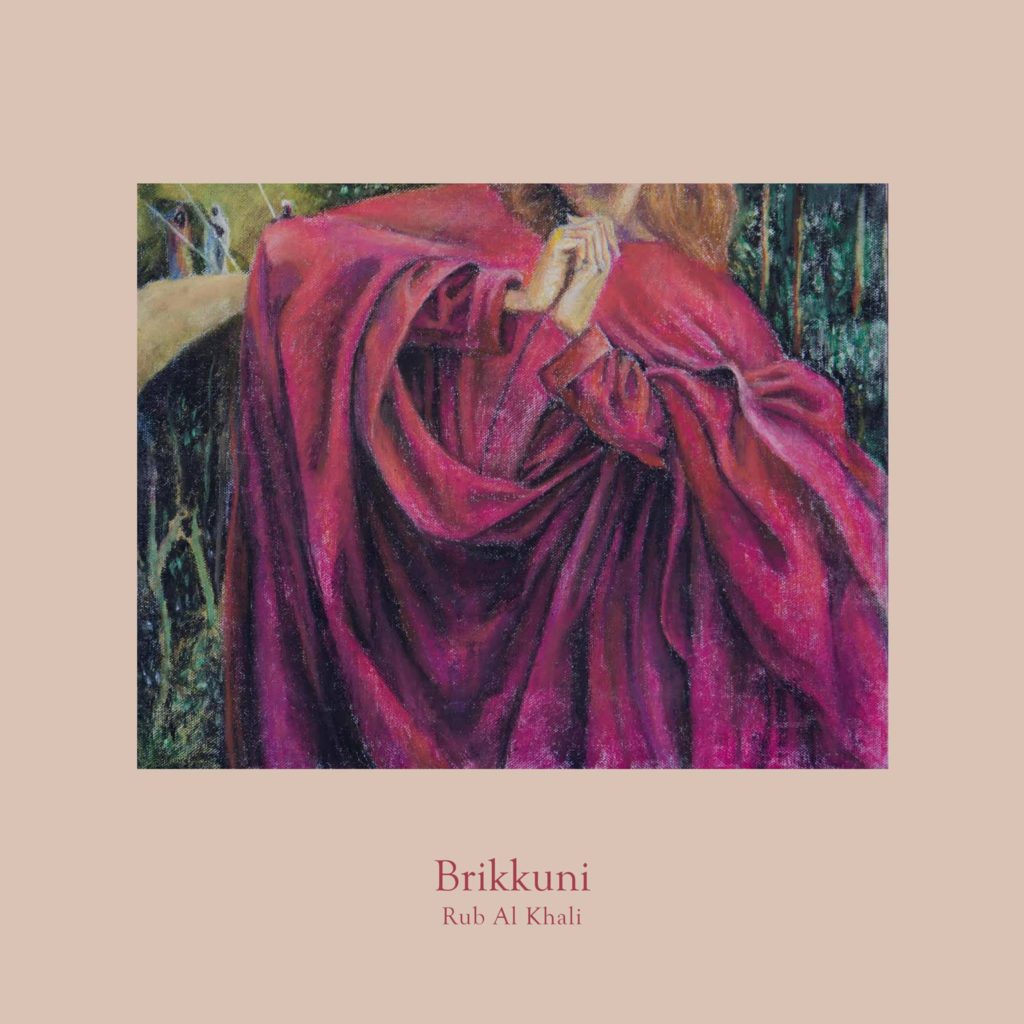 Rub Al Khali is named after the desert of known as “The Empty Quarter,” it’s the largest stretch of sand desert on earth. From a metaphorical point of view it’s pretty obvious to interpret the link between the musical content. Our last album was released in 2012 and there were signs that we were moving towards this direction…

Rub Al Khali is the realization of age. Life caught up at some point and I was going through a rough patch, questioning everything from what I was going to do with my life to the state of my relationship with my then-girlfriend. Needless to say we broke up by this stage.

I think that every songwriter worth his salt should try and uncover unchartered territory in a challenge to make his music more exciting for himself and for his music. But most of all I believe in being truthful to yourself and to what is going on around you. As our beloved Stephen J Morrissey would say, “You can only sing your life.”

I see. 2016 must have been a rough year for you then. What with that and your run-in with the establishment…

My run-ins with the establishment weren’t particularly tough to deal with. I quite enjoy it to be honest with you. It’s the domestic stuff that kills you.

Did you ever fear the worst? That you’d lose all your fan base and your career both on and off stage would be over?

I loved the fact that they censored it. I would rather have that on my CV than playing at the Beer Festival. I don’t think it harmed the band in any way, far from it. It consolidated our irreverent reputation.

We have our loyal audience who have stuck with us for ten years and I believe that they’re very much acquainted with the band’s ethos. I had no worries about losing our audience, and if we do so be it – we’ve had a pretty good run. Nothing has to last forever. 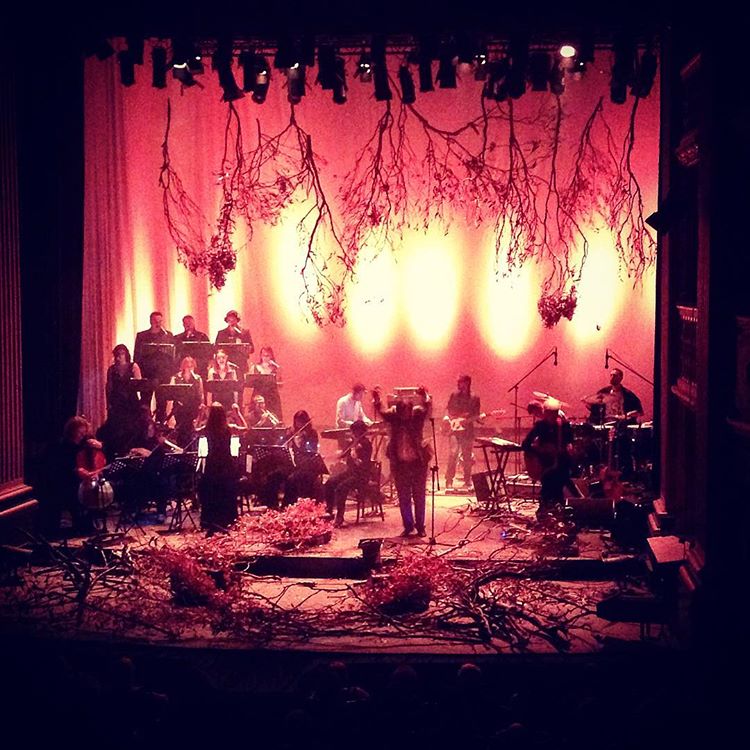 I’m not gonna lie I felt sorry for your bandmates. They must really know you well to have stuck around and trusted you like that…

Well they do occasionally question my ways but they are in no doubt about my earnestness. We don’t have to agree on everything. They have strong personalities of their own but prefer taking a backseat most of the time. They are also sensible enough to realize that my flaws and virtues are symbiotic.

I’m mostly worried about the people closest to me having to deal with the collateral of such mishaps.

Have you sorted things out with Farsons yet? It would be a shame for them to boycott Brikkuni when you’re more musically respected and well known than you’ve ever been…

Well I don’t think Farsons is losing any sleep over it and neither am I.

Haha fair enough. How are you going to combat gigging and touring for such a large Maltese audience, if not at somewhere like the Beer Fest?

Ta’ Fra Ben is just about right for us for large shows. Anyways, we’re pretty resourceful and always manage to find our way through the cracks. 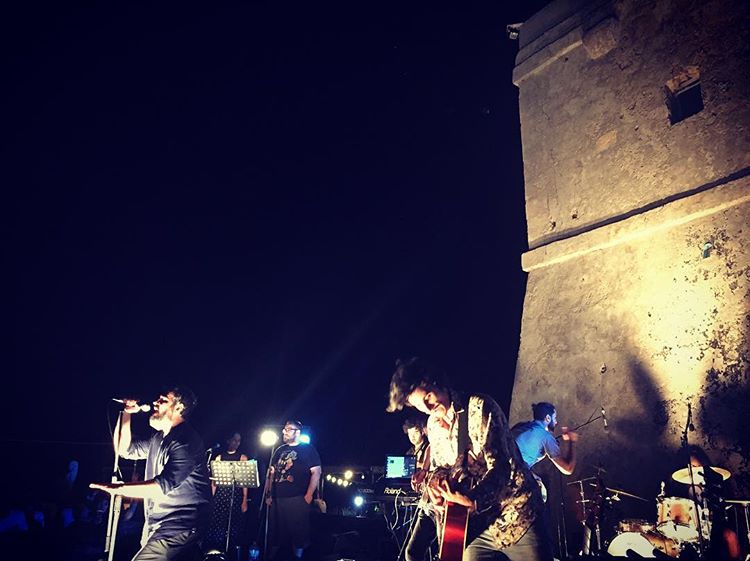 Brikkuni are well known for your inventive, extraordinary live performances. What will a Rub Al Khali gig look like? Is it going to be a sit down thing?

We’re aiming for a pretty intimate atmosphere that compliments the songs. But the choir and string quartet is beyond our means.

No not really, that was a luxury we could only afford once, and since I’m not exceptionally keen on constant funding we’ll have to adjust and rearrange. We’re pretty self sufficient, since day one. 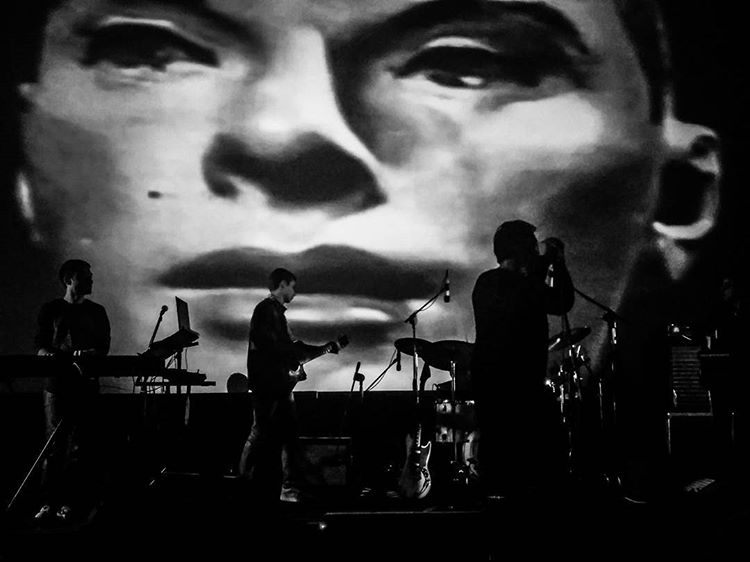 I can only thank you. We aimed for ‘good’.

I’d been meaning to duet for quite a while and this was a precious opportunity. I also think that Yasmin’s fragile voice serves as the perfect counterpart to my baritone. I hope we manage to work together again in the future. 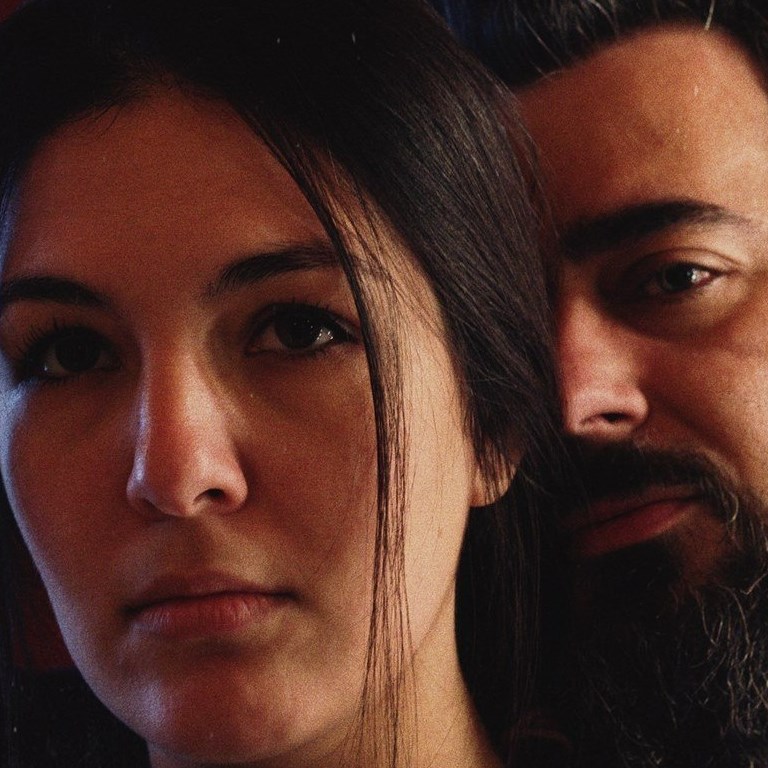 You’ve also entrusted Kim Pepe with vocals on yet-to-be-released upcoming song ‘Għaxar Snin’. She has an astoundingly beautiful voice. When did you realize you needed this female input for the effect of the album?

I was simply looking to collaborate with musicians who at some point or other drew my attention. I was looking forward to collaborating with Kim – she has an incredible, ghostly delivery. I also thought that a female presence was essential to ground the songs. I foresaw that I’d be working with these artists from the outset.

Kim’s collaboration came about pretty casually but I’m glad it did. She started singing backing vocals recently with us and sang melodies on Rub Al Khali and Għaxar Snin. This song was pretty much improvised towards the ending and she happened to be around the band at the time, which was great because her voice has a heart-wrenching quality that fit perfectly with our songs.

I for one am taken aback by the contrast of their voices against yours, they’re like the June Carters to your Johnny Cash. Qishom fjuri ħdejk.

That would make me a prickly pear then. Well I am supposedly the most horrible man in Malta…

I’m not reinventing the wheel here. We’ve seen it done before with duets from the likes of Leonard Cohen and Franco Battiato.

*Savage. Yes but I’ve never heard Maltese sound like it does in Għadna, with Yasmine’s singing. It just sounds so beautiful. It has an almost “Japanese” feel to it at points…

It’s the nature of the song, the melody has an Asian sound. I think this “Maltese” shtick is getting a bit old, the language is not important, although it is quite a characteristic thing to be associated with.

Perhaps. The music is just as stunning. Apart from Mario Vella, who’s the band? And who composes these tunes?

Brikkuni is made up of Jimmy Bartolo on guitar, recently replaced by Matthew Shields, Daniel Abdilla, also on guitar, Manuel Pulis on drums and Oliver Degabriele on bass.

This time round it was much more of a collaborative effort between Alan Vella, our keyboard player and old colleague of mine from the Lumiere days, and myself.

Alan takes on the lion’s share of the work as regards to arrangements. He’s a very talented guy. He’s quiet as a mouse and goes about his duty without much fuss. The rest of the band chip in once a song’s structure is pretty much complete. 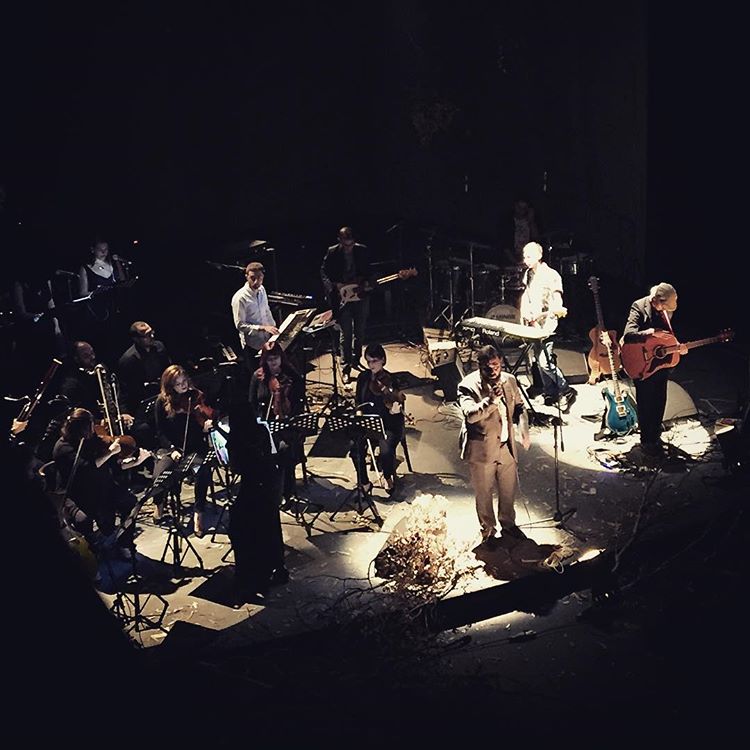 What can you say about Maltese musical talent at the moment, specifically on the indie circuit?

I think we’ve never had it better than we do now, and I expect things to get even better. This year we will be treated to both Brodu and Plato’s Dream Machine’s new albums being released which I’m looking forward to.

How would you describe your personality?

I’m not sure I’m the best person to ask about that, usually that’s up to somebody else to assess.

But I would say I’m an extrovert with huge insecurities. I also love a good time.

Are you a rebel with a cause or without one?

I think this “rebel” thing has been milked too much. I’m just somebody who doesn’t mince words and I just generally speak my mind without much filter.

Maybe, but you’re well known for your “savage” statuses on Facebook. Is this something you play up to?

I do tend to push people’s buttons and play around with my public persona. I love a colourful character and I suppose at some point I decided to have a stab at being one.

There’s a lot of irony involved in it all but I’ve always been taken aback by people’s tendency to separate the public from the private –it-tendenza li wieħed jgħid xi ħaġa fil-privat u jiċċensura pubblikament.

I love doing away with such a division. 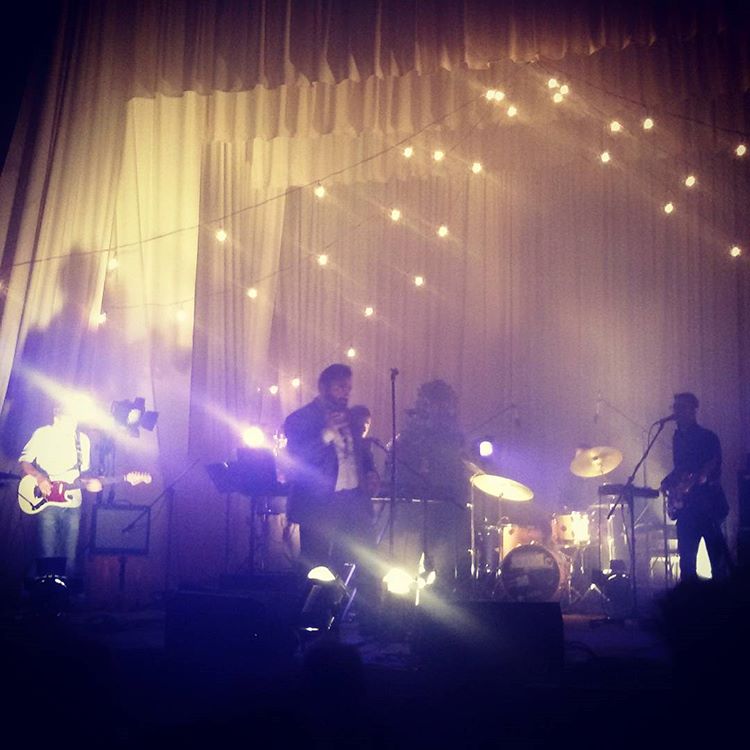 Do you ever get any hate or trouble from strangers in response to your more unsavoury statements when you’re out and about?

I do get the occasional death threat and hate mail.

And any love? Any admirers? Fan girls?

Haha “Fan Girls”. Well let’s just say it’s not like I have girls lining up outside my door, but yes, I do get the odd letter of appreciation…

Istja. Completely honestly, do you think you’ve built up some kind of historical Maltese legacy?

Hahahaha amazing. Back to the album. Your method is totally modern – a staggered online release followed by a CD and vinyl pressing. How long do we have to patiently wait for the LP?!

Just as long as the time it takes to raise the funds I guess. We should have something in hand by May.

Yay! Is that the CD or the record?

The CD and the record.

Amazing! One last thing. What’s next for Mario Vella and Brikkuni, what’s the sky high limit you dream of achieving?

We’ll leave it at that…Thank You Mario!

Come to think of it, even prickly pears are sweet on the inside.

The new Brikkuni album ‘Rub Al Khali’ will be released digitally next month on Bandcamp. You can check out the two tracks released off the album so far here.

Brikkuni’s Rub Al Khali Launch Concert will be held over two nights on the 5th and 6th of May 2017. More details coming soon.

Keep up to date with all the band’s latest releases, news and events by following them on Facebook.