Brikkuni’s Għaram: The Game Changer We Didn’t Know We Were Looking For

The Maltese population is in general a pretty opinionated bunch. We love letting everyone know what we think of just about anything under the sun (and anything else well beyond that), and the more verbal creatures within our ranks quickly discover shortcuts to notoriety. Nowhere is this more obvious in the local music scene than with Brikkuni’s Mario Vella, who can at this point very easily publish a book filled with controversial Facebook statuses and tongue-in-cheek comments. While a Maltese band is rarely fronted by a persona larger than the collective itself, I personally know many locals whose opinion of Brikkuni is heavily dependent on their opinions of its pudgy principal. However, as we steadily approach a decade since the band’s conception, things might finally be changing.

Save for the rare exception here and there, Brikkuni only make an appearance in the live music calendar once a year, so they always manage to pull a hefty crowd. The last time we got to experience tracks from 2012’s Trabokk and the now seven-year-old debut Kuntrabanda live was when the band shared the Greek Theatre stage with Beangrowers during last year’s Earth Garden festival — an event which, had it not been for that very night and Plato’s Dream Machine’s performance the night before, I wouldn’t have even considered going anywhere near to. Needless to say, that night in 2014 was one for the books. But it was one to add to the pages of a book that we had all gotten used to by now and was getting a little bit predictable. While Brikkuni’s songs are entertaining to listen to, fun to sing along to, and sometimes downright exhilarating to watch live, the band had been following the same formula year in year out. And while many would argue that you shouldn’t tamper with a winning formula, I couldn’t help but think that listening to the same (albeit effective and still eerily relevant) repertoire of songs once a year really was the most they could deliver. 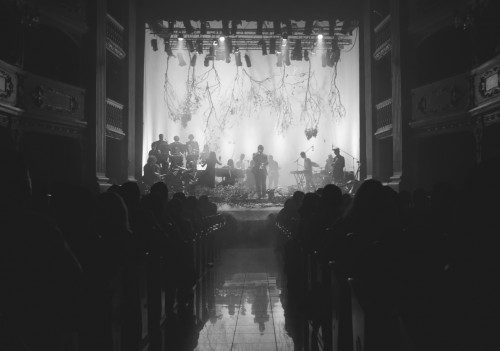 Having said that, all of what I just said lost most of its meaning in the light of what happened last weekend. All things considered, it’s safe to say that Brikkuni’s 2015 live offering is a weird and rare beast. All the previously unheard songs were exclusively written for the beautiful space of the Manoel Theatre, and while not the smallest band, Brikkuni has never before boasted a fifteen-piece orchestra at the eloquent hands of Véronique Vella amongst their ranks. However, with a third release looming around the corner in the first quarter of 2016, one can only hope that Għaram is a sign of things to come.

Going into this, I wanted to write as sparingly as possible. Everyone who was there knows exactly what went down, and everyone who wasn’t probably already does as well. The music was exquisite, hovering between the awkwardly personal to the gut-wrenchingly intense within a matter of bars. The execution was as close to perfect as one could ever hope for, and there were a couple of times where everything that was happening in front of and around me made me feel extremely conscious of my insignificant seat in the stalls. 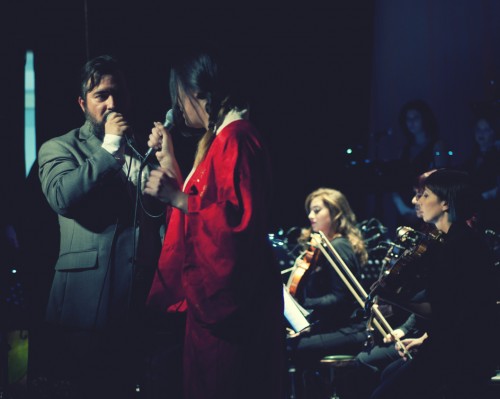 There couldn’t have been a better opener than the epic Rub Al Khali, with the hair-raising chanting of “Iddur kemm iddur, iċ-ċentru jibqa’ fejn ikun” of the song’s second movement ringing in my ears well after the song had finished. At times, the band’s folky characteristics gave way to some more intense post-rock elements, and even their older songs (to which thirty minutes were dedicated at the end of the night and predictably got the loudest applauses) sounded bigger, more mature and perfectly suited for the venue. Even Fil-Gallinar tas-Sultan’s outro with the whole choir shouting “X’ala bieb żobbna” sounded artsier than usual.\r\n\r\nThe stage decoration and lighting doubled every single emotion that any part of any song was trying to convey, and for a second or two, even Mario Vella himself — the man with something witty to say about everything — seemed a bit taken aback by it all. Some might say it was a welcomed change to not have the frontman’s snide comments puncture the seconds of silence between songs. I’d say it was the icing on the cake. 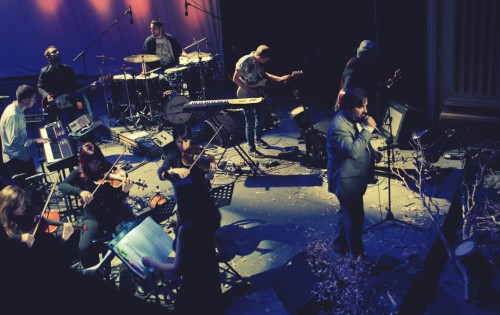 Years down the road, Vella was the only surviving member of the original lineup on the stage last night. That, coupled with his already larger-than-life persona, meant that a big deal of the night was going to in one way or another revolve around him. It always has, and one can easily be lead to believe that it always will be. But perhaps, Brikkuni’s biggest achievement last night was managing to challenge that idea. Yes, Mario directed a lot of the energy being unforgivably launched at the audience, but he sure as hell wasn’t the only one. Ironically enough, while giving what could arguably be seen as the performance of a lifetime, Mr. Pezzakustjoni was for the first time not the constant centre of attention. And for everyone who previously judged the band by its frontman and was as a result not completely sold on ”the whole Brikkuni thing”, this might have very well been the game changer they didn’t know they were looking for.

All photography by Chris Vella