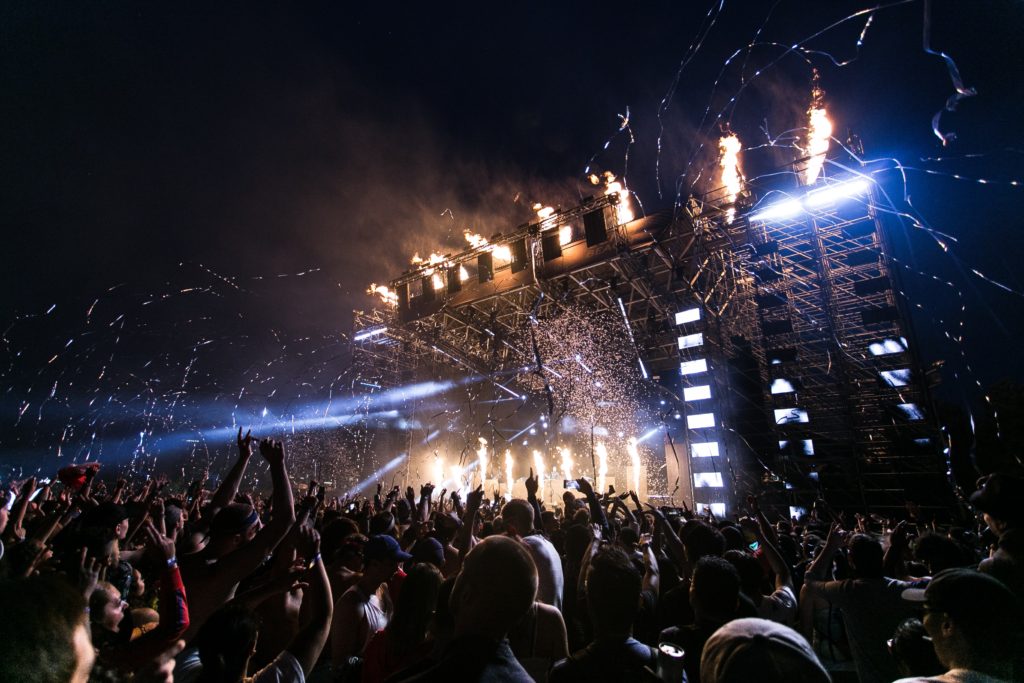 While Malta is experiencing parallel universes that feature ease of restrictions and the second wave of COVID-19, a lot of people have been asking: what is going to happen to Malta’s fledgling music events industries?

Musicians are heading online, and small venues are fighting for survival, as public performances in 2020 have been cancelled or postponed.

Personally, I wish I could consult a crystal ball to at least give me a hint about this contentious issue. However, the truth is, not even global industry leaders know.

To discuss this matter, I caught up with Maltese music events industry experts Nicky Scicluna (Frisco Disco), Shawn James (Be-wild Events) and Bettina Muchmore (The New Victorians) to see how bleak the present and near-future really are.

How have you been affected by COVID-19?

Nicky Scicluna: The restrictions that have been imposed due to Covid-19 have been both mentally and financially devastating. Over the past 11 years of curating events & djing, my work and social life meshed into one, so this has been very hard to cope with both on a personal and professional level.

Personally, it hit me in a way that I didn’t get to hang out with my friends and family so much since I live in Gozo now. But on the plus side, I got to spend more time with my girlfriend, and together we’ve enjoyed walking around the island, admiring the beauty that Gozo offers, along with movie binging, exercising, planting, and cooking.

Professionally I would say no work shifts from my daily job of a cinema projectionist, and also no B E W Y L D event organising at all. But this time has also given me some small joys as I helped out some good friends with getting musicians for their lockdown events of and sessions. And I also decided to run a blog series featuring interviews with musicians called – B E – INDOORS – https://bewyldblog.tumblr.com/.

Bettina (The New Victorians): It began with the theatrical performance we were composing and directing being cancelled. We had to break the news to the cast mid-rehearsal – it was heart-breaking. That same night we began receiving emails and calls from couples who had booked us to sing at their weddings. All weddings from March to June were postponed or cancelled, some couples even requesting deposits back. Eventually, it was confirmed that all Summer gigs are cancelled too. These are events we’ve been doing every summer for over eight years.

Personally, my husband and I had saved up for two years to go on a three-week road trip in America. This was obviously cancelled when travel was banned. My sister, the other half of the duo, was also meant to be getting married in May this year. She is still uncertain whether to move her wedding to November, to next year or to just go ahead with it together with her fiancé, within the limitations.

It’s been quite the rollercoaster. 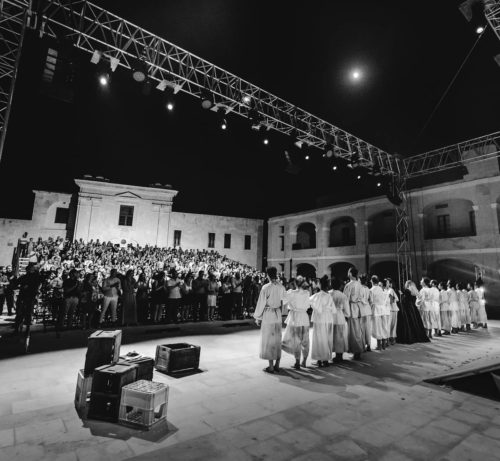 A couple of news outlets are stating that in Europe and the U.S, festivals and gigs aren’t likely to return till next year. Do you think this is the case for Malta?

N: Who knows… I don’t think anyone can predict the future, so we just need to take things day by day and hope for the best.

S: Well, it seems that a small number have decided to postpone for next year, one of which was Glitch Festival. I think it’s gonna take a while until people are allowed to gather in spaces to dance and listen to music. However, Kinemastik (as of the 22nd of May 2020) seem optimistic with their event still scheduled for the 31st of July despite the pandemic. If it does hopefully happen, I for one will be very happy to socialise in a good gathered event.

B: It seems until the end of the year for sure. We were working very closely with various theatres who have informed us that their spaces most likely won’t be opening till the end of the year, but even they are still slightly in the dark about this. With regards to festivals and gigs, it seems to be the case as even if things do get better, the gathering of large groups of people will still be discouraged for quite a while.

It’s common knowledge that in Malta, small venues are few and far between. In your professional opinion, do you see any opportunity for these small businesses to power through this crisis?

N: I’m not a venue owner, so I cannot really comment confidently on this one; however, I would like to think that the lift of certain restrictions & support from the government will help them stay alive.

S: Well, if you can list ‘Cafe Society’ as a venue, it did power through, with its online pop-up bar of ‘Society Affairs. Aside from that place, I do not know of any other venue that powered through, because of the fact that Malta and Gozo just don’t have any.

B: Absolutely! We hope so! We have been in discussion about how important small gigs will become – dreaming of bar hops, chapel hops or even living room performances becoming more of a norm, where people can gather, but not in very large groups. Will people remain in fear of public spaces? Who knows – open-air gigs? In tandem with online gigs and webinar-style performances where we can engage with audiences in some way? 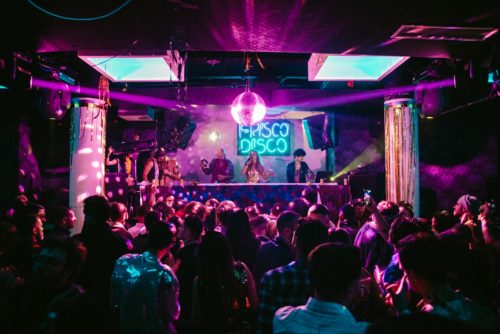 How are you handling challenges such as refunds, touring artists who had to cancel their appearance, restrictions etc.?

N: The hit has been extremely challenging & upsetting. At first, we had hope that we could postpone and that this will all blow over in a matter of weeks. However, as time went on, we realised that the whole structure of events might need to be reformed.

Another upsetting factor is the timing, that all this kicked off just before peak season. The worst thing is not knowing where you stand and waiting in anticipation as to how we are going to have to operate once the situation starts to improve. There are many questions that both event organisers and venue owners are asking, but nobody has the answers.

S: Well luckily enough B E W Y L D didn’t book anyone beforehand during when the COVID-19 hit. I’ve spoken to a few artists who I know that had to postpone their European tours, and maybe once it’s OK to have gigs again, then I can try to get them to come to Malta. But the challenge I’m facing at the moment is trying to find a venue to start up and get going, cause as you already mentioned in the question before “It’s common knowledge that in Malta, small venues are few and far between.”

B: Thankfully from our end, we’ve only had to give a few wedding deposits back, which we felt we should do because we understand both sides; that this is equally disappointing for couples and event planners who have had to let us down.

For us the challenge now is future performances – it feels like even now we are creating for a time in the future we don’t yet understand. Sure we can write music and produce tracks and develop ideas for shows, but really the money is in the performances not in the online releasing of material. When we can’t perform, where is our income going to come from? 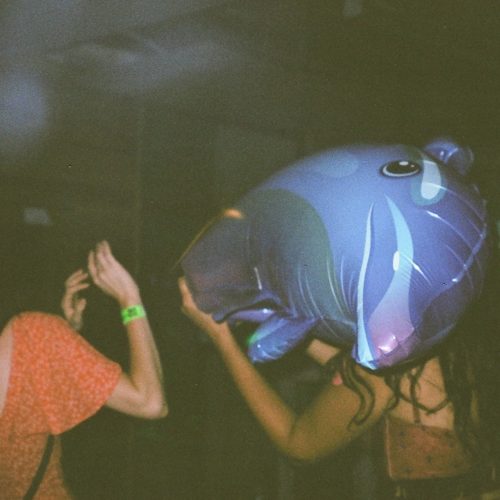 How can fans support artists and events companies during the Covid-19 period?

N: Purchasing artists music/merchandise can, of course, help them out financially; however, I think the best way to support event organisers right now is to keep showing their love & positivity. Hopefully, we will all be dancing together soon.

S: Well they can buy their music from Bandcamp, or order records or merchandise personally from them. With events companies, I can’t speak so much on behalf of Malta, and Gozo, as there aren’t any. But maybe ticket buyers of festivals can instead keep their ticket for next year’s editions, rather than ask for a refund I guess.

B: Listen to our music online – any little bit helps. Most artists have Support and Donation pages where fans can show financial support online should they feel able to do so. But mostly, since everyone is going through this tough time together, let us know you’re still there, supporting us as we figure things out.