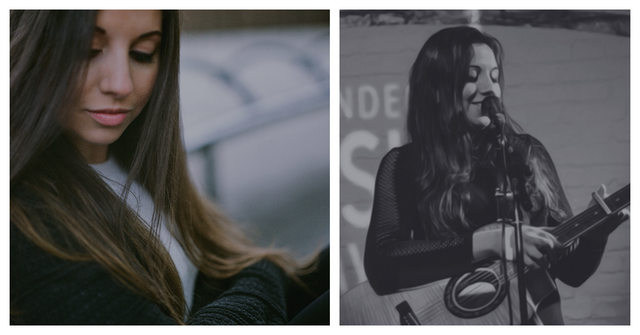 Dana McKeon is mostly known for her earth-shattering beatboxing skills. However, the Maltese, London-based artist is also a proficient songwriter and vocalist who’s making waves in the London scene. In spite of her busy schedule, we managed to catch up with Dana to discuss her exciting career.

If you had to choose one artist who influences you the most, who would it be?

I’ve always had very eclectic musical tastes, however, I distinctly remember the moment I stumbled across Bobby McFerrin’s live polyphonic performances on YouTube, where he captivated an entire theatre audience simply by using his voice and body percussion, using his body as his only instrument. I had just started beatboxing around that time and found the vulnerable, organic qualities in his performances and the emotional connection he created with the audience so inspiring. That idea of creating deep connection through the beauty of raw simplicity has been a major influence in my artistic endeavours.

Undoubtedly, you’re mostly known for your unique beatboxing style. How did you discover this musical art form?

I get asked this question a lot and the best way to describe it is as a “happy accident”. In the midst of a painful basketball injury to both my thumbs, which left me unable to play sports or guitar for a while, I playfully found a creative outlet through imitating songs on the radio while studying for my Physiotherapy exams at University. I had never heard of beatboxing but those beat imitations swiftly turned into more fine-tuned sounds and I eventually came to learn that these self-taught techniques were part of an art form called beatboxing. Before long I was training for the Beatbox World Championships and the rest is history!

In what ways has your musical career flourished since moving to London?

Moving to London marked a massive milestone in my personal and artistic growth. The past 7+ years have been both challenging and immensely fulfilling. Living in a multi-cultural city and being surrounded by creatives gives me access to so many new ideas and ways of thinking. So many new doors have been opened through networking and putting my music out there that I’ve been able to design a life that’s full of music, creativity and connection. My career’s all about making music that moves people, be it through heartfelt songwriting, collaborative production, studio recording, performing around the world or delivering empowering workshops to inspire others. Getting out of my comfort zone and moving to London was instrumental in making this vision a reality.

Are there any particular performances that you’re 100% positive that you’ll never forget?

• Winning the University of Malta’s Singer-Songwriter Showcase with my first on-stage performance of my first ever original song. You never forget your first time.

• Representing Malta at the Beatbox World Championships where I got to make history in hip-hop culture, both by officially putting Malta on the international beatbox map and as one of the world’s female beatbox pioneers.

• A live home-studio recording of “Little Miracle Of Mine”, an acoustic song I wrote on request of a music publisher about new-borns. That emotional performance led to hundreds of messages from new mums expressing how much the song helped them connect with their baby, process the turmoil of postnatal depression and even helped them in the run-up to or while powering through childbirth. Knowing how that simple home recording made such an impact definitely makes it one I’ll always remember fondly.

Are there any specific goals that you’d like to achieve in the next couple of years?

Over the past few years, I’ve mostly been focusing on writing and recording music for TV, film and various artists. I’m now looking to release more of my music as a recording artist and to take my international touring up a notch.

A big goal of mine is to write and publish meaningful songs that connect deeply with people and have an empowering social impact. I aim to continue pushing the boundaries of melodic vocal percussion and hope to inspire a new generation of Maltese and/or female beatboxers.