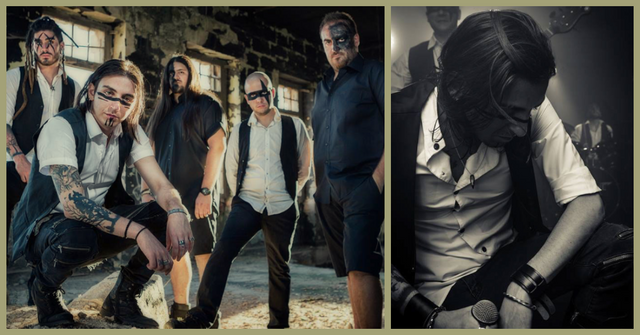 Decline the Fall are one of Malta’s leading progressive metal bands. After supporting international acts such as Mayhem, Rotting Christ & Lacuna Coil, the group are taking their career to the next level by performing at the esteemed Bulgarian festival Hills of Rock. Trackage Scheme talked with frontman John ‘Castiel’ Gatt ahead of their appearance at this prestigious festival.

How did the band come about?

This band started with a completely different lineup. After the lineup change, we decided to scrap most of the old songs and start afresh since we noticed a move towards a different musical direction.

Which bands/artists have had the most significant impact on Decline The Fall’s music?

In our case, each member listens to different bands and genres. However, Killswitch Engage is a band favourite.

In your opinion, what are the main obstacles that hinder Maltese artists from ‘making it’ internationally?

The mentality here in Malta is a big issue. Most people don’t see our music genre as art. There’s the idea that it’s satanic, which isn’t the case.

The lack of venues and rock/metal supporters is another problem. Our genre is limited to a small group of dedicated fans. We’re lucky that we have The Garage as Malta’s rock/metal venue. However, performing at the same place does get very boring!

Another big challenge is financial support. To reach an international audience and tour abroad, you need to pay a lot of money for high-quality recordings, promotion, music videos, travelling, etc. We pay for all of this out of our own pockets. The money we make from gigs is not enough to cover all of the expenses involved.

What are you most looking forward to achieving as a band at Hills of Rock?

This performance is going to be our first experience playing on such a big stage and at a festival as renowned as Hills of Rock. We’re mostly looking forward to experiencing what big bands do on a daily basis.

Are there any other plans in the pipeline?

Right now, we’re recording our first album. We’re hoping to release it by the end of the year. Our single Composing Madness serves as a taster of what our record is going to sound like.