DrumFest: An eclectic festival taking over the Maltese islands

Malta has seen its fair share of festivals over the past few years. However, few have come close to what DrumFest is set out to be. The organisers behind this festival have described it as a fresh and pristine musical interaction. It all started when the Unpredictable Events team came up with the idea to organise a rock and rave festival on the island, clustering a number of different genres. The amalgamation of different musical elements was geared up to create a unique experience for the attendees.

“The idea behind this festival is to use the power of music to connect people from different musical backgrounds. Our goal is to connect groups together for a festival to remember,” Gilbert Mizzi, founder of Unpredictable Events Limited said.

DrumFest is a rock and techno based festival conceived to take on a holistic approach towards music on the island, uniting genres and generations along the process.

For the first time ever, a synchronic medley show will take place — combining the talents of over 85 Belgian and local drummers.

“We made a call for local drummers since it was our intention to give this unique opportunity to local talent too. It was very successful and we’re expecting a great show from Kortrijk Drum and the local drummers who have already submitted their applications,” a spokesperson from DrumFest said. Needless to say, this will be a unique experience for the public and the performers alike. “We want to operate a first top-class festival in Malta and provide the best and safest possible festival experience, giving each music enthusiast, the opportunity to share this experience in an amazing environment,”

The headliners for DrumFest are being released one artist per day, however, the full list will be made public sometime next week. On the first day of the festival, local rock bands will be performing, among which are Airport Impressions, Areola Treat and Manatapu. Later on during the day, the synchronic drum show will take place, followed by international artists T. Raumschmiere, Vitalic, Anthony Rother and Dr. Lektroluv. 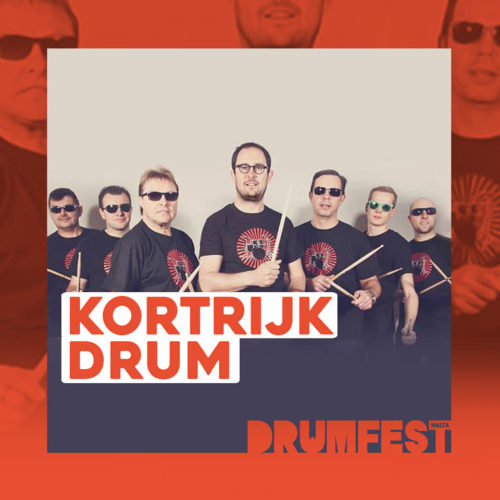 Kortrijk Drum will be performing alongside local artists

On the second day of DrumFest, we will see a number of techno artists performing, including Johannes Heil, Luke Slater, Shifted, Sterac, Dave Clarke and drummer Dario Rossi among others who are yet to be announced. Local performers Owen Offset and Reactant will also be taking over the stage on the day.

It was revealed to Trackage Scheme that Habs Akram will be running the visuals at DrumFest.

“We’re promising a great show. Akram is the visual king and worked as a personal visual artist for Carl Cox. He’s been doing visual artistry for over 20 years and has done visuals for big dance events worldwide. It’s really amazing to have him at Drumfest,” One of the organisers said.

What really sets DrumFest apart from other festivals which take place in Malta is their target audience. “We’re all different, but music connects us all. This festival was organised to highlight this connection. We want to see new faces in our audience too. People who are interested in having new experiences with different genres,” A spokesperson for the event told us.

The team’s aim is to give the crowd a different and unforgettable vibe “We want to take rockers and ravers on a roller coaster of emotions, an unforgettable one,” the team said.

The team behind Unpredictable Events Limited is a group of music enthusiasts coming from different walks of life, brought together by their love for music. The dynamic team is formed by Gilbert Mizzi, Owen Xerri, Jaden Borg, Liam Vella and Simon Abela.

DrumFest will be held from the 14th till the 15th of June at the National Park in Ta’ Qali and Liquid Club, San Ġwann. Tickets can be purchased here.