After last week’s break due to bad weather, we’re back again this Wednesday with more fuzz than ever!

Fuzzhoneys consist of Francesca on guitar/vocals and Caroline on drums/tambourine, both born and raised on the sunny island of Malta. The sound can be summarized as garage blues-rock, with some elements of girly punk and soulful groove.

The fuzz started to grow in the summer of 2012. Francesca and Caroline’s paths met and they quickly discovered that they shared similar music tastes of bands that made history for them. Therefore, they thought it was a good idea to plan a jam just for the fun of it. Turned out to be very effective, as that was when they wrote Chemistry. It took them a while for them to realize that they could actually become a band, as they became close friends through this constant musical meet up. The similarities between what they like to listen to and the way they play separately took them on a collective style of its own which grows stronger every day. By summer 2014 Fuzzhoneys got the first chance to play live and with a set of eleven original songs, they gave it a shot. After that experience they played ten gigs, one being in Kings Cross London. Fuzzhoneys’ sound progressed from writing songs from intuition to the aim for the live energy. The band released a music video for our first recording Soul in September. They’ve got a series of funky surprises coming up soon, collaborating with video, theatre and a Demo CD for anyone who wants to listen to them in between gigs.

Don’t miss out on this top Maltese band this Wednesday, 19th August. 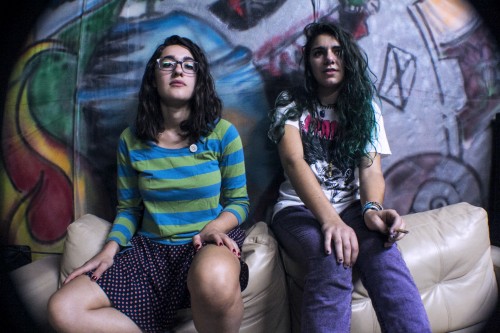 Rock for Richmond 2019: An alternative festival with a noble cause