It’s easy to see the success of the Maltese techno and electronic music scene in 2017. With more and more foreign artists coming to the island, bigger festival names entering the Maltese calendar and international outlets hailing Malta as a new dance hotspot, it seems like all is coming together fine.

But to see this without seeing the decades of work, dedication and underground events that set-up this rich framework would do a disservice to those who danced before us. Groups like Squadron, Shift and Badbox held techno events in the years when the crowds were smaller, the budget tighter, the scene not as settled and firm.

Walking into Glitch Festival 2017 seems like the ball that starting rolling years ago has finally crossed a certain line. With a full-on festival vibe unlike Creamfields or other similar festivals in Malta, Malta’s very own house and techno fortress loomed above everyone in Gianpula fields, set up by Maltese people with a clear plan for longterm domination.

With a packed line-up that featured everything from the hottest current producers to some international legends, Glitch had something for anyone with even a slight interest in electronic music.

The Glitch team, which consists of members of the aforementioned squads, wanted to create a balanced event that covered the interests of all of the team, in effect covering most of the interests of the Maltese market, and this is strongly reflected in the lineup.

That said, there were a good number of foreigners at the event as well, showing that Glitch’s allure reaches beyond the Maltese shores, and that the festival’s bill was something to get excited about wherever you were.

This could be seen on the first day on the main stage. After having the crowd warmed up by sets from local DJ manthrax and German DJ Recondite, British musician Jon Hopkins hit the stage to give the crowd an hour and a half of his progressive electronica. 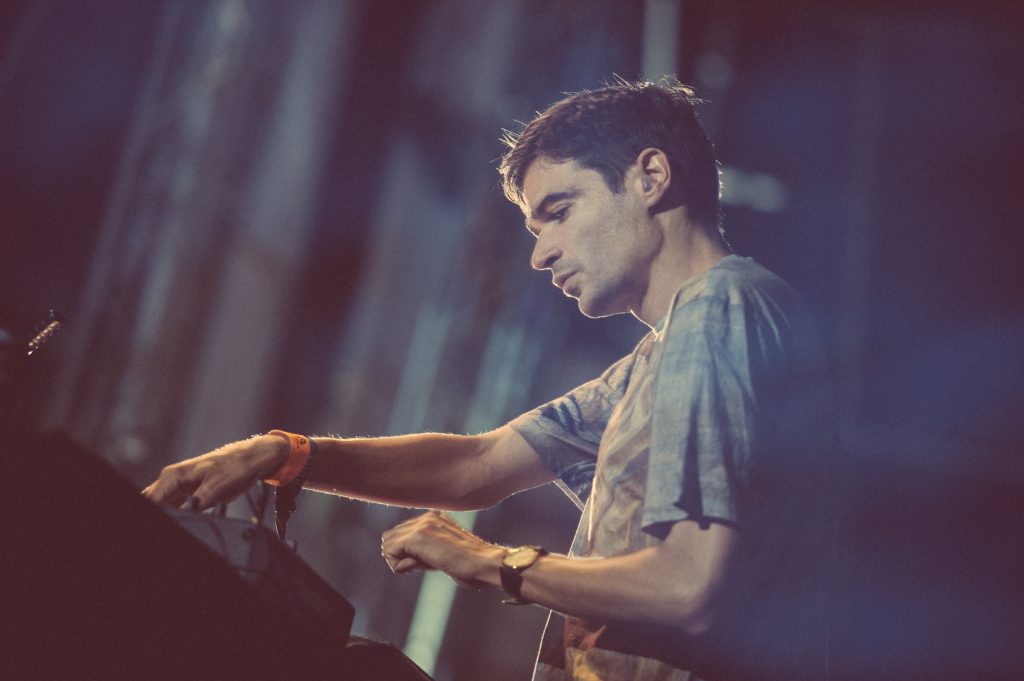 Jon Hopkins has worked with everyone from Brian Eno to Coldplay, and it showed in his melodic take on techno – long build-ups leading into deep semi-drops that keep you waiting for more. Mixing elements of ambient into this pulsating, evolving sound delivered a gripping but not overwhelming fusion.

One certain DJ that you could tell the crowd were hyped to see was Maceo Plex. He took the stage and started off with a soundscape that seemed to never end – but the people still kept their arms in the air, irregardless of whether there was a beat or not. Eventually, the opening chords of Polygon Pulse by Maceo Plex feat. DNCN started fading in, to the rapture of the crowd. 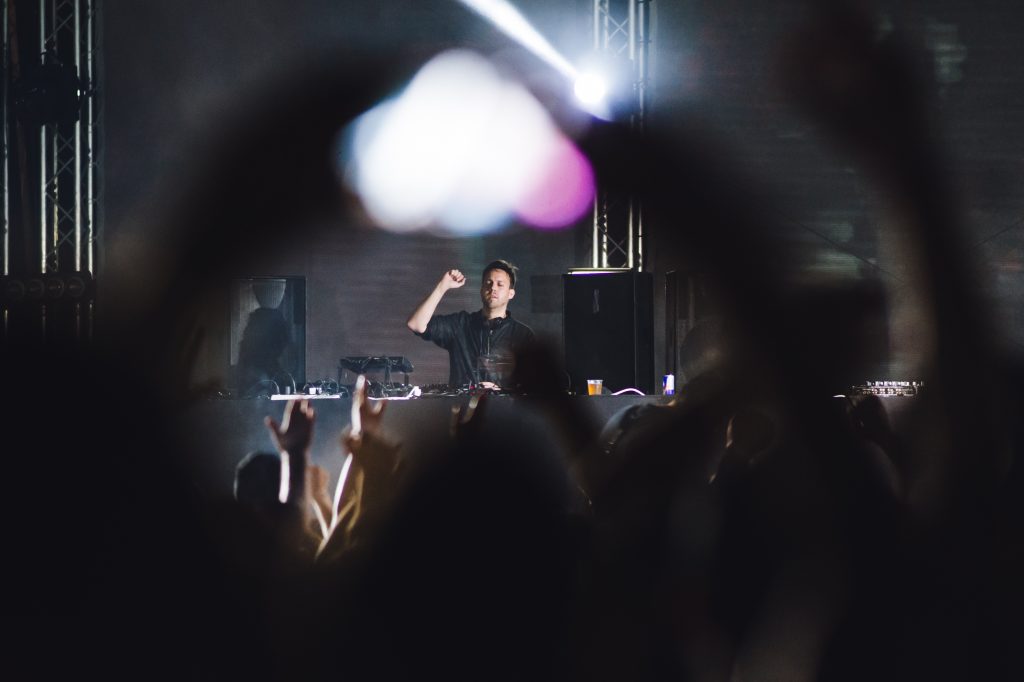 Once he started flowing, he got to work. His pounding techno with a modern touch also brought in classic acid sounds for good measure and Maceo Plex deftly employed rolling snares on the regular, bringing in fills just where they were needed. This was evident in tracks like The Journey by Florian Meindl or Techno Rausch by Theo Schmitt.

At one point in his set he unleashed a drop that was perfectly timed with a line of fireworks that burst from behind the stage; it was quite the scene.

Over at the Cosmic Stage Cain was picking up the tempo on the vinyls. Mixing electro-influenced sounds with bold techno and some progressive and acid touches, his set was a great alternative to the Fortress Stage. 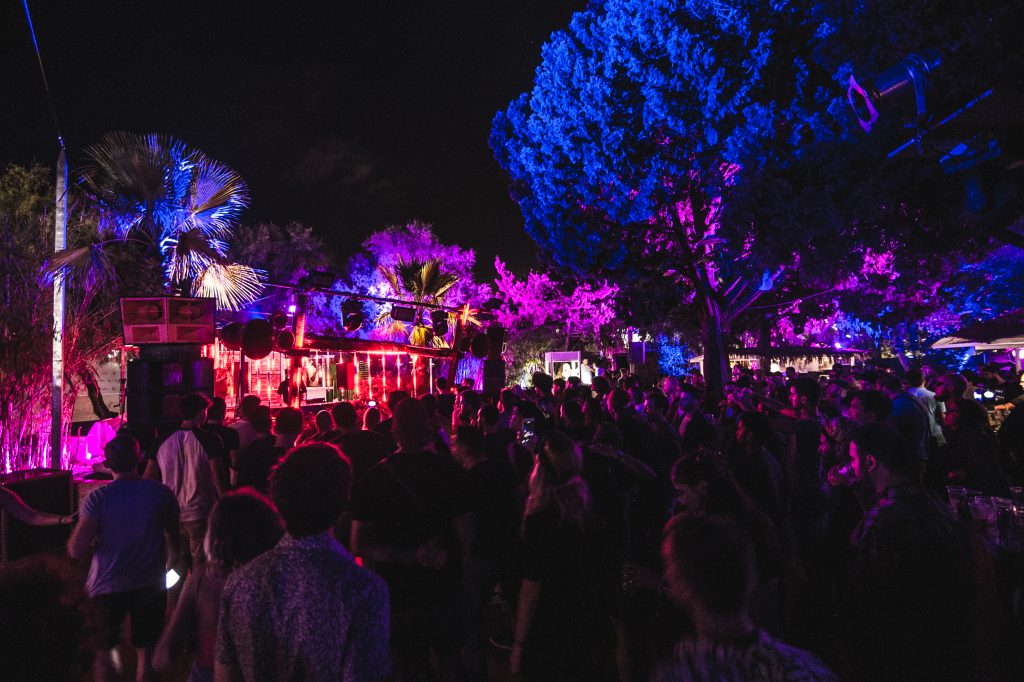 As the crowd followed further into his rhythm the area began to swell, and as Maceo Plex’s set ended the area soon became packed and pumping, setting the perfect tone for Blawan to take them into the night. 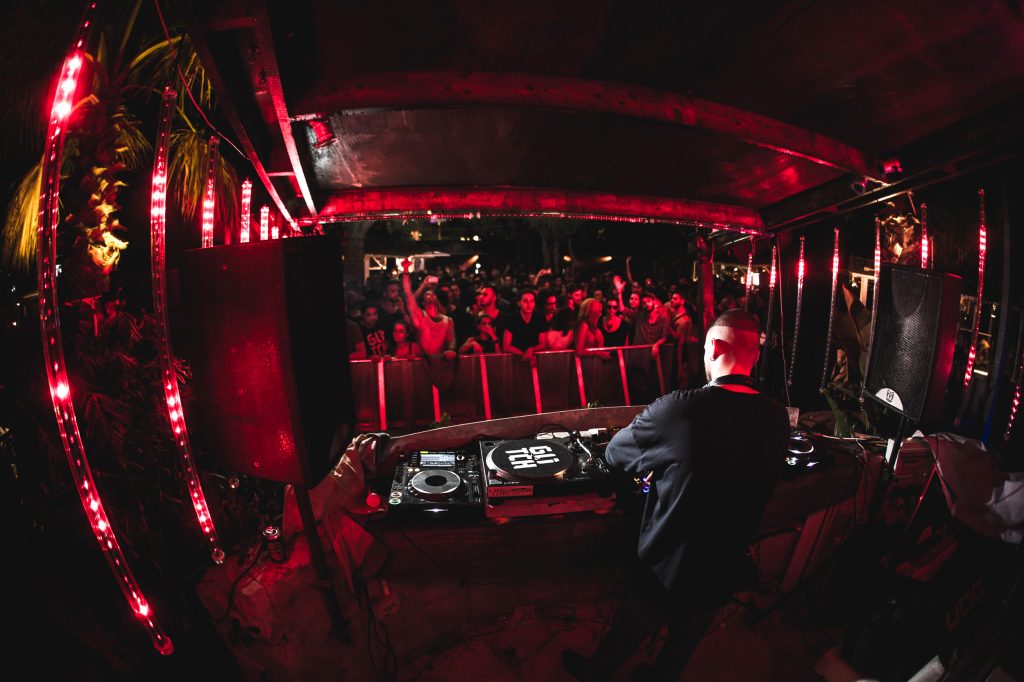 Kerg was dropping some technical beats over at the Hydro Stage. His different take on electronic music, as can be seen from his work with Binary Funk, makes the listener focus on the snare, not the kick, which is unusual for a techno festival, but very welcome.

Bringing in some of the best hi-hats of the festival, he easily moved between his breaks and drum loops to great effect. Tracks like DJ Normal 4 feat. F.B. Wibe – Hu Strike took the breakiness to the next level.

Following Kerg was Detroit legend DJ Stingray. Wearing his trademark balaclava, he played around with Kerg’s last track before mixing in himself, with no break. He started off in an electro vein before literally stopping and going straight into some straight old school techno, with the Detroit flavour all over his set. 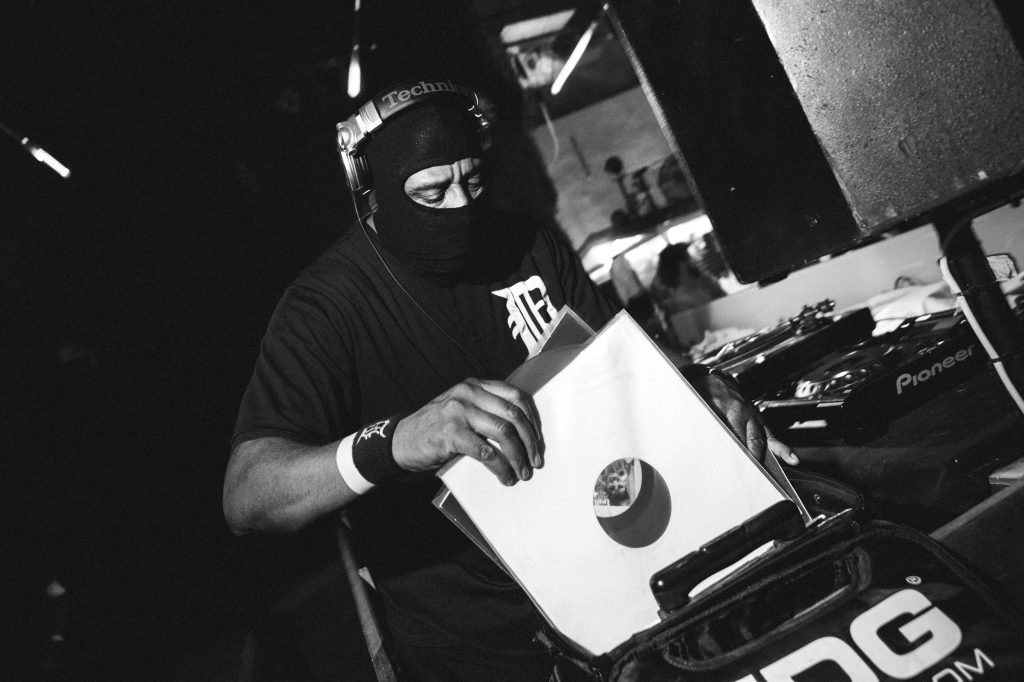 DJ Stingray veered into distinct territories, bringing tracks like Drexciya’s Cascading Celestial Giants in among the electro and techno, sometimes making it feel like he was sometimes truly playing to his own tune, and we were just spectating: and that wasn’t a bad thing at all.

Day Two brought both the techno and the rain, with afternoon showers leading to a quick rescheduling of times. But if anything thought rain was going to dampen the party they were wrong.

Mr. G mixed up some deep bass, great samples and funky beats. But he also gave the crowd what was one of the most talked about moments of the weekend when he headed out to centre stage and proceeded to bust a move. Or several moves. 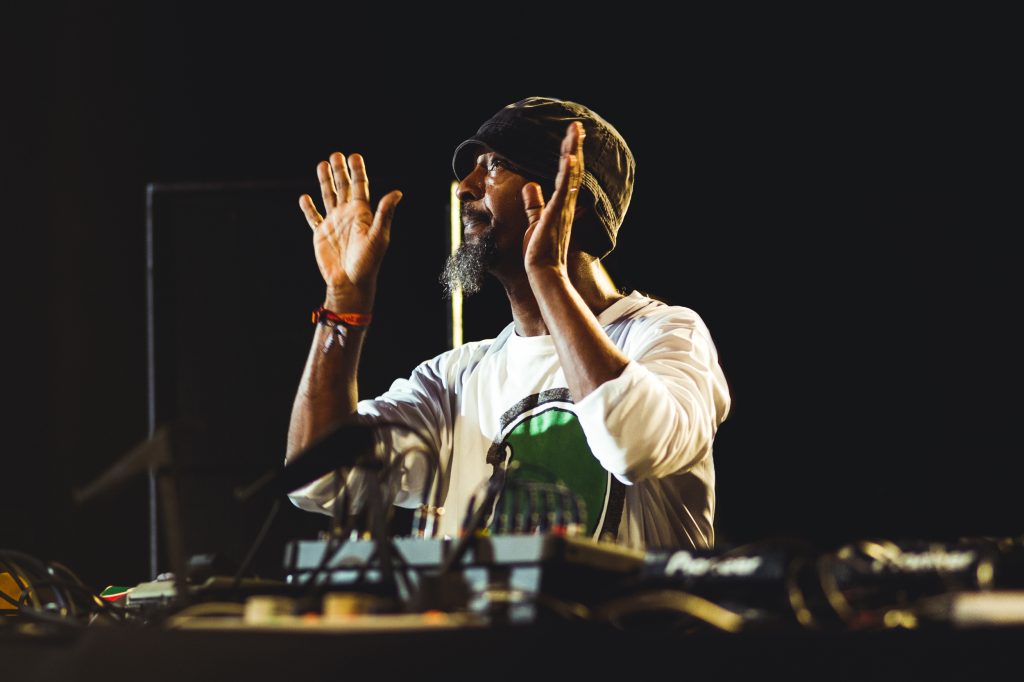 The crowd loved it, Mr. G was clearly enjoying himself, and the rhythm and dark and dirty groove he was playing fit perfectly with his showmanship.

After Mr. G’s exhilarating set, Ben Klock easily took the crowd to the next level. Giving them what they wanted, his modern techno and fine technical abilities were always going to go down well, and hardly anyone was disappointed as he showed some of the best of what modern European techno has to offer. 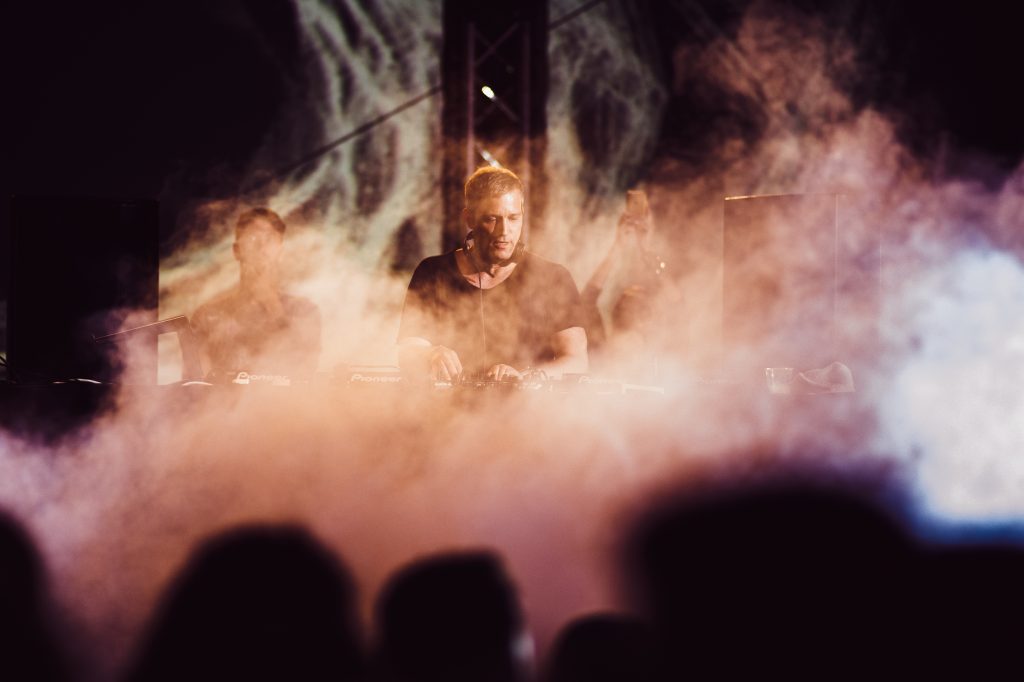 A true household name in the scene, Marcel Dettmann’s set proved exactly why. Steady and powerful, his raw and nuanced energy kept the crowd moving throughout, perfectly capturing what Glitch was all about. 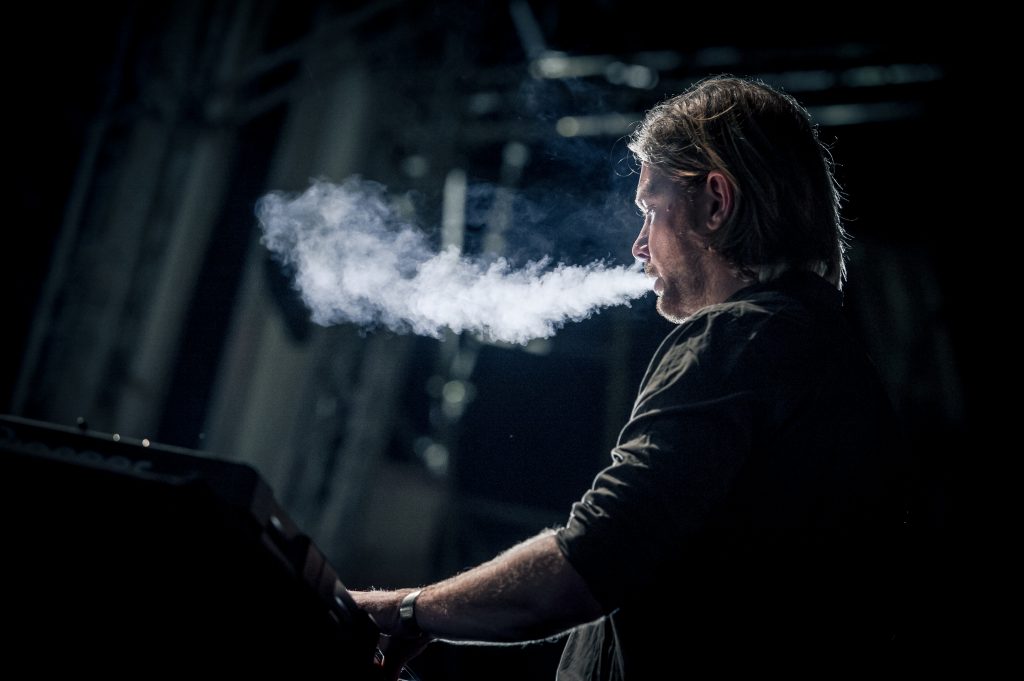 At the Hydro Stage Dax J was going all in, and what a way to close it. Completly disregarding any etiquette he laid down a brutal set with hard-hitting kicks at a fast tempo. Any Liquid regular felt right at home, and Dax J’s beats left half the crowd in awe while the other got lost in the hypnotic beats of tracks like his own Escape The System. 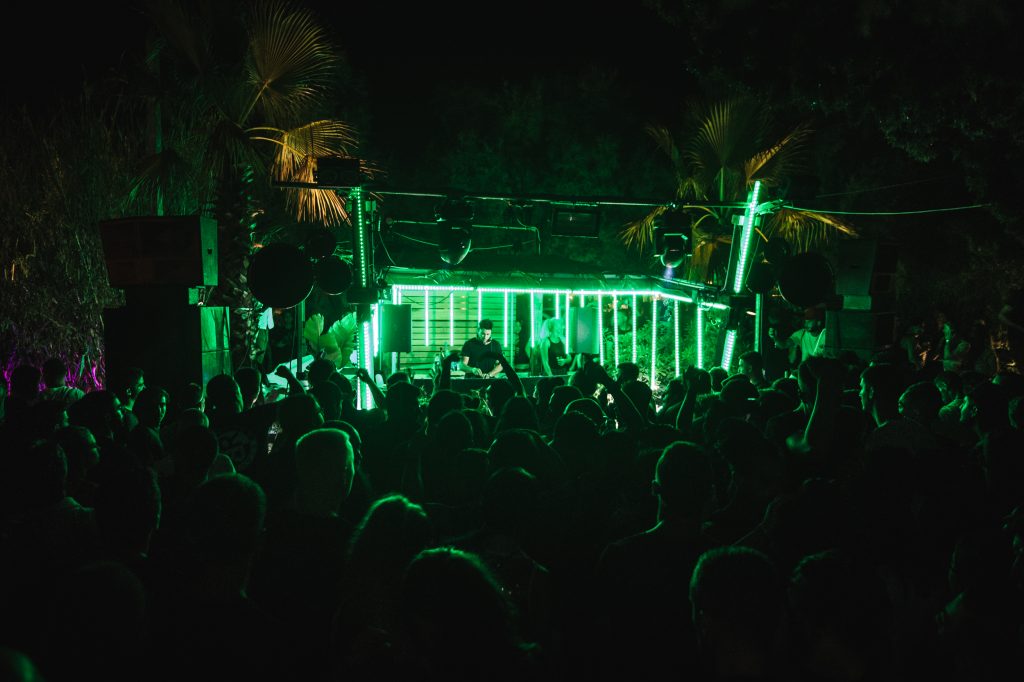 Glitch Festival felt like the maturation of Malta’s techno scene. Created by Maltese DJs that were birthed in the scene, this festival represents the tastes and interests of a modern Maltese electronic music fan that has had a strong education in the classic and is up to date with the most modern of techno advances.

With a line-up that any techno festival in the world would be happy to have, and local Maltese DJs delivering sets on par – and sometimes even better – than the international DJs, Glitch Festival looks like it will become a mainstay of the Maltese electronic circuit.