‘Cuz It Never Gets Easy

HeartsBeatingInTime is the stage moniker of Uma Tee, which in turn is the Facebook moniker of Rebecca Theuma, the 25 year-old Mellieħa girl getting recognised for her dreamy, synth-led songs about life and loves left behind.

Listening to HeartsBeatingInTime is like being given a hall pass into the kaleidoscopic mind of a shy teenage protagonist who’s only way of making sense of a the world is to shake it off one drum machine beat at a time- because we all revert back to teenagers when it comes to affairs of the heart.

Whilst break-ups seem to be a big writing influence, the songs never come across as ballad-like. Not all separations of hearts call for Adele style dramatics, as HBIT demonstrates. Sometimes it’s just painfully awkward, for want of a better word. Sometimes the only thing we can do is accept the fact that people come and go. And that’s okay.

I sat down for a chat with Rebecca to get to know a bit more about the girl behind the keys. 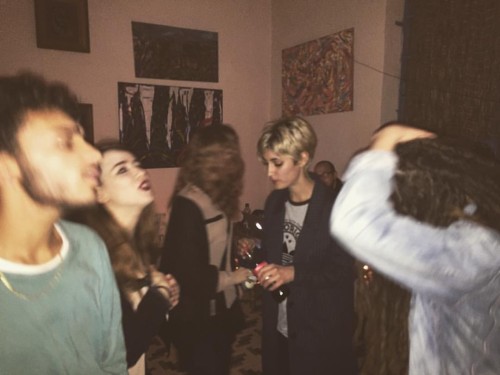 Hey! So tell me, when did you get into making music?

I was thirteen so thirteen years ago. I’m primarily a drummer. I picked up piano about two years ago.

How did you learn how to use all that digital equipment?!

I use GarageBand on Mac. My bandmates from Bark Bark Disco helped a lot. The singer, Ian Shranz, produces as well so he helped me out. And a lot of research, YouTube tutorials… I have to practice everyday for an hour or two. Anyone can do it if you put some time into it.

Haha I’m not sure about that. How did HeartsBeatingInTime come about?

I used to be in a band called Stolen Creep. We broke up three years ago when the lead singer and guitarist moved to London. It was a hard time for me and I needed an outlet to make music again. I’ve always wanted to make my own music and at that point, without it, I was gonna go crazy. So it was a natural progression. 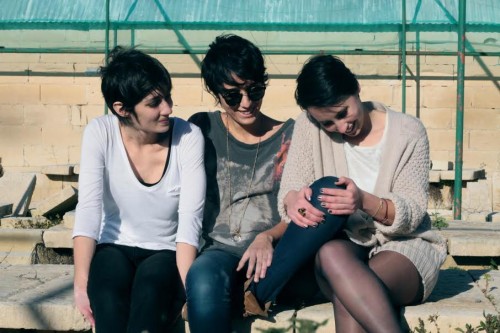 Why electronic music? Why not guitar music?

I like electronic pop music and keyboards. I like that simple, melodic sound. And I love 80’s everything, and that’s when electronic music really came into itself. Apart from 80’s music I really like Jamie XX, Boys Noize, Shura and Yews who’s Maltese but lives in London, she’s fantastic.

Bedroom music means you can make it from your bedroom. I like that D.I.Y part of it. Kind of like- if you don’t like the party, make your own party.

You actually do organize and DJ at parties as well with a collective…How did that start?

I think it’s quite a quiet period for gigs at the moment. There was a time about five years ago when there was a boom and it was really exciting. The Maltese music scene is a bit quiet at the moment, there are not that many new bands starting up although I like what’s out there, especially the band Brodu. So you have to do something else, to adapt. The first party was at Maori in Valletta in February with artist Ryan Falzon, Loud Music For Fast Cars, and more recently the Où Est Le Pantie? parties. The DJing bit is more like choosing songs that people can dance to off a playlist… 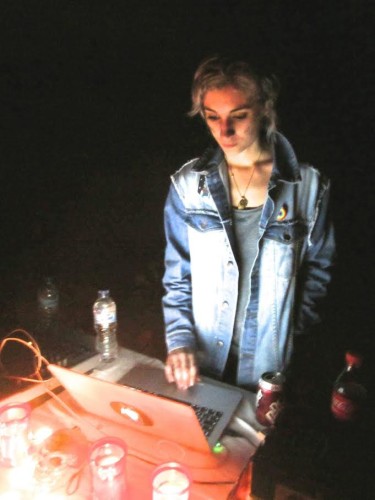 But still! The stuff you guys play is so good for dancing! Although electro, HBIT is not music for dancing. What kind of time and place is it for?

Waking up on a Sunday morning. Or calming down after a party.

Haha. What are your songs about?

They’re melancholic but not hopeless. Some are break-up songs but they’re sometimes inspiring. Everyone’s trying to look for that “something”, and there’s that anxiety about not quite getting it and just trying to get on with it anyway.

You come across as really shy, how do you prepare for gigs like the first one you did when you played before The Velts at Funky Monkey?

I’m a shy person. That was the first time I played as HeartsBeatingInTime- Kont ħa mmut. When I’m playing drums I’m totally relaxed. In a band it’s like a shared experience. But when you’re on your own it’s just you. It’s very nerve wracking. You have to push yourself. 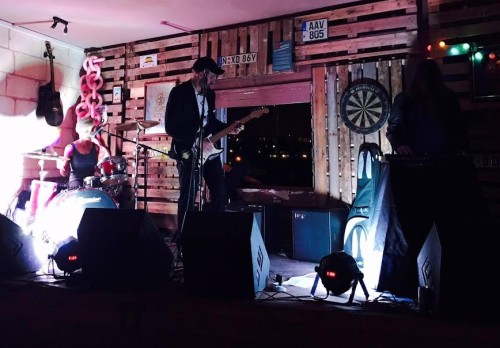 You must be excited about warming up for Better Person on the 18th!

I really really like his music. So yes I really am. He recently supported Molly Nilsson who’s one of my favourite artists.

Oh wow! How did you land that gig?

Well event organizer and promoter Shawn James put us (Bark Bark Disco) on in Berlin a couple of months ago, he does a lot for the scene. And it went from there. Better Person has that similar 80’s slow dreamy style as well but more refined.

What you need is a laptop, a keyboard and a mic. And to create a song you need to be focused, you can’t do it when your mind is scattered. Sometimes I write lyrics at the time they come to mind to remind me, but I need to be in the right place mentally. Sometimes I don’t go out so I can make music if I’m in that zone. 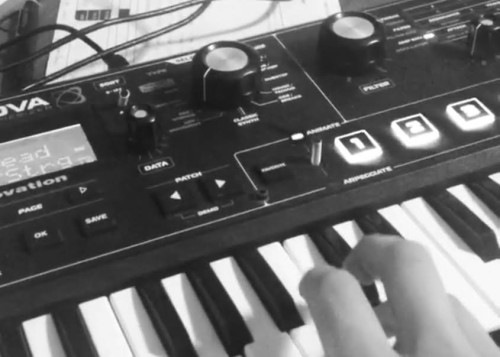 And what inspires the lyrics?

It could be a break-up, a crush, everything really. My friends if they’re going through something… Anything that’s going on in my life or in the world. When the Paris shootings happened I wrote about that. I had just seen that band (Eagles Of Death Metal) so it hit me hard. But also the mundane, the human condition and everyday relationships. Escape, and the concept of escaping…

‘A Summer Limbo’ is my most played song at the moment. What’s that about exactly?

It’s about when you’re frustrated that things aren’t working out. About thinking you’re fucking up because you don’t have the perfect life. When you’re so caught up in your own life and you can’t focus on your relationship so it fades away. You shoot yourself in the foot.

Ahhhh. I like it even more now. Have you written any happy songs?

Maybe not yet. But I have a good sense of humour about life, you have to. That’s why most people make music, to get over something. I was having a conversation about it with Ian about having the “perfect life”. And he made me realize that things do need to be difficult so that you can make something beautiful. If you’re happy and have “the perfect life”, if there’s such a thing, it makes you lazy.

Speaking of the “perfect life” and dream pop, what’s your biggest dream?

Every musician would love to live off music and tour so that’s my biggest dream. Berlin was amazing, it was such a great experience.

So what’s the plan for HBIT?

I’m writing new stuff and hope to release an EP next year.

Yay! Your music is available for download on Soundcloud though right?

I believe in all music being free and available. But it’s important to have physical merchandise. The songs up on Soundcloud are demos, the EP will be produced so it will have a different quality.

Ahhh so exciting! There’s that difference with “owning” a CD or a record…

I like collecting music that I like. You can always go back to it and nothing beats the sound of it. 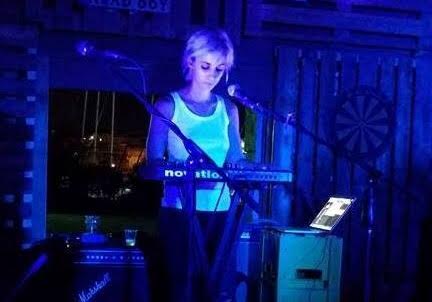 Agreed. Who are your favourites at the moment?

So, one last thing, what’s your best piece of break-up advice?

What really helps is listening to hopeful songs. And time for yourself.

I’m happy with that. Thank You!

And playing alongside YEWS & Megafun at Hole In The Wall, Sliema on the 4th of December!