An Interview with The Ranch: Malta’s very own uncouth, uncivilised and unsophisticated four-piece 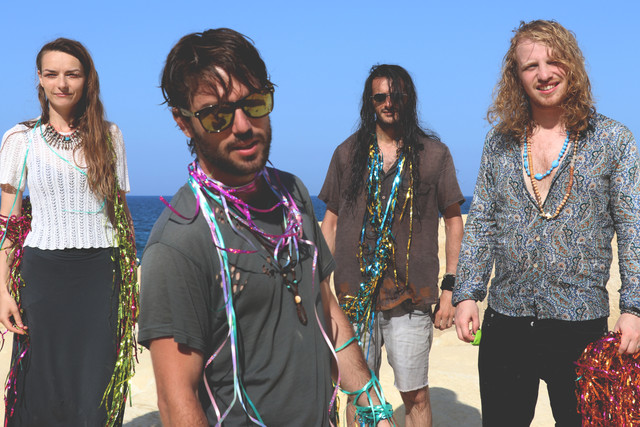 The Ranch are one of Malta’s most eclectic and active bands. The self-described ‘uncouth, uncivilised and unsophisticated’ group stunned every music fan in Malta when they first appeared on the scene. A couple of line-up changes, tours and tunes later, the four-piece made up of Banjo Rancho, Ricky, Zir and Egle are going from strength to strength: gigging, touring and soon, releasing a new LP. Trackage Scheme caught up with the band’s drummer and ring leader Banjo, ahead of the launch of their third album – entitled “Together to get here To get here together”.

In what ways has the band evolved since 2015’s ‘Cuckoo Island’?

Gosh, a lot! Well, the line up has changed since then! Now, we’re a much better team than we were at the time. We work well together, and we push each other much more than we ever did before. This is necessary for us to grow as musicians.

The musical direction hasn’t changed. The performance and purpose are still the same, and I don’t think that will ever change. We’re always moving forward. Sound-wise, we’ve evolved since then. We tackle the recording process differently, since we’re focusing a lot more on the songs’ composition at the studio. Additionally, we have a full-time singer as a band member – Egle – an element which we didn’t have on the 1st album.

What were the main challenges that you had to face when creating Album No.3?

I don’t think you can handle what I am going to say! But I guess it’s deadlines and pressure! Not going to lie, we went through a lot! But honestly, I guess that’s life…overcoming obstacles.

What would you consider as your driving force to continue gigging and touring?

Well, I think every band would love to tour. We really believe in our music, and we love to see people’s reactions. I guess our music leaves a mark on people’s hearts and souls. Our audience’s appreciation and feedback really mean a lot to us! And yes, we are touring again in Autumn.

As a seasoned musician, what advice would you give to musicians and bands who are just starting out?