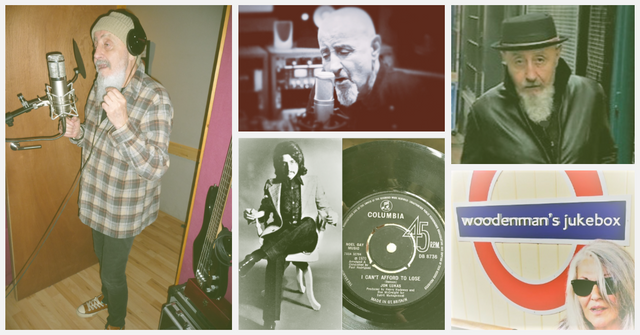 It’s safe to say that Jon Lukas Woodenman is a highly respected figure in Malta’s music scene. He was the very first solo Maltese artist to score a place in the UK charts, and to land a global record deal. Trackage Scheme caught up with Jon Lukas Woodenman to reminisce about the past, and to discuss his influences and his involvement when it comes to supporting local talent.

Growing, who or what ignited your interest in music?

Wow… ‘Growing’ is such a far-flung ranged term from where someone my age happens to be standing. But it has to be my early pre-teen introduction to Sinatra, Tony Bennett, Tony Dallara, Gino Paoli on to Lucio Battisti, Paul Anka, then Early Motown Stevie, Supremes, with Little Richard, Chuck Berry including the UK Shadows, Stones, Beatles, Animals, Dave Clark Five, Walker Brothers etc….

What motivated you to pursue a musical career in the UK?

Just how luck had it…. ‘Cos I was not looking for a career when I was headhunted during my casual interpretation of ‘Summertime, from Porgy and Bess’ — following a dare by friends to go up and sing at a newbies gig in Kensington in 1969.
Henry Hadaway, an EMI Columbia producer who happened to be in the audience, pulled me directly afterwards with an offer to record my voice with his 25-piece BBC orchestra at Abbey Road Studios. The song in question – ‘Can’t Afford to Lose’ – was written by Gary Benson and was originally planned for PJ Proby. The arrangement of this proposed song was done by Paul Rodriguez, who at the time was a member of David Bowie’s first outfit. My real artistic life developed from that point.

How would you describe your relationship with Malta and its music scene?

My physical relationship with Malta as such was never ‘vibrant’…apart from my fallacy in 1993, when I patriotically believed that, having achieved success outside its shores on my own steam, I could somehow help them bring the Eurovision to Malta.

On my return to the Island in 2008, after a good thirty-five years, I noted a rise of Maltese bands with an internet-savvy, refreshing level of artistic credibility.
I was unimpressed with the fact that these artists were not being featured on local radio programmes. This inspired me to start my show – woodenman’s jukebox – which now operates from Channel Radio UK.