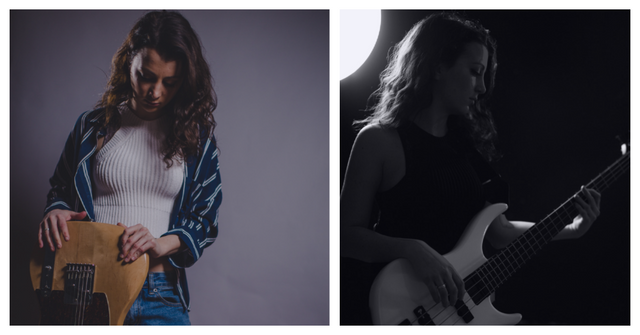 Federica Giallombardo is one of Malta’s brightest musical exports. Trackage Scheme caught up with the singer-songwriter/guitarist in London, her current base, to discuss her life’s passion: music.

Growing up, who helped shape your music taste?

It’s hard to point out a few specific people. I was drawn to anything and everything musical, and that led to how I first interpreted songwriting. My dad had a vast collection of albums which he would play constantly, and that was what probably triggered my first love for music.

Now that you’re based in London, how would you describe your relationship with Malta’s alternative music scene?

After moving to London, I got more involved in music production, which developed my songwriting into a very pop-driven style. While focusing on the more pop side of things, I still kept gigging with my band. Events such as ‘Malta Takes London’ enabled me to keep in touch with local alternative bands. I’m currently working on my latest EP release and I’m really looking forward to getting back into the live side of things!

Has the mainstream appreciation of singer-songwriters benefitted you in any way?

I think it helped validate songwriting! Being able to write and release my projects while also writing/co-writing for other people is something I saw possible because of mainstream artists and songwriters.

What advice would you give to Malta-based musicians who dream of taking their music career to the next level?

I’d say that the most important thing you can do is to connect and collaborate with everyone you come across. Not only does it help you network and get to know your industry more, but it enables you to grow as a musician/songwriter. Another thing would be to travel and get to know the music scenes in different cities – doing this is such a learning curve since you realise how infinite opportunities can be once you do.