How is it already that time again? Another year has been and gone and what a year it has been! Touch wood we haven’t lost too many artists this time around. The most notable of our losses this year would have to be the passing of Rhys Celeste (Microlith), may he rest in peace.

It’s been one monumental year over here on Trackage Scheme. We’ve seen the largest number of tickets sold for events we hosted. Nil By Mouth, our first festival in collaboration with Hairy amp Promotions hosting international artists from both the alternative and electronic scenes, triumphed even after the gist of the summer season. Albums were launched to great applause and acclaim and many other firsts for Malta’s music scene. Malta even weighed in on the controversy following Dax J’s slip up in Tunisia.

Before we head into the nitty-gritty details, there are a few milestones we would like to share with you all. Throughout the year, we saw around 4000 orders placed through our own ticketing service for around 70 different events (totalling near enough 7000 singular items). That means that the average order placed was for more than one ticket. That’s an incredible feat for us, considering where we began and how far we’ve really come!

More and more of you have signed up to our mailing list as well – we’ve had almost 14,000 emails sent out to readers over the past 12 months. There have been so many new faces here at Trackage Scheme including the 50+ music students we took under our wing, too. We also broke 50k hits on the site which we find absolutely incredible to have done!

We kick-started the year with an insight artist identity, rather an apt beginning given the tone of 2017. As most of you had helped ring in the New Year with us at ALT NYE, we thought we’d invite (all of) you to join us once again as we take a look back over the year that saw the rise of female empowerment and an avalanche of SJW snowflakes.

Here’s the official after movie from that crazyyyy NYE party – ALT NYE!

Shout out to all of you who came down and created such an amazing vibe and to all the artists for their amazing sets! Lucy’s Last – BILA – Beesqueeze – Kill The Action – LVX – DJ Geddumu – Kerg – Danjeli – Ben Vincenti – Acidulant – Sean Rickett

Brought to you by: No Sweat Productions – Sick of Ants – Hedon Crew & Trackage Scheme – Powered by XFM 100.2

We sat down with the frontman of Brikkuni to discuss their latest release ‘Rub Al Khali’ and the band’s exploration into existentialism and if they’re thinking of ever making a return to the stage of the Manoel Island Theatre.

We kept things local over at the music school which saw a substantial amount of newcomers bring their originality to the scheme. Towards the end of the month, we once again paid tribute to the great David Bowie with another run of 2016’s emotional tribute ‘Blackstar’, giving anyone the chance to be a hero once more (just for one day 😉). 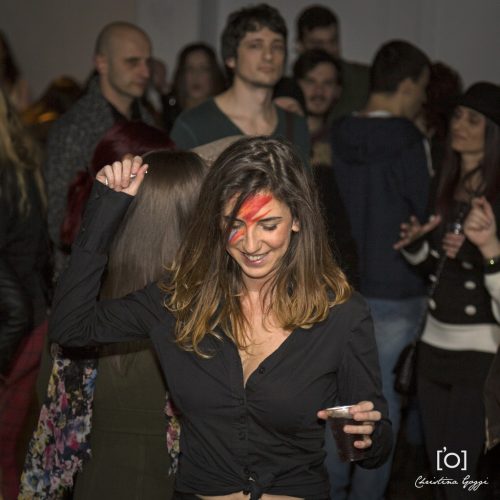 The end of February saw some of the worst news to hit the local electronic scene in a long time, after the tragic passing of Rhys Celeste (aka Microlith). In his memory, local producers came together to honour his influence in the scene with a compilation of music and connections from throughout his life.

Leading us into March, Haar Records bestowed Malta with an ambience not heard before this side of the Mediterranean with the help of Robert Farrugia’s ‘Slow Morning’ gifting the early birds to this year’s release cycles. And while the album may have dealt with the internal negativities of us as people, there was nothing but positivity felt for the piece. 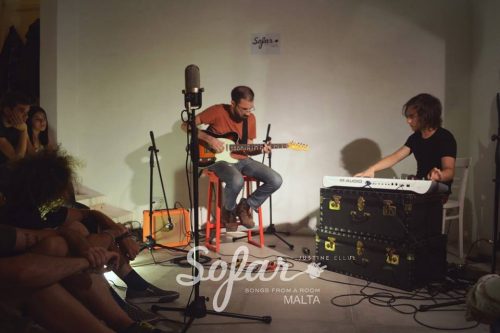 As April rolled in and things started to warm up, we hung out with Plato’s Dream Machine to see how their year was going so far. Needless to say, their venture into synths and waves spelt things out loud and clear for any listeners: this is a band that has their head screwed on.

In retrospect, the fallout of Dax J’s prison sentence ambushed the local community with comments of gross overreaction and risk. What happened to the DJ is shameful, but the whole situation sparked a conversation all too relevant in today’s culture: should interpolation remain individual when non-secular pieces of art come into contact with those able to choose to take offence?

To brighten up the days once again, we sat down with Annie Mac ahead of Lost & Found 2017 which saw her take to the decks once more accompanied by the hottest house and techno DJs scattered across the island. Raves were held in castles, parties were thrown on beaches and poolsides.

All of which was necessary for the island as it prepared to Rock the South into it’s 6th stage of evolution. Since 2012, RTS has hosted over a hundred bands with a list of acts that continues to grow each day, establishing the event as an ideal showcase for alternative talent in Malta.

April was a busy month for 2017. It also saw the introduction of the KSU and Food Faculty collaboration: ‘Live Stage’. The artist platform open to up-and-coming artists to perform during lecture hours until the early weeks of June…

The Sliema Arts Festival had its last hurrah snatched back for the first time since its introduction. The event was cancelled because of delays in funds from the beginning of the year. The system had its kiss for us and karma came knocking soon after to reclaim its position as A Night With Indie Vol. III arrived on the shores of Xemxija. This year we hosted an even bigger event in an even bigger venue, something we wanted to do as soon as Vol. I!

Summer rolled over and with it came the end of season soirees. September hit hard into its first week with the sophomore turn of Glitch Festival. After it’s ground-shaking debut last year, electronic enthusiasts all followed a call to rise at the gates of Mdina’s techno-fortress-cum-festival-ground.

September closed to the massive success of Nil By Mouth. As the ball got rolling, we were able to spread enough word around (by mouth? 😏) to make it one of the biggest nights of the year for us! We spread the best sounds over two exciting nights, kicking of the final quart of 2017. This year saw many international artists make it on stage this time, including Weval, Pional and the living legends The Wedding Present.

As the year began to quieten down towards the final few months, we sought once again to bring our content to the forefront on-site with a question we seem to hear being asked time and time again: is rock music dead? The article saw an incredible response from our readers and we promise to keep bringing you the quality content you’ve now come to know and love synonymously with Trackage Scheme.

Another synergetic concept that goes hand in hand with Trackage Scheme is Malta Takes London. We closed the year’s round of events across the Mediterranean and over to London where a Kings Cross studio played host to a number of Maltese artists.

As you can see, there has been a lot going on this year. But we can’t close the curtains on 2017 just yet…

We wouldn’t be where we are right now if it weren’t for your constant support! From all of us here at Trackage Scheme, we wish you a bountiful 2018, all the health, happiness and good vibes.

We’ll see you at midnight…

Until then, keep tracking!