I Love You As Much As God Loves Me

A fortnight with Ġuf, the new album by Plato’s Dream Machine

When I was twelve years old and still at a Secondary Church School, I was introduced to (and constantly reminded of) the concept of agape. We were told it was the highest form of affection, one which was strictly reserved to the love of God for man and vice versa. We were also warned not to mix it with philia, which is more of a friendly or brotherly affection, or eros, an attraction of a sexual nature. Now even though I happen to be one of those people who very quickly let go of everything that had to do with religion the second I didn’t need it for my exams, the distinction between those three stuck with me, and whether it was the repetition or actual resonation that really did it, I can still distinctly remember that lesson to this very day. And just like that, it all came back to me even more vividly upon my very first listen of Plato’s Dream Machine’s new album, Ġuf.

I was lucky enough to be given a copy of the album a couple of weeks ago, so by the time PDM got to debut the eleven-track compilation over the last weekend, I had already formed strong opinions on the whole thing. Knowing the band and their focus on visual presentation, however, I kept stalling writing this until after their album launch. While I didn’t expect my views on Ġuf to change, I did hope they would amplify…and that they did. 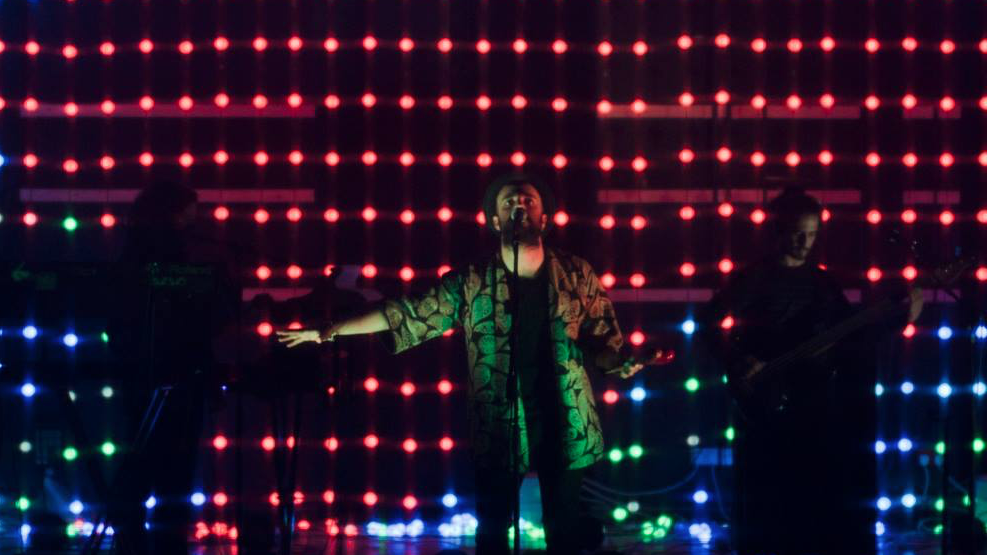 I’m not a big fan of reviews that dissect each and every single song and go on a rant about every number, particularly because I feel that would be doing an injustice to a band’s effort to make an album sound like one whole experience. And with an album like this, I feel like a singular prevailing feeling has been achieved with such beautiful effortlessness, that singling out songs would be a shame.

First of all, though, let’s get the obvious shit out of the way and talk about the music. Ġuf has got one solid track after another, and if you’ve just started listening to the whole thing on your daily commute or at work, be prepared to have these verses and choruses stuck in your head for days. Right now, it’s Naqa that’s doing it for me, a song with a verse as catchy as humanely possible which only keeps getting better and better as the nearly five-minute track unfolds. Fidi has got months of being the scene’s favourite dance opener ahead of it before it even remotely loses its novelty. Filgħodu can very well justify the creation of Maltese-themed karaoke bars. Paraliżi is clearly a crowd favourite that’s not going anywhere any time soon. Sejjaħtli’s intro has got to be one of the sweetest things to hit my ears in a very long time. Sospir is one of the coolest instrumental interludes to be included on a Maltese album. That bloody chorus on Ħallieq is out of this world, and I challenge anyone to listen to Min Taħseb without bobbing their head at least a couple of times per minute. And that’s not even counting songs like Ħarstek and Port, which come out of left field and still catch me off guard every single time.

It’s always been extremely hard for me to listen to something and not compare it to what it sounds like, and while I admit to having done it a couple of times as a way to justify me not liking a particular artist, it would be foolish not to acknowledge the fact that artists in the 21st century are bound to learn from each other. And if PDM’s Għera gave me strong Atoms For Peace vibes, it’s great to see Ġuf channelling more of that, along with some Thom Yorke circa Eraser and a (sometimes very generous) helping of Future Islands and Tame Impala. PDM wear their inspirations proudly while still managing to create a sound that’s very particularly theirs and theirs alone, and while that sounds like an obvious requirement for a band, they’re still among the minority in Malta to do it so successfully. And if there’s one thing I love about this album’s compositions, it would definitely have to be its outros. I’ve always seen the concept of the outro as a vital and often-overlooked part of a song, but a big portion of Ġuf seems to (consciously or not) focus on delivering some of the best ending couple of seconds to its tracks. 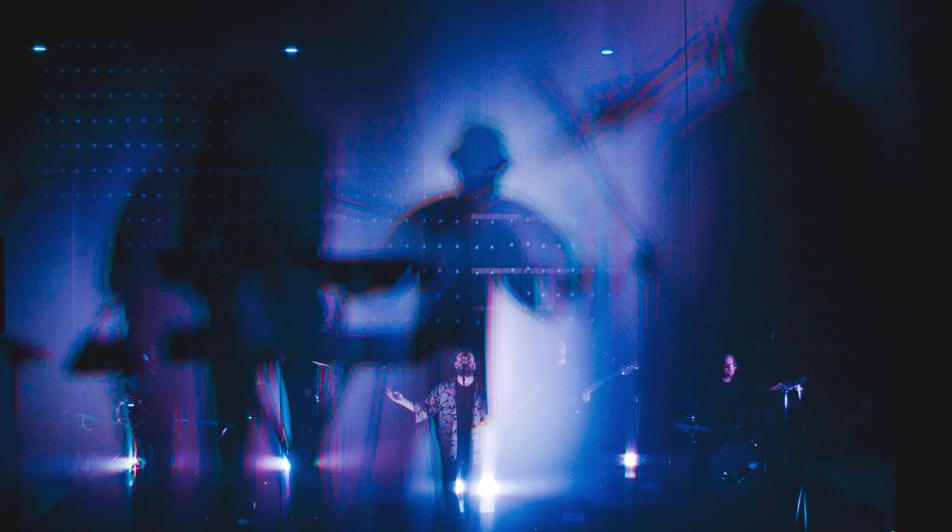 Performing their album live during their two-day launch, PDM were sure to amplify each and every feeling that a listener would be inclined to have during a headphoned listen. It’s high time that we looked at visuals as being as important as the sounds in Malta, and thanks to another one of Late Interactive’s exquisite visual packagings (which merit all the chapeaus in everyone’s wardrobe for the next couple of years), every individual song was brought to life, offering the audience multiple layers of meaning to attempt to interpret. If you’re not into “pretentious bullshit”, you could just sit back and enjoy the music and the pretty lights. But if you’re like me and can’t help but delve deeper into every decision taken towards bringing a live experience like that to life, then you’ll start looking into every tiny detail. And with an album like Ġuf, having its live debut be presented behind a screen that had the band appearing larger than life for the audience but had the audience disappear for the band feels like an intentional choice. “We can’t see you,” frontman and lyricist Robert said on one of the nights. “But we can hear you, and we can feel you. And we thank you.” It felt like the band became divine messengers for the night, or like they were thrusting months of hard work and passion into the hands of an invisible recipient that they could only hope and believe was reacting positively. And if that doesn’t sound like a perfect visual representation of Christianity, then I don’t know what is.

In fact, beyond the music, one of the things that first hit me hard about this album is the overarching theme of religion, spirituality, or whatever you feel inclined to call it, and how each and every song manages to amplify that four lettered L word. Robert is a philosophy graduate with a penchant for theology, but even if you didn’t know that about him, it’ll only take you a couple of minutes into Ġuf to deduce. While the moments of praise of the divine are frequent and glorious, it’s that word agape that I keep coming back to with every listen. More than “an album about God”, this album is about love. A love which is not only stereotypically undefinable, but omnipresent and infinitely ungraspable. And while agape might strictly be reserved for a man-God relationship, tracks on Ġuf sometimes feel like they’re cheating and focusing on a more tangible (and relatable) human relationship instead.

When I got to this point of my rant, I thought I might be looking too deeply into things, and that all these themes and recurring motifs were surely not intentional. So just like a twelve year-old me would try to ruin the fun of the mystery by jumping to the last page of a book before starting it, I opened Ġuf’s lyric book, and decided that as a quick experiment, I’d look at the first verse of the first song,and the last verse of the last song. The result?

God may love me unconditionally and in a way I’ll never be able to fully understand or emulate, but I’ll be damned if I’m not going to try and love you in the same way. Because what deeper love can a man who has a strong impulse towards the heavens claim to have to the person he loves, if not a quasi-divine one? And that’s something that even a cynical non-believer like me can get behind.

All photos by Storbju (Chris Vella).