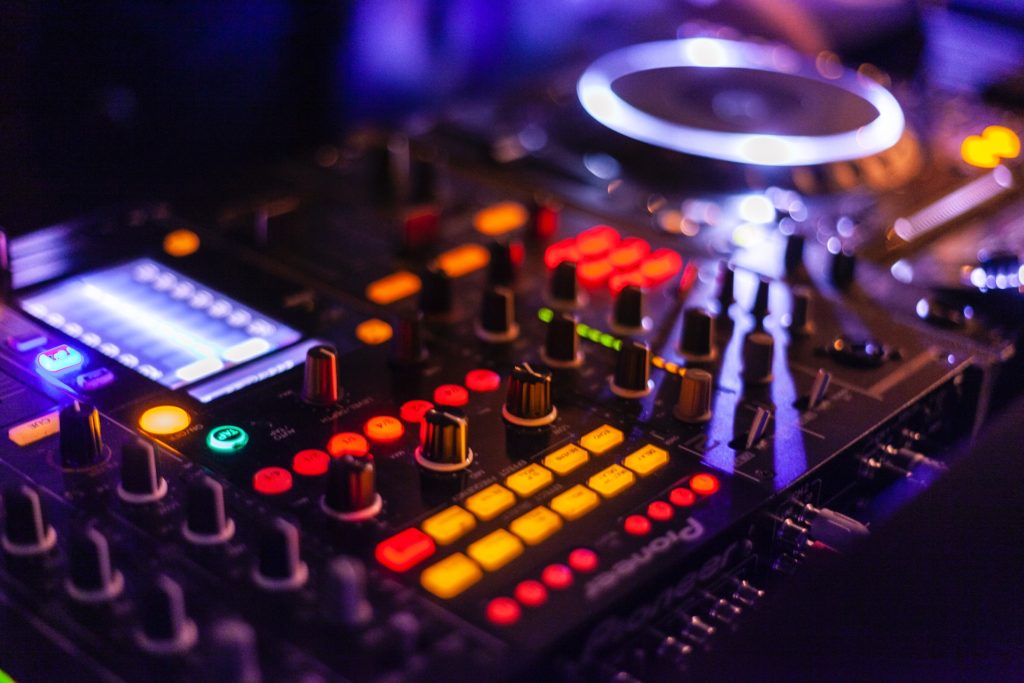 Danjeli, Jim Hickey and Anna Belle have a couple of things in common; they’re Maltese musicians who found a home away from Malta, and they all have a passion for electronic and experimental music.

By helping them trace back their music origins, we discussed their internal passion for exploring emotions through the medium of music, and how both serendipity and hard-fought opportunities have pushed these three artists to take their music around Europe.

If you could describe your music in three words, what would they be?

How did you initially get involved in music? Are there any particular memories that stand out to you when it comes to performing in Malta?

D: I started making music when I was a child. My dad and his friends ran (and still runs) a Maltese festival called “l-Ghanja tal-Poplu” so I was always listening to loads of Maltese sing-song writers, including Walter Micallef’s unreleased tracks. Then, I got into electronic music at the age of 14 by going clubbing with friends and by bluffing my way in pretending to be older.

I made a lot of music between 14 and 18. I was in a group of friends including Hagen Ebejer (LLimbs), Fabio D’Amato and Owen Jay’s younger brother, Stanley Bezzina. He used to run a forum called scaremongering.org before the advent of Facebook and the likes.

We used to release our music firstly on scaremongering and then on Pinkpube.

Owen Jay helped me a lot back then as he was a beacon of knowledge when it came to electronic music, and I always had my ways with managing to engineer weird electronic music. He introduced me to Etnika with whom I played in a couple of shows as the electronic music guy.

I met loads of great musicians, and my interest in Maltese music grew quite a bit.

At around that time I released Kakofonija with the infamous Zufjett in it, which probably was the reason why I was invited to join Brikkuni by Mario Vella before the first album. I loved Mario Vella’s music and his ideas, so I was very eager to put my touch on that.

I learned a lot from just being with Brikkuni, loads of rhythms from Michael Galea, the musicality and fun of Delli and the irreverence of Mario himself.

At the age of 20, I was running club nights, which at times were successful and at times were not so much, I rehearsed weekly with Brikkuni, and we played to big crowds in Malta. My most memorable memory is getting drunk on stage and spraying beer on everyone, including everyone’s equipment. It was fun for the crowd, not so fun for the rest of the band.

I am most proud of having had the opportunity to work with Andrew Schembri and Toni Gialanze in their early days as Late Interactive. I remember crying with joy when they set up Pudina for the first time.

I am very lucky to be surrounded by a great bunch of people.

A: Does the church choir count?

One of my earliest and favourite memories was performing with Spooky Monkey at the first Earth Garden Festival in 2007. It was a crazy multimedia show with some great electronic tunes, and I loved every minute of it.

Latest memories include performing with Danjeli, especially “Konkrit” a very heartfelt protest track, sadly in line with our times even two years later.

J: I always loved big, cinematic sounds that felt more like a place than anything else and when I first picked up an acoustic guitar at 13, and I realised I would need to figure out why it sounded so close and intimate and not massive and expansive. In a way, it’s what still drives me today, trying to make things sound like a space, which eventually nudged me into synthesis. My fondest memories in Malta are at BJs, where I played every Saturday for ages, jamming for hours on psychedelic rock, fake-jazz and whatever we could get away with. It was where I learned to be completely at home on stage.

Why did you choose to live in the city that you’re currently living in?

D: Well, actually, I never wanted to leave Malta, I loved it there, but I work in audio in the games industry, and at the time I got offered a job in the audio team at Rockstar Games, the developers of Grand Theft Auto and Read Dead Redemption.

Edinburgh is a great place, especially during the festival season. I got involved in a lot of stuff as well as in a number of other things that happen in Scotland and the UK.

In February I moved to London as I had been offered a job as audio team lead at Sony Playstation in London, but well, we are in lockdown, so I cannot really participate in any London events right now.

A:  I came to Brighton for a music seminar about 15 years ago and it sort of stuck with me ever since. I heard the music was good, and the city not too large, and of course, the famous 50 minutes from London. Something in the seascape also bewildered me back then, in stark contrast to the deep blue sea I was used to.

J: I first came to Berlin on tour with Ira Losco years ago and I knew almost instantly that I wanted to be here. It felt unpredictable in a way I hadn’t experienced before, it’s not rushed like London or New York or blissed out like L.A., it’s intense and playful and absurdly inspiring. The independent art scene still enjoys many freedoms that have long evaporated elsewhere in terms of low rents, empty, usable spaces for studios, performances and exhibitions and access to everything a big city offers. That said, Berlin and Germany are so different in so many ways, I couldn’t imagine living in Germany if not in Berlin. 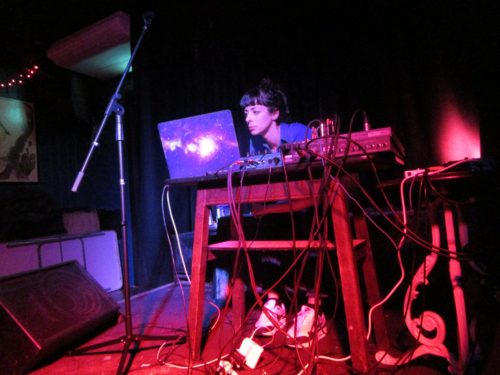 What are the biggest challenges that you have faced or are still facing when it comes to ‘breaking through’ a foreign music industry and community?

D: I don’t really feel like I broke through a foreign music industry; it was never my aim or fantasy to be a big artist name. I mostly do what I feel like I want to do, and be sure I’m surrounded by fantastic people when I’m doing it.

I am also lucky to be doing what I love most of the time, with some of the biggest names and companies in the entertainment industry.

Like in Malta, you need to do A LOT apart from doing the art or the work itself. I run the Edinburgh Festival of Sound and am involved in a number of festivals in the UK. I help build interactive art/music installations with a company called ray-interactive which has allowed me to go to innumerable music festivals and meet fantastic artists and people.

I think the challenge (or trick) is always to be part of a team of brilliant people whom you love and respect.

A: I think getting to know how the industry works – learning its mechanisms and how to navigate through them.

J: The same rule probably applies for most industries anywhere, build a solid network you can trust and make sure that you always give your absolute best. I was lucky early on to get involved in writing and production teams who took a chance on me simply because I was very passionate about what I do and willing to learn what was missing. You might be a fantastic songwriter or a savage producer, but you need to have people around you who will pick up the phone when those skills are required. 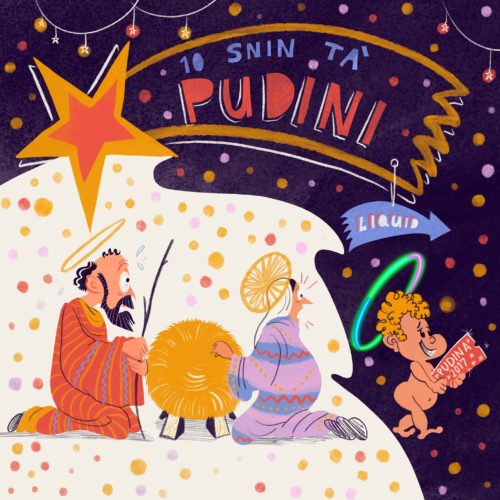 Poster for one of the yearly events Danjeli organises in Malta

How has COVID-19 affected your music-related plans for this year?

D: Many events had to be postponed to 2021, so the festivals won’t be happening this year. This is very hard not only for the artists but also for all the people in the industry including visual artists, stage crew, festival organisers and all the people who usually make a living out of live events.

Again, I am very lucky to be able to work on other exciting projects which, although audio related, do not depend on live performances.

A: I was hoping to refine my live performance and get more confidence gigging my equipment live. So that’s out of the window for a while. Honestly, I’m loving it. Being forced to sit at home and make music without any other obligation is …perfect really.

J: Uncertainty is a killer for every kind of artistic work, and not knowing when I can get back on stage or even be in a room full of people is terrifying. That has definitely been the most difficult thing to deal with, but no matter how bad things are, a new situation will always deal a new set of opportunities. I got offered a new studio space, so I used the time to move in. I’m used to being isolated for ridiculously long periods of time anyway, so I wrote a bunch of new music. The video I had planned for my new single, Love In Rewind, couldn’t happen so I recorded one with my girlfriend in our apartment which ended up fitting the vibe so well. The tours and stages and friends and crew will come back eventually; I’m just trying to make the best of it! 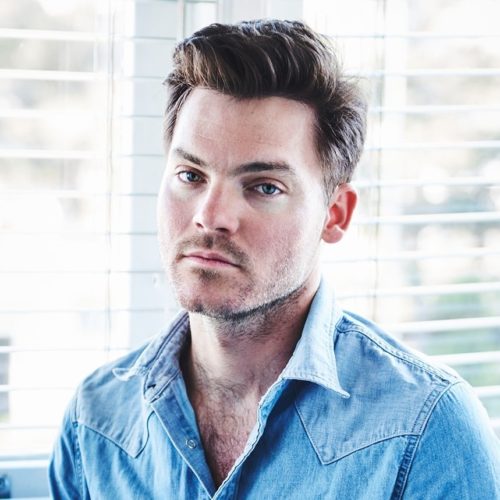 What advice would you give to any individual who would like to start producing electronic-leaning music?

It’s very easy to start making electronic music (or any music) nowadays, just download a trial of Ableton Live, FLStudio or another DAW and spend your free time mastering it, as you would do with video games. Always treat it as a fun thing to do, if you’re not having fun, you are doing it wrong.

A:  Just start, you’ll never know where you’ll end up. Putting the time in and repeating yourself to the task, any experience is a basis for learning.

And gear: I’d choose each piece of kit wisely, and each instrument – whether real or virtual – can give you a wealth of sounds and possibilities, so don’t rush. It might take months to figure out your perfect setup, especially with so many options out there, but it will be worth it.

J: Sample sounds, all sorts of sounds. Water, cars and wind are all great “noise” sources. Try that instead of reaching for a synthesiser. Same with tonal stuff, hit tables and glasses or anything really, some things some really great; long sounds, short percussive sounds, anything. Sample them, tune them and use them. It’s a great way to sound like no-one else.

Learn a bit about harmony or pick up an acoustic instrument and write a great melody with no electronic instruments at all. Then open Ableton or whatever and try it with your synths and samples. Emotions don’t really care if it’s a synth or an English horn. Making music is never about learning an instrument or software at all; it’s about learning to make people feel something.