Maltese electro-funk duo Mathematikal are back with a bang! 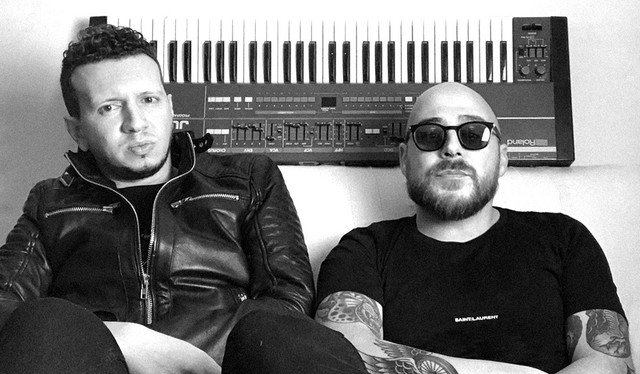 The self-described ‘House/Funk/Electro’ duo Mathematikal are back with a bang! They’ve just released their album ‘MMKL’, and here at Trackage Scheme HQ, we’re massive fans already.

I caught up with this dynamic duo to hear the story behind their comeback and this sizzling release.

First off, what were the main elements that inspired this comeback?

Honestly, the ‘comeback’ came about naturally. While we were previously focusing on other things and projects, we knew that the time would come for us to sit down together and work through some old and new ideas we had sitting on our hard drives. We went through that process in 2019, and it felt natural. In other words, we were waiting for the right time.

What can you tell us about the track ‘Star Like Mine’ and the album ‘MMKL’?

MMKL is made up of 10 tracks – most of which are either brand new or thoroughly revised and remixed versions of old ideas. We have kept very few of our old ‘classic’ tracks (This is Plonk, BLKMGK, and Nightbreakers) in their ‘original’ form, but the other tracks have never been released.

‘Star Like Mine’ is an instance of how we had a vocal line that we liked and knew could work on top of a funk- and disco-inspired groove. As with Star Like Mine, bass guitar, synths, and straightforward vocals and drumlines characterise the rest of the album as well.

It is not meant to be a complex or overly sophisticated piece of musicianship, but rather an alternative electronic pop, funk, and disco album of short tracks that one can easily listen to on a Saturday morning drive down a coast road. That is, after all, what we’ve always been about and what we’ve always tried to produce as Mathematikal.

In what ways have you evolved as musicians and professional musical innovators?

We’ve matured in terms of sound, and we’re more capable of going from ‘idea’ to ‘product’ in a disciplined way today than we used to do ten years ago.

To give you an example, we knew the direction we wanted our new tracks to take with respect to sound and intensity of the drums on the album, and we were able to convert our vision into a final product.

While many of the tracks retain the unsophisticated and even ‘playful’ vibe that we are known for, we have come a long way in terms of learning to sound better overall.

Are there any artists in today’s international electro scene that you look up to?

To be honest, we don’t follow the electro scene much. We certainly like some well-known current acts on the international circuit – we think Jungle, for instance, are great and we enjoy their records.

Other than that, we listen to a lot of alternative electronic and pop acts (ex. Roosevelt, Parcels), and rock and hip-hop artists that we never really left behind (ex. Pharrell and The Neptunes). We are also still very much drawn to the contemporary ‘French touch’ scene.

Get the album out and work on its sonic and visual identity. Other than that, we plan on keeping the ball rolling on our Instagram, and Facebook pages, so connect with us here: