On Pique, or Why I only Support My Friends

The culture of extreme factioning and polar opposites is deeply ingrained in our way of life. We have two main political parties, each faction constantly contradicting the other.

When it comes to religious feasts, you are likely to find this bipartisan approach even within the same parish, with different każini happy to launch insults at each other while ‘supporting’ the same saint. As for football – let’s not even try to go there.

It should not come as a surprise, then, that this idea of rivalry and cliques should also extend to music, particularly when it comes to the ‘alternative’ scene and the subcultures that belong to it, like electronic music. Put it down to our Latin temperament, but we sure love a good showdown with what we perceive as ‘the enemy’, whether said showdown takes the shape of insults or boycotts.

Like I wrote, understandable – but still bloody annoying and potentially counterproductive. The Maltese music landscape is still (relatively) in its infancy – not as far as talent is concerned, but from a commercially-viable and ongoing point of view, which means that artists need all the support that they can muster.

The raw talent is present and flourishing. Many artists are producing work that holds its own even on an international level and strong events happen on a regular basis in genres across the board. But, somewhere, there is a missing link.

Artists often complain about the lack of public and government support – and rightly so. It is a sad state-of-affairs that so many valid events are organised and yet, the efforts of the people behind them (both artistes and creators) remain, for the large part, unrecognised.

The wish to achieving widespread awareness is all very well and good. But, to use a well-worn cliche, charity begins at home. If the common goal of those involved in the alternative music scene is to work towards a stronger appreciation by those who aren’t necessarily involved, then all efforts need to begin at the grassroots.

And this means ditching the klikek, the piki and the bitching. But not only that. It also means taking a more pro-active approach when it comes to supporting and raising awareness about the works of other Maltese artistes, as long as you genuinely believe their work is valid, of course.

All too often, our judgement is formed not on the basis of how valid a work is, but on the name behind it. If the name belongs to someone who is part of our accepted social circle, there is no stopping the likes and the shares on Facebook. But otherwise, forget it. It could very well be the next Aphex Twin, we couldn’t care less.

How many times have we turned up at an event – a worthwhile event that should see everyone who genuinely cares about the scene flocking to it – only to find a handful of people, and we are left wondering what has happened to all the familiar faces?

How many times has someone’s work been ignored, just because that someone is not on the ‘approved’ list of artists – oh yes, this list exists in the minds of everyone, let us not fool ourselves.

This does not necessarily happen consciously and intentionally. But, no matter how good our intentions, the end result is the same; we end up sabotaging ourselves and our goals.

With a scene this small, creating further fragmentations is something to be avoided.  Here’s what artists from within the different scenes have to say.

“There is definitely too much ‘pika’ on the scene; I’ve frequently come across comments where people bad-mouth those genres that they do not consider ‘their own’ – and, sometimes, the artists too. I have experienced this within both the electronic and the alternative scene.

Is it a case of envy? I’m not sure, but what I do know is that this ‘us and them’ mentality, even within the same music scene/subculture, is counterproductive.

Malta is such a small country, so naturally the music scene, especially the alternative one, is small. Yet, it remains torn apart; most artists and followers from the electronic scene don’t take an interest in the band/alternative scene, let alone attend gigs and vice versa. I don’t understand how somebody could claim to love music but not even try to give other genres of music a chance.

Even when the style of music is not your cup of tea, you shouldn’t disparage others. We need to get out of our  comfort zones, open our minds and attend gigs that maybe we usually don’t. Get acquainted with artists and music enthusiasts who follow music that is different to what we are used to. Who knows, you might discover a new style of music that blows your mind. And if you’re an artist, new sounds and experiences can only serve as new inspiration for your music.

Having said all this, I am happy that Trackage Scheme is helping change things; thanks to our events, we have had electronic music artists and followers mingle with people form the band/alternative scene, and vice versa at both our events.

I have started to see interaction between people from different ends of the musical spectrum and I feel that this illustrates some form of progress and maturation.” 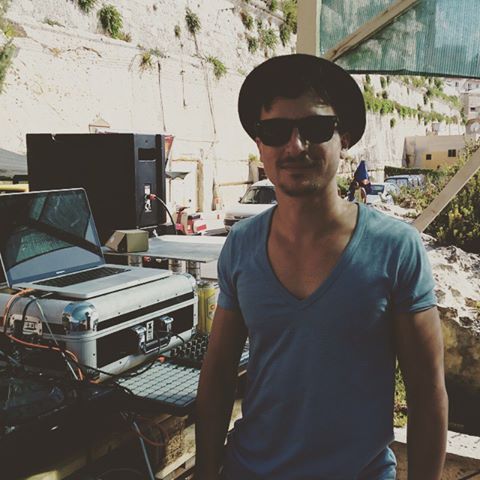 “For people who, from a musical point of view, think like me, piki in this area are mostly present where there is something to be actually competitive about. Although the scene has become more active, it still is not vibrant enough to justify this competitivity. Having said that – this in no way means that the piki are not there – living as we do, on a small island where everyone knows everyone else, it is the perfect recipe for these kind of situations.

Still, in my experience any situations that I have encountered are likely to fade within a few months without leaving a negative outcome. Having been part of the scene for quite a few years, I can say that pika was present in some cases, but I certainly didn’t allow it to become an issue for me. However, I have heard of bands who were on the receiving end. Most of the  situations I’ve seen usually get created by bands who want to gig at particular events which usually tend to choose the same alternative/pop bands over and over…which makes them think the scene is not a fair one. Hassle can also arise when a band is given air time on a local radio station,  while another band of the same genre is not.

Fortunately, since there is not much movement within subcultures I would say that is not so common to have these situations escalate into unhealthy ones…they tend to remain mild, mostly along the lines of one band giving bad feedback about the band next door.

The reality is that alternative acts will always have a limited amount of attention in Malta, simply because we’re a small island where the majority of the people tend to follow commercial musicians and events. But following the scene by attending gigs and staying updated is already a step in the right direction.” 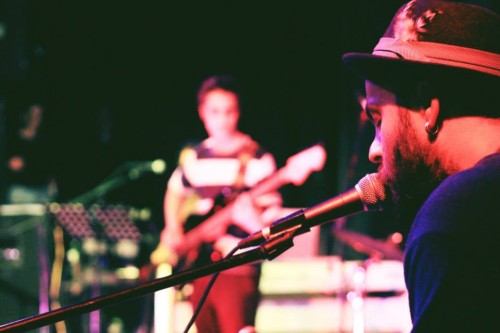 “Being exposed to and challenged by different/new artistic expression is a necessary condition for any passionate artist or musician. I believe that it is actually within the local (what we might call) subculture scene that artists and followers are genuinely interested in the ‘otherness of the other’.

But what is interesting in our local alternative scene is that it seems that every band/artist seems to represent a different genre, in turn creating invisible dialogues precisely through its different forms of expression. Of course, dialogue is half-dead if everyone is expressing more or less the same thing.

This dialogue only becomes destructive when everyone becomes disinterested in the ‘otherness of the other’ and fragmentation follows as a result of a solipsistic attitude.

I am totally for opening up this dialogue across genres through virtual spaces. However, the old-fashioned attitude – attending events and buying albums – should not be underestimated.”