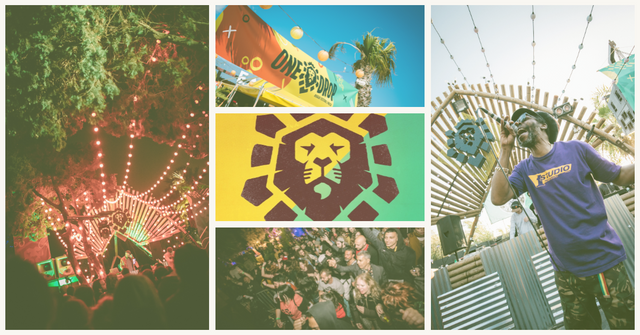 It’s safe to say that One Drop Reggae Festival is a truly unique gem when it comes to events and festivals happening in Malta. Trackage Scheme spoke with one of the festival’s organisers – Miguel Cachia – to discover how this one-of-a-kind festival came about.

What’s the story behind One Drop Reggae Festival?

It all started with a casual conversation among a group of friends who were already involved in the local reggae scene. We were discussing how cool and fitting a reggae festival in Malta would be considering that it’s like the ‘little Jamaica’ of the Mediterranean. Things got a little bit more serious… we were getting down to the nitty-gritty details and decided it was worth a shot. We assembled our A-team and we started brainstorming.

When do preparations usually start?

For this edition, we started planning and preparing six months ahead, discussing, booking artists and securing the headliners. Then, we started working on the design and marketing material, booking flights & accommodations, and working out the general logistics. It takes a lot of effort to produce a high-quality festival. In addition, we’re all perfectionists, so things tend to take a little bit longer than usual.

What elements from this year’s edition are you particularly proud of?

I’m really proud of the festival’s standard and how well the whole team worked together. We were under a lot of stress since the weather this year presented some daunting challenges which we managed to overcome, thanks to the team’s efforts. Furthermore, we also had to deal with a venue change one month before the actual festival was supposed to start!

If you had to curate your dream festival lineup, who would you include?

Oohh! That’s a difficult question! I think I’d include some reggae and dub legends like Toots and the Maytals, Don Carlos, Channel One, Damian Marley, Chronixx, Protoje, Alborosie, Jah Shaka, and Aba Shanti. I would also include modern artists that challenge the meaning of the word ‘reggae’, like Manu Chao, Fat Freddy’s Drop, DubFX, and Thievery Corporation, as well some personal favourites like OBF, The Specials, Gentleman’s Dub Club, Panda Dub, Mungo’s Hi Fi, Mad Professor and Congo Natty.

Any plans for this festival’s future?

The plan is to expand the festival into a medium-sized one. We’re also working on attracting new audiences, so that eventually, the festival becomes a European staple. We’re doing this by improving our line-up and offerings. We’d love to include a camping area in order to elevate the festival experience. Finally, one of the festival’s main objectives is to create a better society. Therefore, we’re looking into including socially-conscious workshops, talks and forums.