Petit Massif on getting your music out of your bedroom 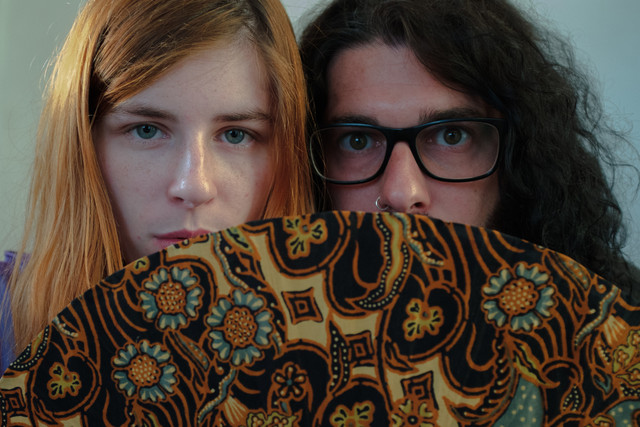 Petit Massif is Craig Hitchings and Eifey Hinchy. The self-described “DIY, Bedroom Pop & Synthwave” duo are currently creating music out of their bedroom in Gozo.

It’s safe to say that the 90’s-influenced outfit is creating music with international appeal – the experimental and sometimes harsh-sounding synth-lead music is balanced by the equal parts eerie and ethereal vocals reminiscent of AURORA and Mazzy Star.

Trackage Scheme caught up with Craig and Eifey (virtually, of course! Respect the 2m distance rule, people!) as they reflected on the duo’s musical beginnings and dynamic.

How would you describe your music to someone who’s never listened to it?

Craig: Good question. It’s synth-pop at its core, but we try to do different things on each track and not stick to one genre. Our more recent stuff is a bit more trip-hop in a way, influenced by 90s Bristol bands like Portishead and Massive Attack. So there’s that, mixed with more synth-based pop like La Femme, Men I Trust and Vendredi Sur Mer.

Our production style is deliberately rough and noisy though, so there’s a little bit of Burial’s crackly, hissy stuff in there too. And Eifey is hugely influenced by Kate Bush and Beach House in terms of vocals.

Eifey: Our music is a blend of many different eras too. Being that we’re born more than a decade apart, our music tastes sometimes differ, which hopefully comes together nicely in our music.

Eifey: We love it here – the music and the people! When we first started dating, I took Craig to Rock The South and introduced him to the scene. Now we regularly go to gigs whenever we can. Living in Gozo makes it a bit more difficult now, but it’s always worth it. It was much easier when we lived in Valletta!

Craig: Having lived in London and Bristol in the past, I really didn’t expect there to be anything other than DJs and cover bands here. But we love it here and get inspired by the Maltese music scene all the time. It’s so varied, there are so many talented musicians here doing original stuff in every genre imaginable, and we adore the creative, supportive, DIY attitude of the scene.

We actually left Malta for eight months recently to move to France, but we really missed our friends, the music scene and all of the amazing festivals and gigs. So we came back just before the world fell apart. We’re lucky that there’s a bit of a synth-pop scene here too, with amazing artists like Joon, Hearts Beating in Time and Princess Wonderful, for example. We can’t wait to start gigging in Malta and Gozo!

How did you initially get involved in music, and how did you discover each other’s musical talent?

Eifey: At the time we met, I was working on a solo project. It wasn’t until we started hanging out that I realised how great a musician he was. We clicked immediately and started jamming on the regular. The jams were so frequent we decided to start the band – it just kinda made sense.

Craig: I’m old, haha, so I’ve been playing in rock and metal bands ever since I first heard Nirvana in my teens. I crossed over to beats and production through hearing the Digital Hardcore stuff coming out of Berlin in the 90s, then went through a dubstep period when it was moving through the underground scenes in the UK.

When I moved to Malta four or five years ago, I’d largely given up on music and was content playing acoustic covers in my bedroom. Then I heard Eifey’s voice through her ukulele recordings that she posted on her Instagram and just knew she’d be awesome to work with, especially when we discovered we liked a lot of the same bands.

What are the biggest pros and cons of being in a relationship with your bandmate?

Craig: The biggest pro is that we’re always together and can start a new song whenever we want to. But because we’re not meeting up specifically for rehearsals like a regular band, it can be tough finding a balance and motivating our lazy asses to get on with it instead of watching Netflix or whatever. Another pro is that we can usually be completely honest with each other if something’s not working – we have loads of abandoned recordings haha.

Eifey: We’re both very passionate people, so if something in a track doesn’t work out, we do fight. That said, we don’t allow the music-related arguments to affect our relationship! Everything can be settled with a good meal afterwards! Mostly it’s because we forgot to eat and got too hangry!

How is the Covid-19 affecting you personally and musically? Do you think that this period will create a new Renaissance?

Craig: It started off really good because we just threw ourselves into writing music or finishing stuff we had been working on in France. Then the days all kinda rolled into one and depression and boredom set in – we’re both a bit prone to this.

So, we had a bit of a break from Petit Massif for a couple of weeks, before we got asked to record some tracks for a festival that’s going online this year. That got us back in the mood, and we’re writing some new stuff again!

As for the Renaissance part, I think it depends on the kind of music people create. Those musicians in bands that can’t meet up must be really suffering right now, but maybe they’re all doing some solo stuff and experimenting more while they have the extra time.

It’ll be interesting to look back on this period to see if more or better music was created and released. I’m pretty sure people have recorded more Facebook Live videos than ever before!

Eifey: Also, I don’t think I’m alone in thinking that art and music are even more important now than ever. It’s a really difficult period, and I hope artists have the time, energy and support to carry on creating. As for us, we’re trying our best!

What advice would you give to musicians who are looking to start producing tracks in their bedrooms?

Eifey: All you need is your voice and a recording device, be it a phone, iPod, or even a tape recorder! When I started out making music, my biggest influence was Daniel Johnston. He made an entire collection of albums in his mum’s basement with a shitty, out-of-tune piano, recorded on a mono cassette player.

I guess what I’m trying to get at is it’s not about the equipment you don’t have. It’s about how you use what you’ve got available to you. And don’t be afraid to just put your music out in the world! Chances are that if you enjoy making it, there are probably lots of people out there that will enjoy listening to it.

Craig: Definitely. I’d say just start off with the basics. Get a laptop to record tracks in a free DAW like GarageBand, Audacity or Reaper. Or even just a cheap recording device with a built-in microphone. Then sing, play an instrument or hit things around your room to see what happens. Or, if it’s synth stuff you want to do, grab one of the Roland Boutiques like the SH-01A or the JU-06A (we’ve used both of them) and a cheap drum machine like the Elektron Model:Cycles that we recently acquired. Then just go to town!