Prepare For Rock The South 2017 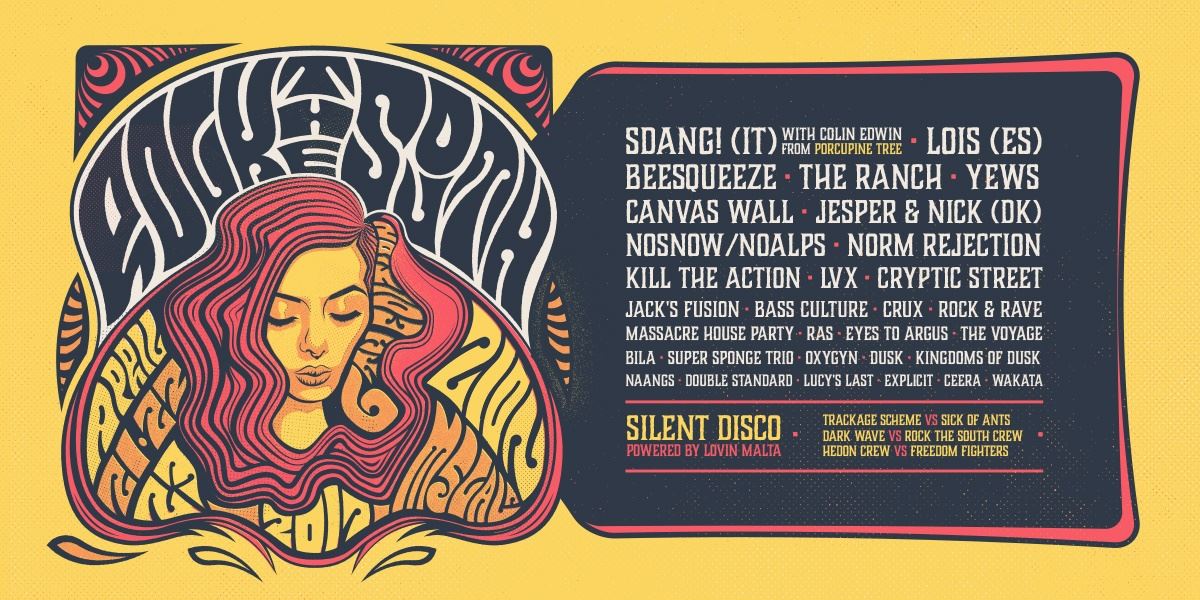 You can’t fight organic growth, especially when there’s ample sunlight involved. Who would expect a standard gig that you had organised for some visiting buddies would blossom into a highly anticipated alternative rock festival in Malta? Definitely not Nick Morales.

“No, for sure, I didn’t think this event would have reached its 6th edition,” he laughs. “The first one was just a show we organized for some friends of mine from Italy called AIM; we thought of a name to just do a small event with a few bands and have AIM as headliners. Keith Decelis of Bass Culture supported me and suggested Zion, and from that one-day gig it turned out a to become regular event in the Maltese scene. It a lot of work but I am happy to see it grow every year.”

Rock The South has become a mainstay in the local music circuit, both for its inclusion a large number of many alternative acts but also for its welcoming and easy vibe. It’s mix of classic favourites like R.A.S. and Dripht as well as the absolute newest bands on the scene provides festival-goers with a rundown of what’s what in Malta.

“The central idea was to always give space to as many bands as possible to perform with a good sound system and professional atmosphere and have a good crowd,” says Nick. “I think we achieved that for sure, every year we give space to new acts and have a pretty large number of bands and acts performing through the weekend.” RTS’s format of two stages and a Silent Disco all in the same area – Zion – provides enough leverage to catch a ton of artists over the weekend. “If you are new to the scene or a foreigner you can get a very good idea of the alternative scene in malta if you attend RTS, points out Nick. “Also the fact that it’s kind of the start of summer people get all eager for the hot days to come..the vibe at Zion is great and we try our best to have a good atmosphere throughout the weekend,” he beams.

The festival’s success can be linked to it’s evolution, which Nick describes as “evolution in a slow but effective way:

2012: We started with the one day event with AIM as headliners

2014: We added a 3rd day and the acoustic area became the 2nd main stage outside and we even started adding hip-hop – that year we kicked it off with an MC battle.

2015: For the 4th edition we added a 4th day and the Silent Disco as well. The four days as a great idea at the time but we ended up totally destroyed on the last day.

2016: For the 5th edition we went back to the three day formula which we think works best and teamed up with Hedon Crew, Trackage Scheme, Sick Of Ants, Freedom Fighters and other organizations to collaborate in the Silent Disco and provide a greater mix of styles and genres.” 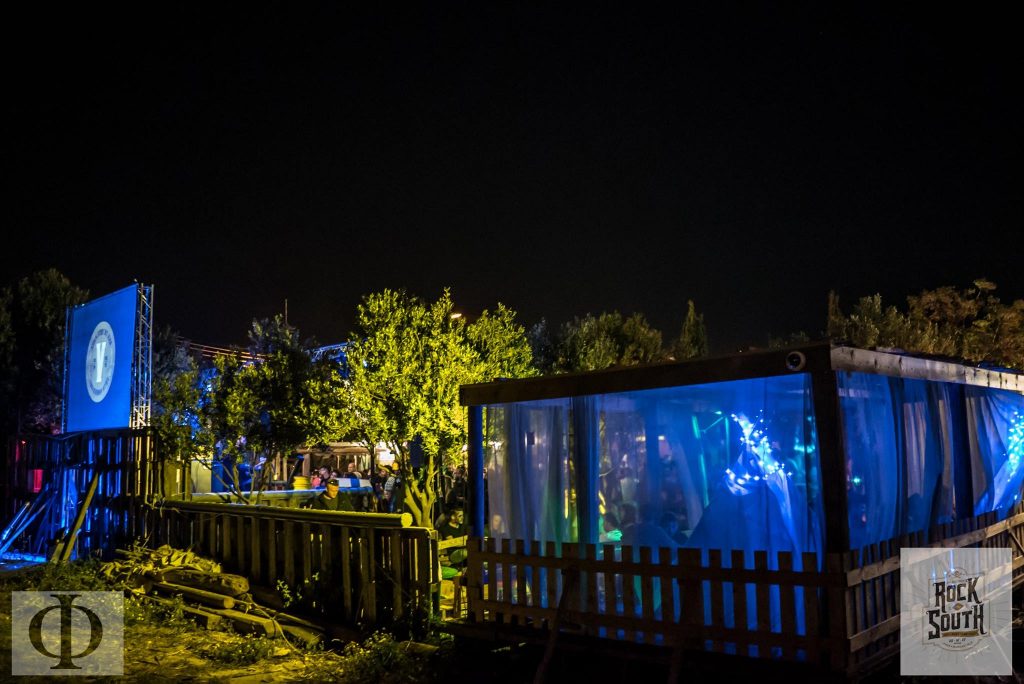 This increased collaboration with other crews has even led to a number of albums and EPs being launched at RTS, from Cable35 to Berne to Troffahamra. And apart from the local bands performing, they’ve had a number of foreign bands perform as well. AIM (Italy), Zatopaeks (UK), Cut (Italy), Anna Mancini (Italy), Dorian Gray Sound and Vision (Italy), Angler (Italy) and My Drug Hell (UK), and this tradition continues with this edition’s foreign performers.

“We either work with people that we worked with before or met on tour with my band nosnow/noalps,” says Nick..” We actually met Sdang! in an edition of the Street Arts Festival and we made friends and came back for last year’s edition of RTS. This year they were touring with Colin Edwin from Porcupine Tree so we thought we should really have them back especially since they made a huge impact last year. Lois from Madrid was invited by Cryptic Street from the contacts they made in Spain and we are hosting them for this year’s RTS.”

With the cream of Malta’s alternative scene performing, plus special foreign invitees and an eclectic and interesting Silent Disco line-up, this year’s edition seems ready to rock the South – and maybe a little bit of the North as well – of Malta once again.

“Don’t miss this year’s edition ‘cause we’ve got a great number of artists including Sdang! with Colin Edwin from Porcupine Tree so that is pretty exciting for us,” ends Nick. “The vibe and atmosphere is always amazing at every event thanks to the people that attend and make it so – without the support of the people this event will have never happened for sure so thanks again and see you all at this year’s edition of RTS to celebrate 6 years!” 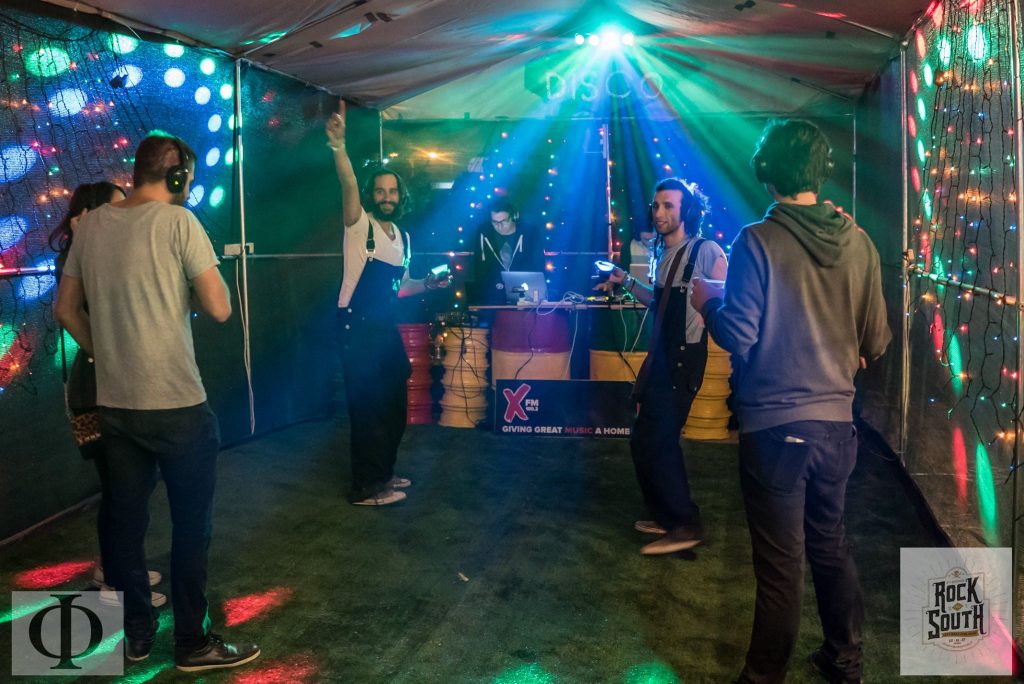 Here are some comments from some of the musicians you can watch at Rock The South 2017.

You will be playing at Rock The South this year – how does it feel to be invited back in 2017?
It’s an honour for me and I’m happy to be back to perform with other great local artists. Such a small island and so much good music… Great that I could be part of this fun-filled weekend. Rock The South always has a good energy and smiles.

What are you planning for this year’s set?
This year I will be performing on my own. I am working on a lot of new tracks so I’d like to see what the audience thinks about them before I decide what to keep working on and eventually release. It’s an electronic set, mainly using Ableton and some cool vocal effects.

Any comments for fans coming to see you this year?
I’m performing a lot and working on a variety of sets so if you’ve seen me before, this will be different. And my next performance will be too! Come listen to some fresh yews tracks and feel free to let me know what you think. Most importantly come support local talent, join in on the fun and add to the positive vibes.

You will be playing at Rock The South this year – how does it feel to be invited back in 2017?We are not just looking forward to performing at this year’s edition, but also at being part of the crowd and watching the other bands. It is a special event and is an honour to being invited and play again.

How did your previous performances at Rock The South go?
It was always fun. Our first show at Rock the South was in 2015 and it was great. In 2016 we did a semi-acoustic set and were joined by Fuzzhoneys drummer for The Highway.  Whenever we play, the crowd is always very engaging and good with us, and Rock The South has not been an exception.

What are you planning for this year’s set?
We are still in the planning phase but Rock The South is not your usual gig. You have several bands play for a limited set of time. You do not have the luxury to throw in a couple of encores so every minute really counts. We will definitely put some serious thought in it, like we did in the past.

You will be playing at Rock The South this year – how does it feel to be invited back in 2017?
Coming back to Rock The South is a pleasure and an honor. We still have great memories of last year’s festival and we’ve decided to PREMIERE our new line-up (with Porcupine Tree bassist Colin Edwin) at RTS. We will give our best again this year!

How did your previous performances at Rock The South go?
We were greeted with great warmth. The concert area was packed. I think many people had found a part of themselves in our songs. I remember smiles and even tears as we played.

What are you planning for this year’s set?
Rock The South fans will listen to some fresh new versions of the songs from our EP Il Giorno Delle Altalene and LP La Malinconia Delle Fate. Colin will give a more tridimensional touch to our sound.

Any comments for fans coming to see you this year?
Hi folks! Do not forget to learn the lyrics of our songs and sing with us 🙂

Get your tickets fast from here

Photography by Luke at Phiphoto