REA’s Rapping: Music as a vehicle for social change 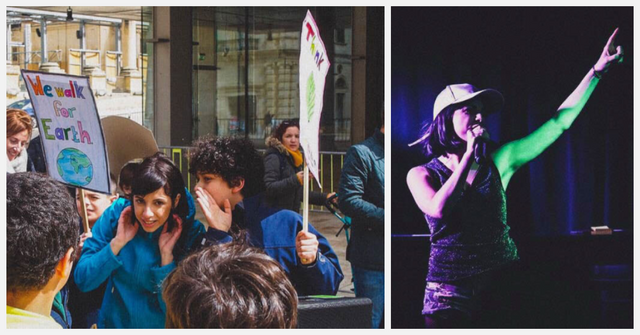 Rachelle Deguara (also knows as REA), is a young Maltese rapper whose passion for activism resonates in her art. Trackage Scheme talked with Rachelle about how socio-political issues and bureaucracy can serve as a fountain of artistic inspiration for Malta’s disgruntled youth.

How did you first get involved in Malta’s alternative music scene?

Mere coincidence! Back in December 2015, I was hanging out with a friend at Ġugar, whose friends were part of the scene.
In February 2016, I had the opportunity to perform with Cryptic Street at Django. When we were rehearsing for this event, I met a couple of cool folks who were interested in my material.

Who or what inspired you to start rapping?

I was inspired by social injustices such as the exploitation of workers, discrimination, homophobia, corruption, etc etc. One of the issues that initially encouraged me to start rapping was the degradation of Malta’s natural environment. I wrote my first song called “Il-Munxar”, which was produced together with Drinu from Marmalja.

Is it essential for Maltese musicians and artists to be political activists nowadays?

I believe that everyone should use their tools to instil change. Personally, socio and eco-political issues were always a source of inspiration when it comes to writing. Nowadays, it’s impossible to remain complacent or silent. It’s essential to take a stand and project society’s concerns using an artistic medium.

In your opinion, what are the main challenges that are currently being faced by Maltese artists and musicians?

Realistically speaking, Malta as a small country has many constraints. In the hope of getting funds from public agencies and institutions, we may often use metaphors in our art to self-censor ourselves. Additionally, local institutions do not facilitate the funding process because of the bureaucratic systems in place.

What lies in store for REA’s immediate future?

Right now I’m working on an album called “Paraventum tal-Kalkoliżmu”. It’s a folk fusion and hip-hop album which also includes a song in dialect. I can honestly say that I’m super excited for this project to be released!