Rock the South returns with a banging line-up for its 9th edition! 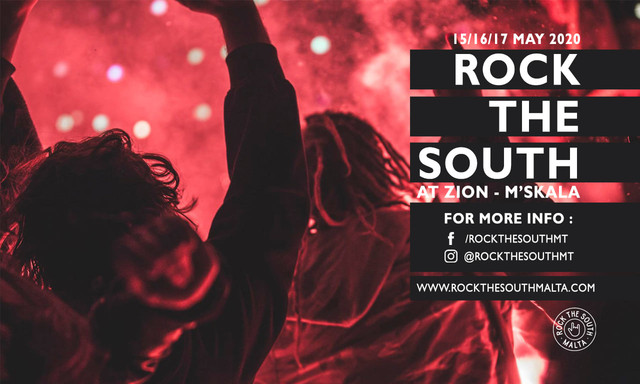 It’s safe to say that Rock The South has become an integral part of the local, alternative music scene. Along the years, local and foreign acts have participated in a festival that has steadily grown in size, while never compromising the quality the chosen acts.

This year’s edition will once again take place at the legendary Zion, situated in the picturesque St Thomas Bay (Marsascala), between the 15th and the 17th of May.

“In 2020 we will be celebrating the 9th edition of the festival, which has grown steadily every year. We have two stages, plus a silent disco area.” stated festival organiser Nicky Morales.

“This year we have acclaimed UK band Pulled Apart By Horses as festival headliners on Saturday night (16th of May),

together with Staghorn from the USA and Anglo-Greek outfit Balothizer plus many others, as well as an amazing local line up,” he continued.

These acts will join the stellar ‘Hall of Fame’ of past headliners, which includes Soccer 96 (UK), Giungla (IT) , Sdang! (IT), Porcupine Tree’s Colin Edwin (UK), Zatopeks (UK) and Bo Ningen (JP).

This year, the festival has joined forces with the talented designer Andy Vella – who’s known for his work with the iconic British post-punk band The Cure – and British music group Phantom Limb, taking the festival to the next level.

We can honestly say that we can’t wait for Rock The South 2020!

Band in a Camp: