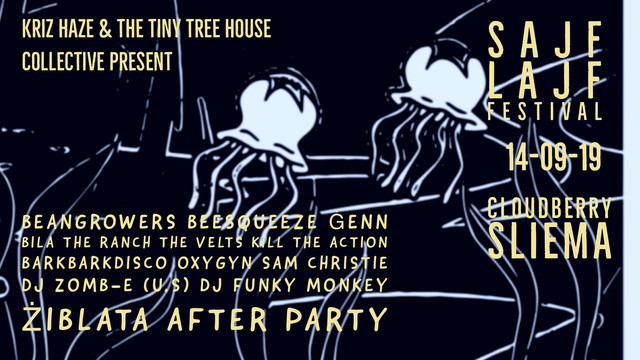 Featuring a diverse line-up that incorporates acts from across the alternative spectrum, the festival promises to serve as a supportive and encouraging space that showcases the work of DIY bands and musicians from Malta and abroad.

The 2018 edition of the festival came about in a coincidental manner, after Kriz Haze from Beesqueeze decided to set up a fundraiser to raise funds for a local band that got robbed. The first edition was an astounding success, and it was quickly decided that the festival should take place again this year

“The festival’s structure is crafted in a way to help artists cover their immense expenses,” co-organiser Kriz told Trackage Scheme, “The line-up includes promising bands that contribute so much to Malta’s culture. So come down, bring your swimsuits and your friends, and support the alternative scene!”

The lineup includes Beangrowers, Beesqueeze, ĠENN, BILA, The Ranch, The Velts, Kill the Action, bark bark disco, Oxygyn, Sam Christie, DJ Quincy Dents (straight from L.A.) and a live DJ set by Funky Monkey. The ŻIBLATA After Party will serve as a homage to your favourite throwback tunes from the 80s and 90s, wrapping up the event in style.