Say, How Big Is Your Living Room?

In a time when live gigs are a dime a dozen, it is possible to see world class musicians performing practically every week, and the shows of all your favourite artists are on Youtube, it is easy to become jaded to the power of a live performance, and to take them for granted. With lineups advertised sometimes months in advance, and more emphasis placed on certain artists, even an intimate performance can end up feeling run of the mill.

Luckily, there are people out there actively working against this overwhelming feeling.

“I got an address that was situated in a warehouse community in Seven Sisters, London. I went to the address, knocked on the door, and a guy opened up and led us to this huge living area. The room was filled with smiling faces, natural lights, cosy cushions, and wine glasses and beer cans in hands. Then a musician entered, but there was no stage, nothing, and he just started performing. It was amazing, the sudden quiet, all eyes on the musician, the attention, and just the good aura in the room. Immediately, I thought this should be implemented in Malta; and I’m happy to say that the upcoming Sofar Sounds gig will be our fifth one,” says Shawn James. 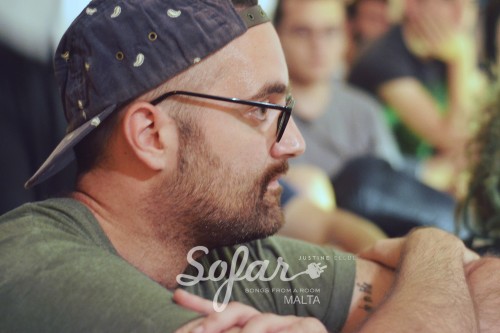 Sofar Sounds is a movement that started in London in 2009. The location is announced only a day or two before the event, and the line up is not disclosed until the event starts. With more than 100 gigs a month in living rooms in over 150 cities worldwide, Shawn James felt that it was time something Malta was beginning to need.

“I decided to bring Sofar to Malta, as apart from being somewhat magical and special, something like this had never been implemented here,” explains Shawn. “ In Malta,” he continues, “we are used to a culture where everyone knows who is performing and where they will be performing, and bringing Sofar to Malta would challenge this ideal in a certain way. I remember looking for a specific space for the first Sofar gig, which was not easy. Unlike people in London, a lot of Maltese aren’t too keen to give their living room for a gig, where people can drink and have a good time. Plus, living rooms in Malta aren’t as big as they are in London…”

But the spirit of Sofar Sounds is to overcome logistical obstacles and put the music above all.

“I remembered seeing some pictures of the Splendid on the web, and I decided to go with that space for our first show. It was amazing, the beauty of it, the space, and the huge football turf that we carried to the rooms upstairs to fit on the floor for people to sit comfortably. I assembled a team of camerapeople, a photographer, and a sound technician and got things going by creating the first Sofar Malta event online.”

Bringing a new idea over to Malta is always risky – even more so when you can’t give many details about it.

“I have to admit I did have my concerns as I knew that people would ask me who would be performing, and if I didn’t tell them, there would be a possibility of them not attending. However this was not the case, and around 80 people attended, and every one of them had smiles on their faces, enjoying live music in a different way than they’re used to. And the fact that the gig was held in an unusual space helped also – along with the musicians who performed, of course,” he laughs. 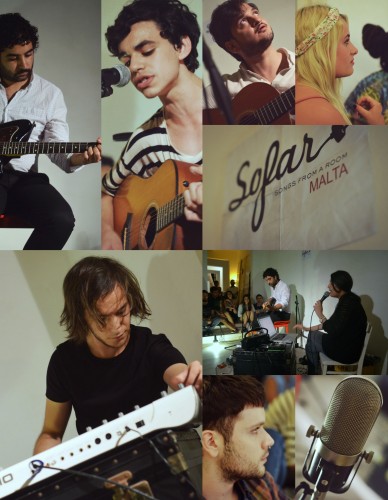 The gigs have even had positive unintended consequences: “The 2nd Sofar Malta edition was part of the ‘Sofar Sounds Malta/London Exchange,'” explains Shawn. “The project, which was supported by the Valletta 2018 Foundation, saw the first time a Maltese act (Plato’s Dream Machine) performed in Maltese in a Sofar gig in London. However, the second part of the project was to have a British musician perform in a Sofar Malta gig. Tamu Massif came over and performed a piece with Plato’s Dream Machine – it was such a memorable moment to see both a Maltese act and a British act come together to perform music, along with the other local musicians who were invited to perform on the night.”

With the 5th edition of Sofar coming up on the 18th, Shawn is taking on the festive season with glee. “Well,” says Shawn, “since it will be held a week before Christmas, Christmas sweaters are encouraged to be worn by attendees. Christmas cheer is encouraged also, along with everything and anything Christmas-sy.”

Shawn finishes with a clear message: “Everyone loves a bit of a surprise, so to find out whose playing on the 18th of December, one just has to send an email to sofarmalta@gmail.com and book their place to find out. If you want to be part of Sofar, even if you just have a living room or space big enough to cater for a number of people, please contact us. Sofar is something amazing, and do not worry about spillage of booze – we will take good care of the space, as it brings good times to both the attendees and the performers. And to the musicians who like the idea, please send your music to sofarmalta@gmail.com, as we are constantly looking for good music from any genre.”

You can find out more information about their upcoming event here.