Catching up with singer-songwriter Sam Christie 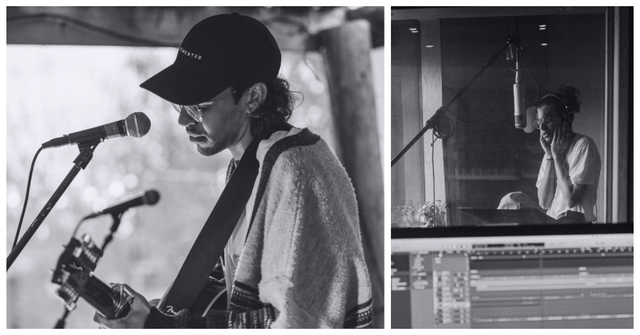 It’s safe to say that Sam Christie has been raised by Malta’s alternative community. Starting out as a young teen in the band ‘Unexpected’, he has evolved into a bonafide singer-songwriter with a unique sound. Trackage Scheme spoke with Sam ahead of his performance at Offbeat (taking place on the 12th of July) about his evolution as a songwriter and his upcoming album.

In what ways have you evolved as a musician and a songwriter since your 2018 release ‘Meet Me At Spoons’?

I feel that since I’ve released ‘Meet Me At Spoons’, I’ve opened myself up to a lot more musical styles rather than solely sticking to folk. I used this exploration to the best of my abilities when writing this album’s songs.

Are there any particular concepts or themes that you explore in your upcoming album?

I don’t really think about concepts too much, to be honest. It’s basically a break-up album and an album about myself, so I think it’s a very personal record.

How would you describe this album’s songwriting and recording processes?

With this album, I tried writing songs in different places rather than writing all songs in my bedroom. I did this to try and create sounds that reflect the place I’m in.
I usually write the guitar parts, then the lyrics. However, this time around, I had most of the lyrics done beforehand. When I felt that the album was finished, I contacted Chris Vella, who I always work with, went up to the UK and recorded in a lovely little studio in Wimbledon (where lots of great musicians like James Arthur, James Bay and Bastille have recorded).
Chris pitched some ideas to make the songs sound more professional, and we managed to record everything in one very tiring day. It was completely worth it, and I can’t wait to release it!

Any projects or shows in the pipeline that you’d like to tell us about?

I have a few gigs coming up this Summer at Offbeat and Storeroom and maybe at some other places. Then I’m playing Notte Bianca with live dancers from Concept of Movement. Right now I’m mainly focusing on finishing the album and setting a release date.