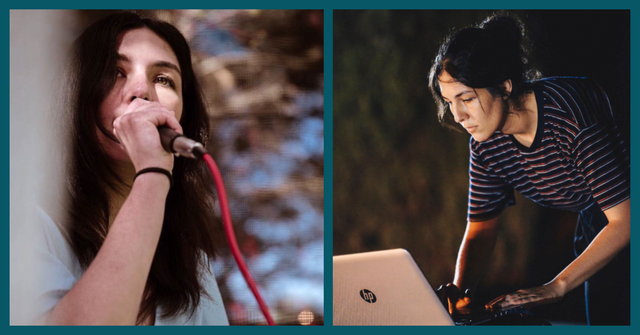 Yews is one of Malta’s top sound artists. She’s constantly pushing the envelope when it comes to electronic and ambient music and is one of the few females involved in this male-dominated sector. Trackage Scheme caught up with Yews to discuss her new releases and her musical career so far.

Who or what initially inspired you to get involved in music?

Around eight years ago, I was involved in a car accident. After this incident, I felt super lucky to be alive. It was at that point that I decided to pursue music.

Your latest single ‘Orqod’ and the upcoming single ‘Me & My Sea’ are truly a breath of fresh air. What inspired you to create these tracks?

I wrote these songs around three years ago when I was living in London. At the time, I was listening to a tonne of experimental tracks… I guess those songs inspired me to add a little something extra to my songs. Since I haven’t released anything in a while, I thought I’d produce a couple of DIY videos to accompany them, just for the fun of it! “Me &My Sea” (my b-side to “Orqod”)’s music video’s coming out next week.

You’ve spent some time honing your craft in London. How would you describe that period of your musical journey?

London exposed me to a lot of exciting, experimental, unique, fresh and crazy artists. It was definitely an ear-opener. Most of all, it helped me to become more confident, and to be comfortable in my own skin.

You’ve also been involved in setting up Malta Sound Women Network. What’s your vision when it comes to this NGO?

No one can argue that there isn’t a gender imbalance in electronic music and the sound arts in general. MSWN wants to bring about change. Ten years ago, I didn’t believe that I could ever make music. I simply felt intimidated since it’s such a male-dominated industry. When I was studying Sonic Arts and Sound Design in London, there were only five women in that course. It’s a super low number when compared to the fact that there were thirty men. With MSWN, we want to create a safe space for women and girls. We want to empower, encourage and mentor them. We want to support our mothers, sisters and daughters.

Where do you see yourself in 5 years?

I feel that I am in a great place right now. I have a fantastic support system. I’m able to work full-time in music and sound design for video games. I have my creative outlet with Yews. There’s MSWN…I also travel quite a lot. I am very happy with what I have. I guess I just want to keep on learning and improving my skills. I’m open to whatever life throws my way.