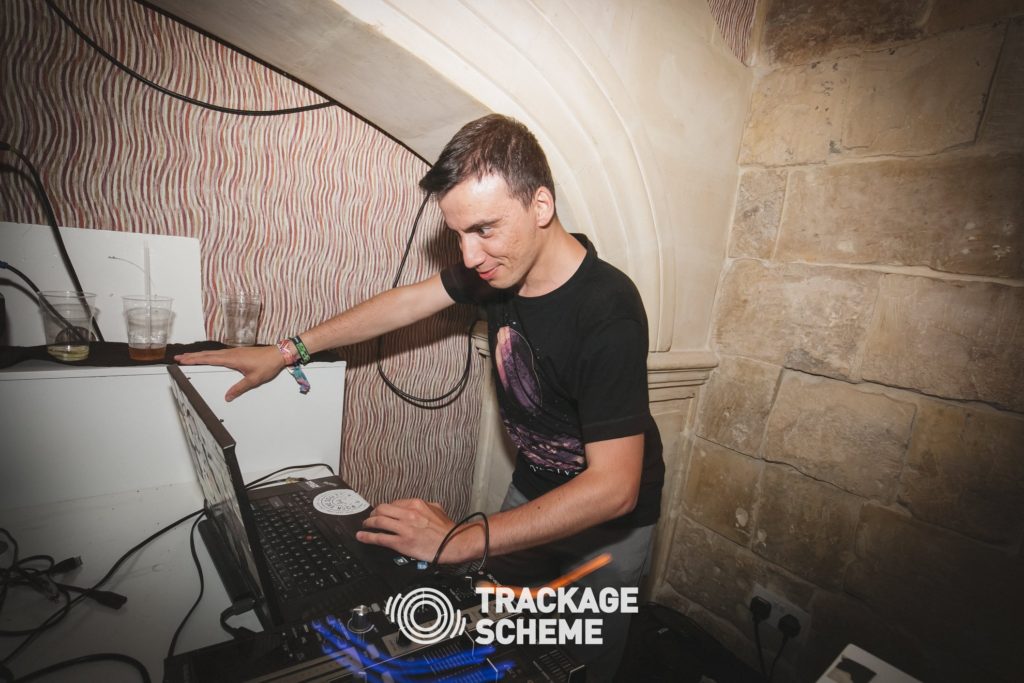 Steve Meli is widely known in local circles as a genuine supporter of rookie and veteran local artists alike. Additionally, he is always one of the first people on the island to champion emerging artists in the global alternative scene.

In this latest edition of the Spotlight Series, Steve looks back on his career in radio. Additionally, he shares his thoughts on the local music scene and the much-disputed repercussions of Covid-19 on this same scene.

Who was your earliest musical inspiration?

Most probably, my uncle. He used to play me a lot of music, mostly on cassette tapes and vinyl. At some point in the 90s, we had also created a fictitious radio station, with my uncle presenting and recording himself on tape while playing his favourite songs.

Were there any radio presenters that inspired you to become a radio host yourself?

In the late 90s, I used to enjoy listening to “Planet Dave” every weekend. He really did influence my music tastes at the time, as he used to play music from a broad spectrum of artists such as Public Enemy, Daft Punk and The Smashing Pumpkins. I was so into his show that I used to spend my weekends inside – not to miss anything that I might later regret.

How would you describe your relationship with the world of radio?

When I was younger and still a listener, radio was the only source of discovering new music, apart from my uncle’s collection, so from a very young age radio was very significant for me.

The curiosity that I’ve always had for discovering more and more artists has helped me stay up-to-date with what’s going on in the music scene nowadays, and this has really helped when it comes to doing my own radio show.

Radio has also really helped me on a personal level. First of all, when I was younger, I was much more reserved, and radio has definitely given me a huge confidence boost. I’ve made a lot of friends, got to know people who share the same music tastes and interests and met several local bands through radio… so it’s definitely been a positive ride so far!

What are your thoughts on the current local music scene?

I believe that we’re still lagging behind most other EU countries when it comes to the output of most popular local singers/musicians.

Malta hasn’t produced any stand-out pop artists, mainly because we’re still convinced that we need to sound like “ta’ barra” (the foreign artists) to make it big, instead of ourselves.

The mainstream local singers/musicians are still recycling sounds that were popular 5 to 10 years ago. Apart from sounding dated, this strips them of any identity and artists end up sounding like clones of Dua Lipa, Sia, Ed Sheeran, Coldplay, Rita Ora, Mumford & Sons and One Direction.

I always like to mention Iceland, an isolated island with a smaller population, and a less hospitable climate that has indeed produced the likes of Bjork and Sigur Ros, who are world-renowned artists.

Having said that, I do find that the alternative scene has grown quite a lot over the past few decades.

In your opinion, what are the long term repercussions of Covid-19 for the Maltese alternative scene? What more can be done to enable local alternative artists to showcase their material to a broader audience?

The repercussions cannot be underestimated. Music and entertainment, in general, have been heavily hit by Covid-19 and we can already witness what’s happening on a global level, with musicians having to either seek for an alternative job or quit altogether.

On a local level, the fact that most musicians do not depend on their own music for a living, might for once be beneficial. However, we already have limited venues where artists can perform, and Covid definitely didn’t help the case, especially if some have close permanently.

A good number of local alternative bands have made their music available on platforms such as Spotify, Bandcamp and YouTube, so that will surely help in enlarging their fanbases over time. However, I still feel that for now, radio still plays an important role as it determines what local listeners listen to, to discover new music.

Unfortunately, local radio stations are refusing to play alternative artists, and that makes it all the more difficult. Signing with a foreign record label, or touring/going abroad might be some of the most viable options, even if the competition is even harsher abroad.

With gigs out of the question at the moment, all the focus is on the music itself. If the material is strong enough, if it’s got something unique, then I believe that that’s already a good start.