Staring at the Sun

There are a few sure-fire ways of gauging a band’s relevance in Malta, and packing out a former bocci club in late July to a mixed bunch of frantic gig goers, overheated yet unphased, is one of them. The crowd knows the words to the songs, they’re not too cool to dance, and they all share the feeling they’re witnessing something special unfolding at a show like that.

If you took a good dose of raunchy, retro guitar riffs, chucked in surfy bass lines, spacey synths and a drum beat that you just can’t help but tap your feet to, and sprinkled it with heartfelt, post punk vocals, you’d get something resembling The Velts. With influences ranging from Mod to Britpop, but with a sound that’s truly their own thanks to refreshingly accented lyrics, this homegrown indie outfit of four local lads is making waves in the scene with their own brand of angsty, sun drenched alt rock.

I caught up with Sean Borg, Mattew Cardona, Alistair Abela and Stimpy at their rehearsal studio in Birkirkara, to talk about their g-g-generation. 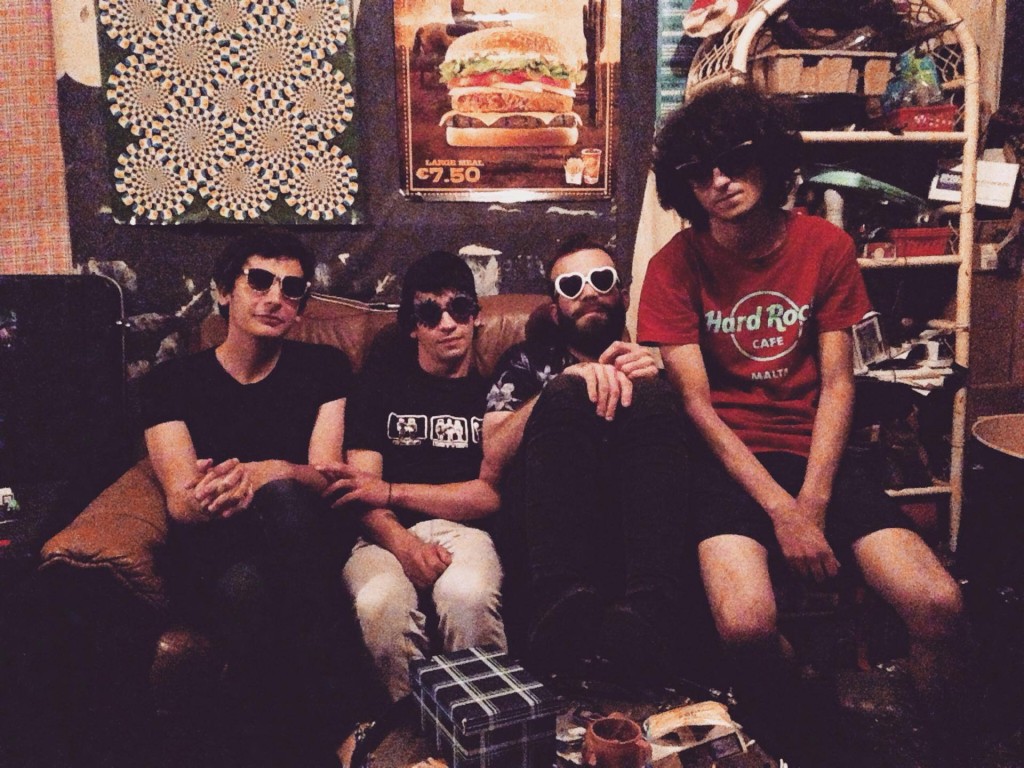 Hi The Velts! Firstly I’d just like to say a massive well done for last Saturday’s gig at The Funky Monkey Club, you guys absolutely smashed it. Did you enjoy yourselves?

Sean-It was thrilling… I mean it was one of our best performances ever. Especially since we played some of our new stuff. It was nice. It was hot. Like Cardona.

You’ve been kicking around for a few years and have established quite a following but you’ve been killing it this year. Are you starting to see your fan base pick up?

Sean- We always had a sort of fan base but it’s gradually getting bigger. We’ve been playing at Funky and lots of foreigners have been popping by.

Cardona- Those three songs that we released helped a lot. We spent the first three years seeing the same people at our performances but particularly this year we’ve started to see a lot of new faces and thankfully they’re not replacing the old ones.

Your last two gigs were at The Funky Monkey Club, how important do you think this new venue is on the Maltese gigging scene?

Cardona- There was another place a couple of years ago, Coach and Horses in Birkirkara, it’s closed down now. It attracted the same people but in a more ‘hipster’ way…

Sean- Like Cardona. It introduced us to the scene, gave us some tips on how to grow musically.

Cardona- There was another venue in Paceville called V-Gen, which lasted for about two years and closed down. We had a bit of a crisis where we didn’t know where to perform. Then two members of a band called Cable 35, Chris Mallia and Kriz Haze, now Beesqueeze, started taking care of this old bocci club which became Funky Monkey and sort of brought the scene with them.

Alistair- That place is perfect. It’s a cool place to chill. Even when there’s no event on. It attracts foreigners, it’s central and always full. It’s a good place to have a gig.

Stimpy- You couldn’t even boil a kettle in there.

Cardona- The electricity was so bad it couldn’t even support a kettle. Let alone a band.

Sean- We had to do it at St. Dominic’s hall

Cardona- It was underneath a church. Yeah, we were planning that gig for a long time and the day before the actual gig the venue called it off.

Stimpy-It was going to be cancelled…

Sean- He always believed in our rock and roll spirit. Hello Shawn, cheers!

So he kind of saved the day? Went to speak to the bishop or…

Cardona- That was a good gig as well. 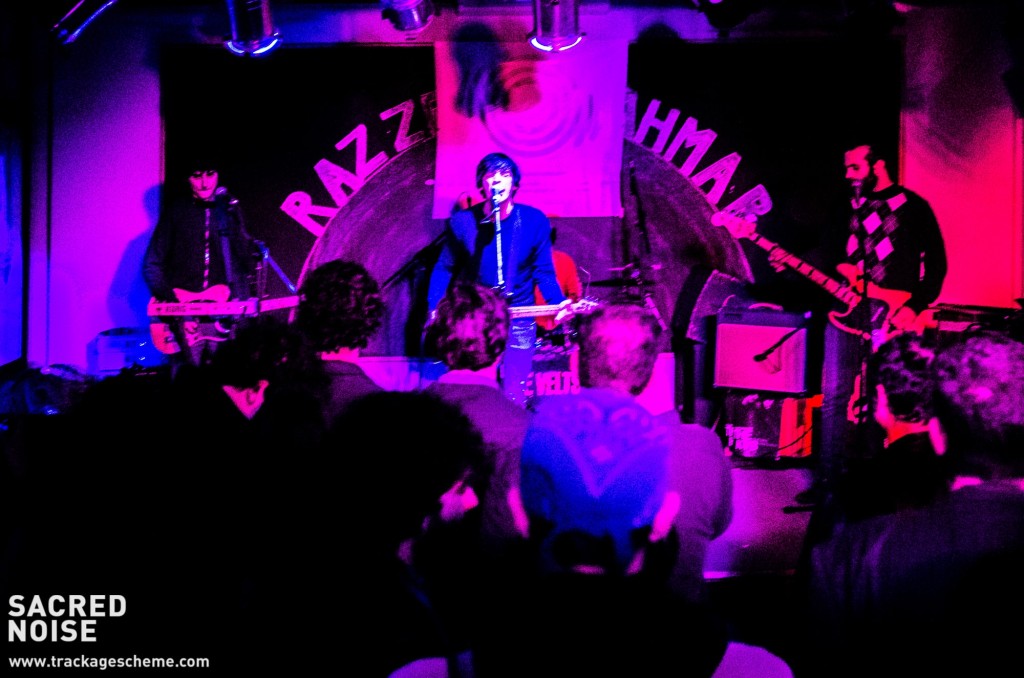 You’re playing at alternative music day-festival Sickfest at Beachhaven- that should be fun! What have you got in store for us and what can we expect?

Sean- As a set I think it’s gonna be shorter than the one that we had at Funky’s. There’s a huge list of bands including the infamous Clandestines, Naangs who we played with last April at Funky’s as well, Beesqueeze… It’s gonna be a good day

What can we expect from you guys?

Cardona- I imagine it’s going to be a harsher set.

Sean- Similar to what we did at Funky. It should be fun. Like always.

Cardona- Probably. On a smaller, more legal scale. We’re looking forward to it.

Tal- ġenn. ‘She’s Like The Sun’ is hands down my most played song of the summer, and judging by last show’s encore, I can safely say it’s a unanimous banger. How did you go about writing a song that sounds like a mod classic?

You succeeded! It’s been around since 2014 but has become even more popular thanks to the release of the music video this year. Was it as fun to make as it is to watch?

Stimpy- We wrote it years ago and we’ve been playing it since late 2013 but nobody knew about the song until the video was released. There’s nothing fun about waking up at six a.m…we had fun on set though.

Cardona- They were a tiring two days but it was fun. It was directed by Francesca Mercieca, of Fuzzhoneys. Her production company is called Imititosis, she’s very dedicated.

Sean- She knows what she’s doing.

What about the awesome dancing Stimpy?!

Stimpy- That part was filmed at St. Vincent De Paul elderly home…We just went there, danced my heart out in two takes and we were ready. The dance moves were not rehearsed or choreographed, it was all spontaneous. I was just me doing what I do best (laughs). 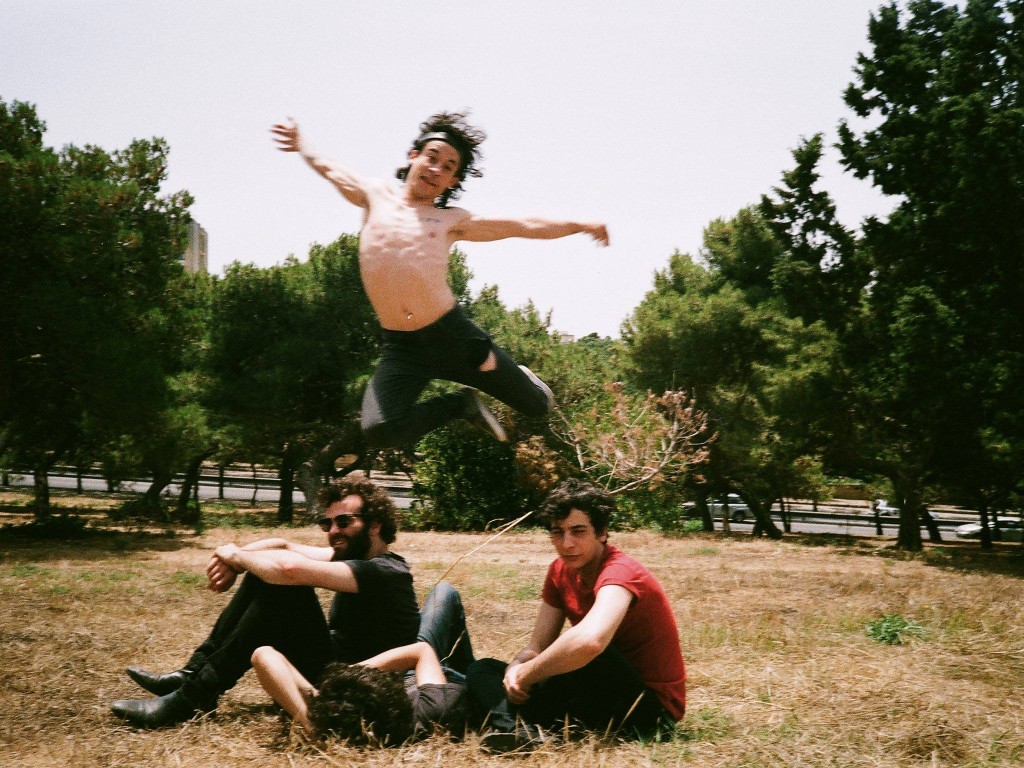 Amazing! Yeah, you kind of get a sense of your personality types from the music video. Who’s who in The Velts?

Stimpy- I’m the energetic son of a bitch.

Sean- George Harrison- Alistair- he’s the most quiet but the most musically educated of the band. And he looks like Jim Morrisson.

Cardona- I’m the beast of the band. They lock me up every night. 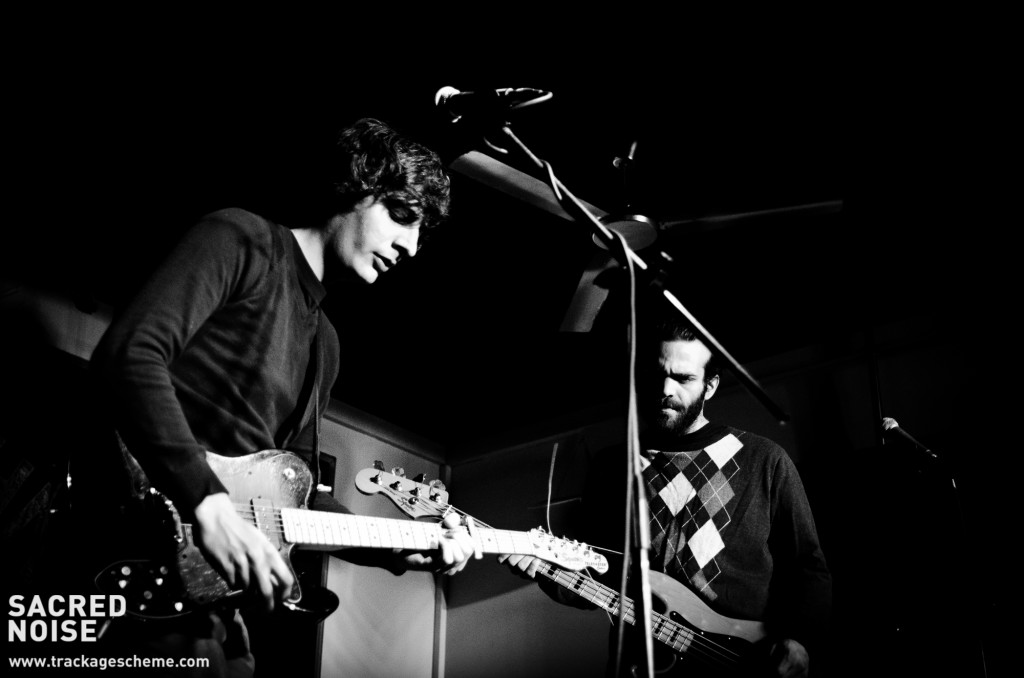 Stimpy- erm….Sean’s the most fucked up one. Sean’s just Sean… (Laughs)

The rest of your songs have a less pop-y, more post punk feel. Your latest release, Day and Night is much darker and more synth-y, what’s it about?

Sean- It’s about love, you know, it’s the most easy way to write a song… They’re all based on girls and mistakes. We always end up ruining our relationships with our girlfriends…

Cardona- Except for Stimpy. We never manage to keep a relationship for more than three months. (Laughs)

Cardona- We’re bound to fuck each other.

Haha, okay…You’re evidently big fans of music from decades gone by. What current-day artists are you listening to, if any?

Sean- Personally, for me, I don’t look at current bands. I mean… contemporary bands apart from some do not inspire me. There’s a craze for psychedelic music like Tame Impala who we all like…

Stimpy- They were the first band we experienced live, together as a band, in Amsterdam this time six months ago.

Sean- Bands like The Strokes, The Libertines… In my car I’ve been playing Sparklehorse, who were a 90s psychedelic band. The Smiths who I always return to…

Yeah! She’s Like The Sun has that ‘Parklife’ feel…  What’s inspiring you artistically at the moment? Are you working on any new material?

Stimpy- I just go with the flow…

Cardona- We have a new song called Sometimes The Sky, which is… not inspired by, but has the same feel as a particular song by Queen called She Makes Me.

Sean- What I like about Sometimes The Sky is that it happened spontaneously with nothing planned and with everyone’s input and I mean… yeah… it was magical.

Cardona- We don’t have many songs which we wrote here. Most of the time Sean writes the songs either at home or over here and we just contribute afterwards, but in the case of Sometimes The Sky and a couple of others, they were created by all four of us. 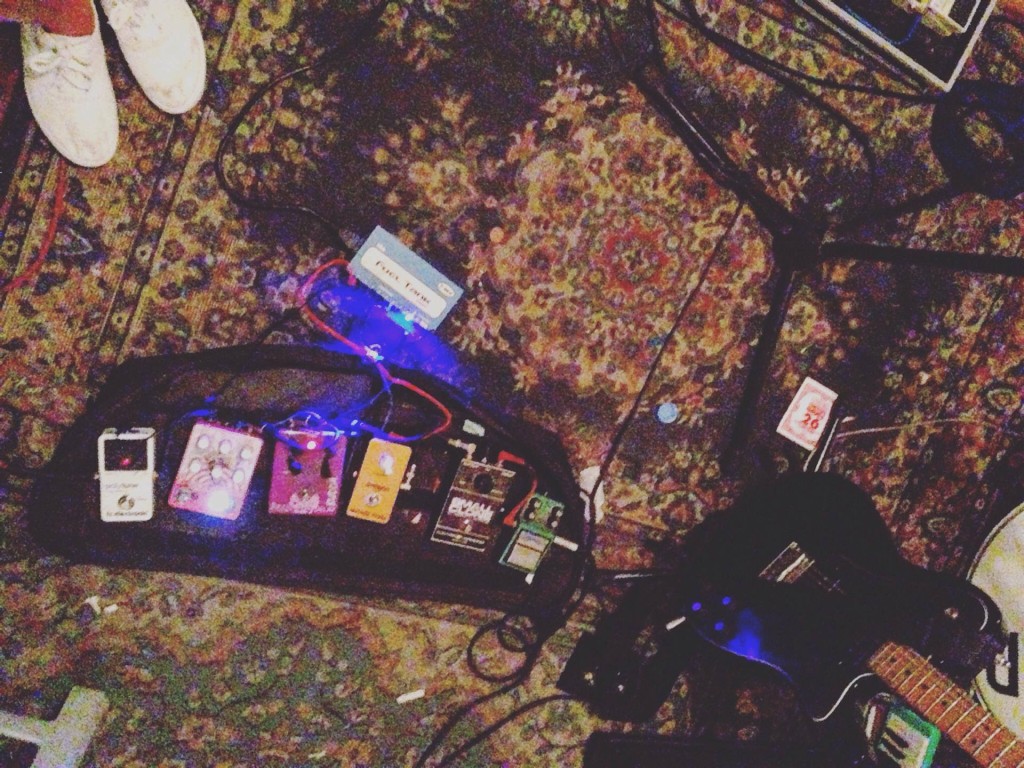 But the drums are always so intense!

So we have a new song to look forward to! And last but not least – I’m sure I’m not alone in wanting to know-Is there an EP in the pipeline? We want to listen to your music in cars, like Gary Newman…

Sean- Yeah, in fact in September we’re gonna hit the studios and record a couple of songs. Then we plan to release our debut album, hopefully in 2017. Or 18. Or 19… Or never.

Cheers guys! See you on the 14th August at Sickfest!

Earlybird tickets at €10 are SOLD OUT.

Buy second batch at €15 here for a limited time only, last batch will be €20

Tickets can be bought from: https://shop.trackagescheme.com/event/s-i-c-k-f-e-s-t/