Every year, a horde of guitarists ascend upon a hall to raise funds for charity and rock out. Strummin’ is Malta’s annual guitar fest, a night dedicated to guitars, music, and singing along to your favourite tunes.

Having helped charities like Puttinu Cares, Richmond Foundation and Suret il-Bniedem Foundation, this year’s edition of Strummin’ will be taking place at the Sir Temi Zammit Hall at the University of Malta, with all proceeds going to Dar Frate Jacoba. So just how many guitarists will there be?

“A total of seventy guitarists, a full band of seven musicians, seven guitar teachers and various solo singers will be involved in Strummin’. The guitarists will be playing on acoustic guitars and the band involves – keys, drums, percussion, bass, electric guitars and trumpet,” smiles Maria-Christina Friggieri, part of the Strummin’ team. 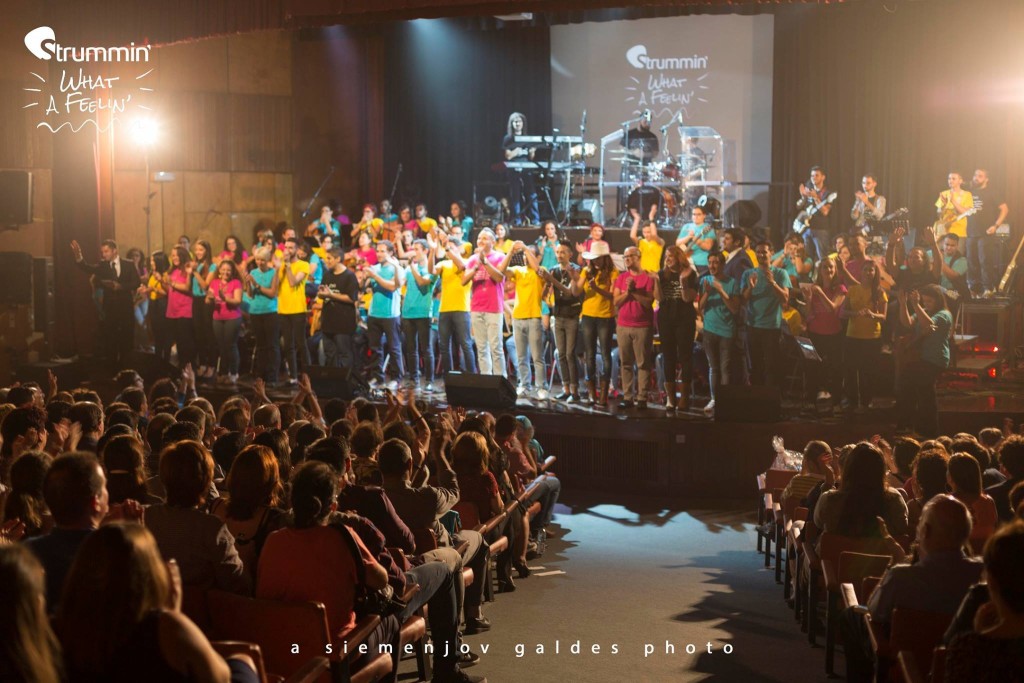 All these musicians come together for a good cause year after year, and with Strummin’ entering it’s 15th year this year, the event only seems to get bigger and bigger.

“Strummin’ is really a voluntary organisation that brings people from various backgrounds, lifestyles and age groups together. It provides people with the opportunity to be on a stage, in an environment wherein they feel comfortable and belonging to a family,” explains Maria-Christina of it’s longevity. It’s charitable aim is also a big part of it.

“This year all proceeds will go to Dar Frate Jacoba, a recreational home for young people with difficult social backgrounds. They are working to expand their home in order to be able to welcome more youngsters, says Maria-Christina.

By bringing together young people to celebrate music for a good cause, Strummin’ shows that sometimes all you need is a few – or a lot – of guitars, and some smiles, to have a great time.

“Yes, a lot of people look forward to Strummin’ and being part of the family every year,” says Maria-Christina. And with this year being the 15th anniversary of the event, this year’s Strummin’ is set the be the biggest one yet.

“The main theme for this year is ‘Let’s Dance’ thus one will experience funky and lively music which makes you groove and move! exclaims Maria-Christina. “The idea behind this year’s theme was to celebrate Strummin’s 15th birthday,” she continues. “We did not want to go for the traditional ‘Celebration’ theme, however we still wanted something that transpires the fun and celebratory feel that the Strummin’ family gets to enjoy throughout the summer.”

“Essentially I was brought in just for a couple of solo spots seven years ago, and every year I just joined in, taking on more responsibility until eventually becoming a staple part of the official band around four years ago,” he explains of his beginnings. “To be honest, I love every single person on stage, many of whom would probably not have an opportunity to get on one otherwise, having the time of their lives. From the children to the pensioners, especially the children though – everyone is just so happy to be a part of it.”

“Even all the hassle, and the fact that it practically takes over everyone’s life in the last few weeks, with regular meltdowns and arguments and countless people storming off – in the end, every single difference is ironed out because of the pure unbridled joy emanating from every participant, band member, committee member, stage crew, even the sound man who joins us once a year. It’s infectious, it’s for a good cause every year, and it’s just beautiful to be a part of,” he beams. 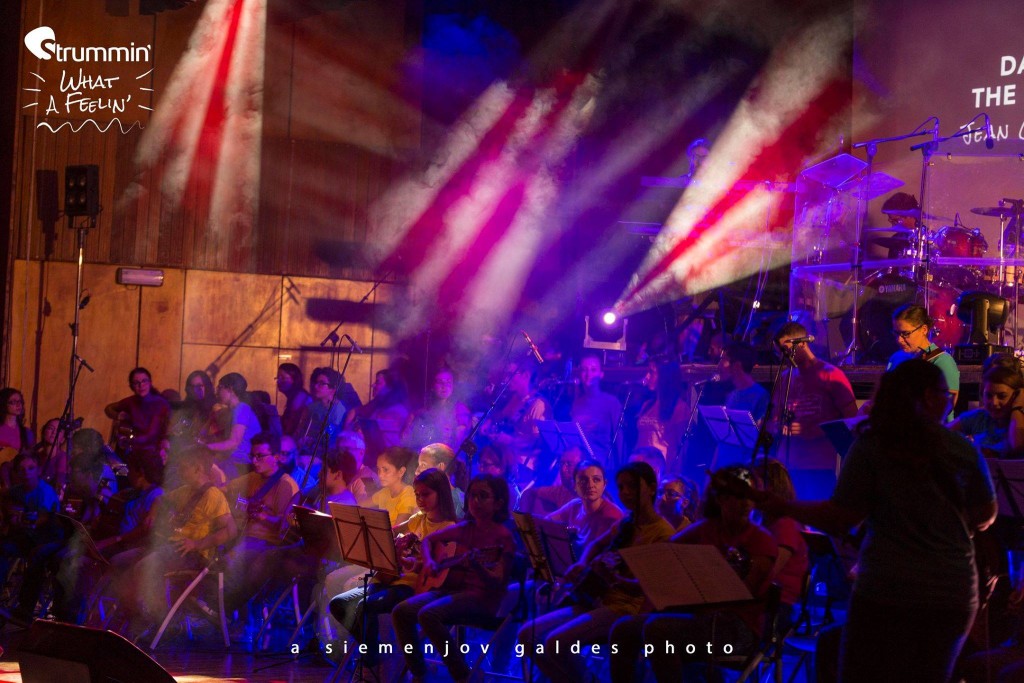 With such camaraderie and enthusiasm, it’s hard not to get excited for the night – and it’s obvious what Maria-Christina is super excited about: “Definitely our original song! This was launched on the 1st of October. This is also part of our big celebratory theme – to commemorate fifteen years from the beginning of Strummin’,” she explains.

With a night dedicated to accessing musician’s potential, raising money for charity, and just having a good old time, any budding guitarist looking to play with a band, play on a stage, or indeed just strum along to their favourite song known where to head the first weekend of November.

“Join us for a wonderful night of fun music to sing along to!” quips Maria-Christina. All you need to do is show-up – and maybe bring a guitar pick pick or two.

Join Strummin’ on the 4th and 5th of November for a night of music and fun!