Over the years, Robert Farrugia Flores has built himself a great reputation as the frontman of local band Plato’s Dream Machine. He is also recognisable for his trademark style: a trilby hat and a scraggly beard. Sure enough, as he emerged from the University library, he was donning this same look. I had never spoken to him before, but with such a look, I was convinced that he must have either been a textbook hipster or a keen intellectual.

Plato’s Dream Machine is one of the darlings of the local alternative music scene, and is known for its fusion of Maltese lyrics with electronic and progressive rock vibes. Għera, their debut album released in 2014, got the band two music videos, billing in a number of festivals, and recently, a feature in an Australian snowboarding advert.

I was eager to talk to Robert about the reception of Għera and the steps Plato’s Dream Machine plans on taking in 2016. The album was the result of sheer hard work and dedication. During this period, the band went through a number of line-up changes, but this helped them build a desire to become a more serious outfit, Robert explains.

“The atmosphere surrounding the entire process was a very weighty one”, he tells me, deadpan. Does that mean that the raving that followed the release made the journey more meaningful?

Robert gives an indecisive shrug that could either mean scepticism or modesty. “In Malta, everyone pats each other on the back. The approach is too friendly. Still, it could be that our album was received genuinely. We noticed a huge surge in social media following and an increased number of fans at concerts.” 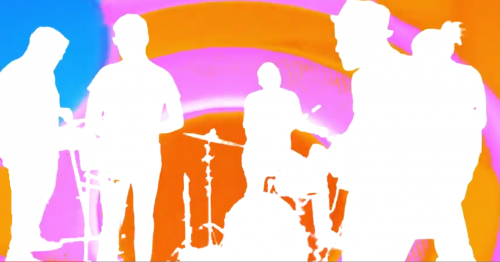 At the very least, interest in Għera must have been genuine – the album marked a huge departure from Plato Dream Machine’s previous identity as a folk group. As I told Robert, though, interviewers seemed more interested in the band’s newfound use of Maltese than the music itself, as though the language was a novelty. Did this bother him at all?

Not really, he admits after some hesitation. He understands the curiosity – one doesn’t generally expect Maltese to be used in the genre. It’s not an obvious combination, as it is in Mary Spiteri’s music, for example. “That being said, I do wish that people would ask me more about the actual content of the lyrics. This is not a case of English versus Maltese – I could have written the same thoughts in English.”

In fact, Robert’s lyrics, which deal with themes of space, time, and the self, led him to coin the genre ‘Metaphysical rock’. The man is a philosophy student, after all. The phrase is tongue-in-cheek, he insists – but only slightly.

The band’s new songs can also be called metaphysical rock, he suggests without hesitation. ‘The sound, though, is vastly different’, and I can’t help but agree with this. Plato’s Dream Machine has been playing a few new songs during its last few concerts. Live recordings of two of these, ‘Sejjaħtli’ and ‘Filgħodu’, were recently uploaded on the band’s YouTube channel.

These compositions, while just as intricate as those found on Għera, are certainly catchier. “They’re more accessible,” Robert quickly says as I was about to suggest the same thought. Most musicians within the local alternative scene would be wary of using words that suggest poppiness. Clearly, Robert is not one of these people.

“I want the new songs to be more emotive and relatable. Għera was a very cold album, thematically.”

Robert’s confidence is slightly surprising. Didn’t Għera’s success create any anxiety at all during the writing process, a worry that they wouldn’t be able to top it?

“We’ve grown out of our debut. A second album is always more difficult because you need to prove you’re consistent – but we wanted to write something completely new. We want to embody change.” 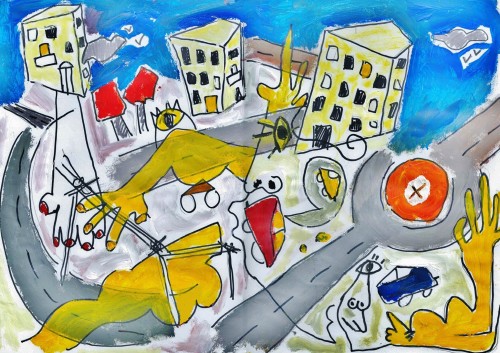 I asked whether this meant that the new material is a complete cut-off from the debut. Robert was slower to reply this time. “No, I think there’s a narrative connection. Għera was an album that asked a lot of questions about the mysteries of life. I want the new release to answer those questions. Since Għera , I’ve gone back to my religious roots, and I want that to be very explicit on the record. The local scene is very leftist and atheistic. In a way, I want to combat this – without being preachy or superficial.”

This statement took me back to last August, when during a performance at Bewildered Music Festival, the band made it a point to announce that one of the new songs was about Saint Augustine, which seemed to confuse the audience.

With my curiosity piqued, my next question was obvious: when can fans expect the new album? Not too long, Robert expects. The band is hoping to hit the studio this year.

On 3rd January, Plato’s Dream Machine held its first concert of 2016. Entitled ‘L-Għera u L-Oħrajn’, the show was free entrance and included poetry readings by Adrian Grima and a philosophical talk by Kurt Borg, a PHD student. Even on the live circuit, the band is eagerly showing signs of breaking new ground.

Perhaps in the eyes of the band’s fan-base, Plato’s Dream Machine is still in its Għera phase. This is a rare case of a local album remaining relevant a year and a half after its release. The band itself, though, is clearly set on conquering a new era – and is working towards it with ease. PDM’s next performance will be at Trackage Scheme’s Sacred Noise on Sunday 28th February.