Music In Malta – From Pre-History To Vinyl

Ever find yourself at a loss for stimulating, interesting things to do? If galleries and exhibitions are your idea of a great day out, you’re in luck, as a new blockbuster showcase has just opened in Cathedral Square, Mdina. Enter ‘Music In Malta – From Pre-History To Vinyl’.

Housed in the beautiful Cathedral Museum, an 18th Century Palazzo, the exhibition is a whistlestop tour of musical trends and instruments in Malta throughout the ages, starting from way back to the Phoenician times. That’s 700 BC to you and me! 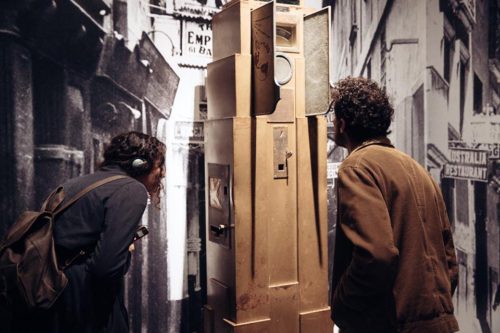 Whether you’re a band member, DJ, singer or simply a music aficionado, ‘Music In Malta’ is sure to inspire. Historic artefacts range all the way back to primitive terracotta shakers filled with beads to jangly seashell instruments, animal bone flutes, calfskin bagpipes, church bells and stretched hide drums.

The Baroque period is where Malta really shines. Famous composers from the time would have their works played out in stunning ballrooms for high society dances. Fashion lovers will appreciate the gorgeous dress on show, standing proud beside a baby grand piano.

You’ll find a selection of Arab-inspired string instruments and locally made hand-painted guitars to accompany local Għana singers, with their folky rap battle-style lyrical melodies. This one’s for all the guitar and bass players out there!

Moving on into the British Colonial period is where the Banda revolution really comes into its own. Inspired by British marching bands, brass instruments were learned and played out with gusto by band-club members, and it became commonplace for young men to join up. Suddenly everyone was playing an instrument! No village feast is complete without the Banda, and its jovial tunes played out on the exhibition headphones are sure to fill you with a sense of pride and automatic excitement.

Perhaps the most interesting period for modern music lovers is the last couple of exhibition rooms, where the way we listened to music changed forever, through the invention of the gramophone and pressed shellac records. It’s strange to think that before the late 19th century, music could not be recorded and played back at all. Fast forward 100 years and almost any song you can dream of is just a few clicks of a button away.

The exhibition delves into the history of the first record shop in Malta – P. Carabott Music Emporium, which was situated in Merchant Street, Valletta, closely followed by D’Amato Records which is still going strong today! An enterprising man named Fortunato Habib was the first to set off to Tunisia in 1930 to record the very first Maltese record on shellac, which was the material used before vinyl. 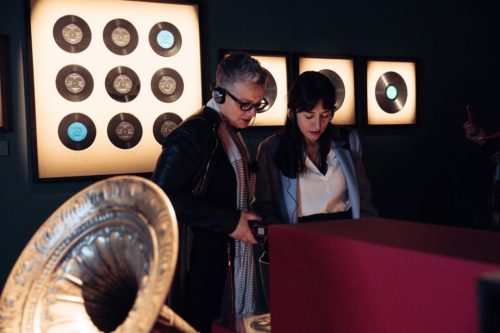 The last room in the exhibition is sure to overwhelm any record lover, and you’ll be hard pressed to find so many stunning examples of early gramophones anywhere else. The exhibition is so well thought out and painstakingly sourced that it’s well worth the €10 ticket entry. It’s a shame to think that this is not a permanent exhibition in Malta, since strategically, the Maltese islands have been a crossroads for trade and travel for thousands of years, which encouraged the trading of musical instruments and ideas between empires, cultures and religions – creating a melting pot of musical styles. It really forces you to think of how this has affected our cultural landscape. We’ve got a lot more in the way of musical history that I have personally ever thought of before.

Black Friday is the most popular time to discover vacation deals and sales at the stores you love. Whether you’re buying Christmas gifts at Target or electronics at Walmart, you’ll find all the Black Friday discount coupons you require right here http://chernaya-pyatnica.co.ua/. We routinely update our 2019 Black Friday deals, so you can be sure the discount codes you’re discovering are valid. You’ll take pleasure in additional cost savings at stores like JCPenney, Home Depot and Best Purchase when you utilize our online coupons.

Many of the artefacts have been lovingly loaned to the Museum for this exhibition, either from churches such as St John’s Co Cathedral or from private home collections, so come June, they will all be graciously returned. It would be a real pity to miss out on this fantastic exhibition. I truly hope schools take the initiative to head to Mdina on a music or history class outing. It’s fascinating. Until then, I really do suggest you head on down to Mdina with a vinyl-loving friend, pick up your boots and go back to your roots.