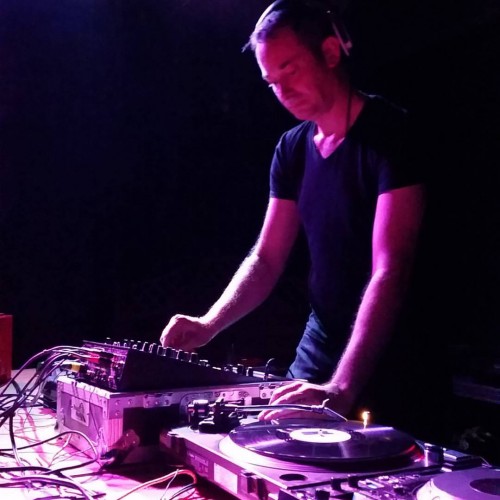 From the mid-70’s onwards, technology and the creation of spatial and futuristic sounds through computerized media revolutionized the musical industry at a slow but constant pace. Cold and computer manipulated sounds fused with a repetitive structure, echo a changing socio-cultural environment throughout Europe and the US. During this time, Brian is a young Maltese enthusiast, highly influenced by Jean Michele Jarre, Throbbing Gristle, Kraftwerk, Biosphere and Plastikman. He took the business seriously since the very start and the only way at that time was to call Berlin based Hardwax store, weekly! Glued to the phone listening to latest releases for long intervals at a time. As explained with a fugitive grin by Brian, hefty phone bills would bring a frown or two from the old chaps back home, but nothing compared to the bliss of owning the latest Plastikman vinyl.

Playing for the first time in 1989, Brian James witnesses and actively contributes to the birth and development of electronic music in Malta. The few and intimate events that are characteristic of the early 90’s, double up in the next 10 years and become part of a new entertainment industry. During this time, Brian is busy playing at every event in Malta and Gozo, whilst hosting a 2 hour radio show, Techno Nation. For the very first time, the Maltese crowd has the luxury of owing its own locally established DJs and an ever increasing number of foreign acts headlining the night. Some DJ’s have by now an established number of followers and continue to increase the numbers through a distorted mixture of popular and commercial music. Others, like Mr James, embark on a soul searching adventure of innovative sounds, experimental textures and a curious mixture of old and new.

The electronic music scene is about to experience a serious of novel and melodic infiltrations, which in turn re-conceptualize the structure of European underground techno music. Through the exposure to new influences from the States, Brian experiences a revamp of the core essence of underground techno music and chooses to innovate his style and form. The frigid and industrial German beats are now highly influenced by Detroit techno and Chicago house. The dance floor comes to life and a special relationship is born between the DJ and the crowd. All this is being absorbed and reinvented locally, with DJ Brian James creating productions of his own, such as the 1999 early releases; Hydraulic Blast and project Sinister Cyborgs, the latter featured on Escape to ƟƟ compilation. Other EPs and releases include; Manikins (2005), Ectomorph (2008) and Neural systems of a building (2009) on Pinkpube and Mikromekanik (2007), Rubber Doll (2008) and La Ramblas de mi Mente (2009) on Aesthetic records. His latest work, Lord of the Shadow (2013) and Kiss the Sun ( 2014 ) has been released on a locally based record label Batti Batti.

In the year 2006 Brian is once more ready to redefine the local underground techno scene. Enter; Unfocused. The twice a year event, is a highly anticipated night and in the last years imported to the Maltese shores cutting edge techno producers from Europe and the States. Main names include; Mike Parker, Donato Dozzy, Abdullah Rashim and Milton Bradley. Unfocused, as the name hints, is a fused and blurred musical experience, where misty and murky sounds meet a resonant and engulfing techno baseline. Brian James, expressing his inner self through music and remaining faithful to his dark and deep roots, managed to create a perfect equilibrium of form and sound. Throughout the night; walls, floors and ceilings vibrate from a euphoric dancing crowd, whilst sound waves serve the perfect medium for a holistic DJ – crowd experience.