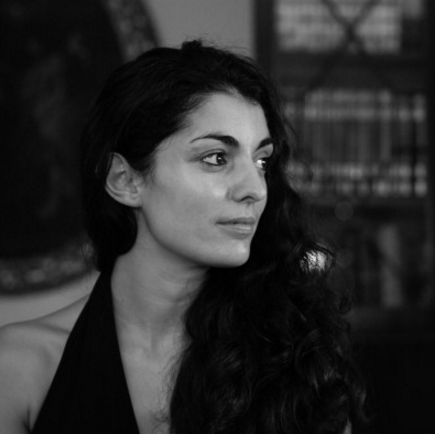 Described as “one of our most promising pianists of our generation” and “a demon of energy; yet one of impeccable articulation” by the Sunday Times of Malta, Gabi Sultana is a highly acclaimed soloist and chamber musician, especially within the Contemporary music scene. Award recipient of the “Contemporary Music Prize” and “Outstanding Pianist” at the IBLA Grand Prize International Music Competition in Sicily, Italy, in 2013; finalist at the “De Linkprijs” – prize for interpreters of Contemporary Music in Tilburg, Holland, in 2012; winner of all available piano competitions before 2001 in Malta – EPTA; Young Musicians’ Competition and Bice Mizzi Vassallo Competition. She was invited by EPTA UK to represent Malta in a concert at the Guildhall School of Music in London in 1999 and at the Festival of Winners Concert at the EPTA Conference 2000 held at the Liszt Academy in Budapest, Hungary. As the prizewinner of the Bice Mizzi Vassallo Competition, she attended the Lake District Summer Music International Festival in 2001.

Gabi has performed extensively in Europe, USA and Australia. As part of her prize at the IBLA Grand Prize International Music Competition, she was invited to tour the States of Virginia, Arkansas and New York culminating in her debut in Carnegie Hall in May 2014. Following the success of this tour, Gabi was awarded the “New York University Casa Italiana Zerilli-Marimò Audience Award” by the 2014 IBLA Grand Prize USA.

In May 2015, she gave her Australian debut at the Canberra International Music Festival, which also gave her the opportunity to collaborate with Sydney-based Ensemble Offspring.

In Ghent (BE), where she is currently based, Gabi has performed at the Ghent Contemporary Music Week 2013, at Logos Tetrahedron and at the Gentse Vleugels (2011, 2012, 2013, 2015). In November 2013, she recorded one of Frank Nuyts’ awarded Piano Sonatas during a showcase of his solo piano works in De Bijloke in Ghent, Belgium. In 2015, Gabi was invited to perform for Ars Musica (Brussels) as part of the “Les Mardis Contemporains” series. In 2011 she was invited by H.E. The President of Malta to play at the Presidential Palace; and in 2015 she performed for the King and Queen of Belgium, together with Lisa De Boos (double-bass).

As an active chamber musician, she is currently working with SPECTRA Ensemble. Together they have performed at various internationally renowned contemporary music festivals such as TRANSIT (BE), GAIDA (LT) and ARS MUSICA (BE). She has performed together with Vlaams Sinfonietta in 2014; and the Latvian Radio Choir at the Concertgebouw in Brugge in 2013. During her studies in Holland, she toured the country twice with Ensemble Modelo 62 and attended a two-week workshop with Steve Reich.

During her studies in Malta, she obtained Diplomas from Trinity College (ATCL), London School of Music (LLCM) and the Licentiate of the Royal Schools of Music, London (LRSM), under the guidance of Fransina Abela Brincat, with whom she studied for 12 years before proceeding to Holland to further her studies in 2001.