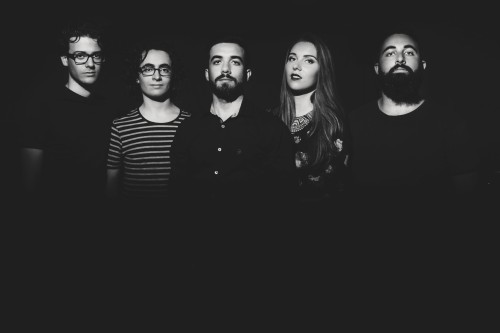 Jack’s Fusion is a rock band based in Malta. The band formed in the summer of 2014, as five members with a mutual passion for rock music, and has recently released its debut EP ‘Impulse’. The members of Jack’s Fusion are Emma Grech (vocals), Luke Deguara and Jacob Spiteri (guitar), Kurt Bezzina (bass guitar) and Jean-Luc Camilleri (drums).

Since its inception, Jack’s Fusion has released two singles, ‘Electric’ and ‘Burn the Day’. Both singles garnered over 10,000 online hits, with the former spending over 10 months on the PRS Malta Top 20 Airplay Charts (top 10 for over 16 weeks), and the latter, which was released in August 2016, forming part of the top 5 songs on the same chart following its release, all contributing to the band’s growing success.

Jack’s Fusion is known for delivering enjoyable, high-energy performances, which have been well received at a variety of events around the island. Notable gigs of the band’s career so far have included a performance at the Farson’s Great Beer Festival 2015 (Rock Stage), Rock the South (2016), Malta Street Arts Festival (2015), Sliema Arts Festival: Main Stage (2016), and many more.

Most recently, the band has launched its debut EP ‘Impulse’ in concert, at the old Salesian Theatre in Sliema. This concert saw the 108-year old theatre host a rock performance for a standing audience for the first time. The performance was featured in several media outlets, with extremely positive reviews.

The self-managed band is currently writing new original material, with new releases planned soon, and intends on extending its audience overseas, through live performances and distributing its music abroad.