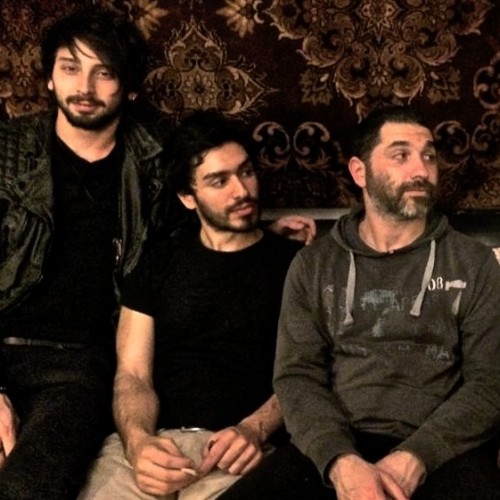 Through a more or less consistent willingness to avoid letting their ego-based considerations take over, they have however made good progress in this regard as in others. Their music, at its best moments, is the result of musical conflicts that never happened.

They base their creative process upon the ability to connect to each other, always searching for a deeper way of communicating as four artists at work. The aim is to make music of the heart, without preconceptions as far as that is possible; music that remains ‘malleable’ even in its finished state. The character of each song always depends on the energy of the present moment.

Niki Gravino (Vocals & Guitar)
When on a day in April 2012 Niki experienced Mark, Ben and Andrew play away in their tiny rehearsal room for the first time, he immediately knew that this could one

day become the band he had always dreamt of being part of. After the success of Niki Gravino & The Vile Bodies (2004 – 2009), and the burnout that followed, Niki had promised himself that he would fix his life, stick to being a producer, and avoid being in bands at all costs. It took three young talented musicians to change his mind.

Niki can now express and utilise his full vocal potential, because he is finally happy with what he is singing to.