In a time when any ‘self-respecting’ DJ uses vinyl for breakfast, lunch, dinner – and afterhours – it is easy to forget that to many purists, using vinyl is still not enough – one needs to know how to use the vinyl as a unique instrument in itself to really sauce on everyone else.

Beatmatching, mixing, phrasing, this is all very nice. Staying in the 128 BPM range (give or take 3 or 4 beats) is cute too. The real question is, can you battle me right now, using nothing but a pair of Technics, a track with nothing but a single kick and snare, and an old sample of Flava Flav shouting “Yeah boiiiii”?

If the answer is no, then it’s back to the mixer with you.

To be fair, proper turntablism never really took off in Malta. I can think of two turntablists, DJ Mac (ex-Chapter Zero) and Lockstock based in Malta, and both come from the hip-hop scene, the culture from which turntablism emerged. Hip-hop, being rowdier and more inclined than most genres towards direct battling (be it through dance, lyricism, or scratching) was the perfect breeding ground for turntablists to incubate in. Dance affiliated genres, more focused on setting the scene and creating an atmosphere, were not.

Seeing as techno, house, and other dance genres are more predominant in Malta, and very few DJs learn how to DJ outside of the dance genres (not to say you cannot imbue a dance set with some scratching), it comes as no surprise that there are so few turntablists in Malta. We may have won the Junior Eurovision a couple of times, but the dream of a Malta-based DJ winning the DMCs still seems aeons away.

That is, unless Twitch has anything to do with it. 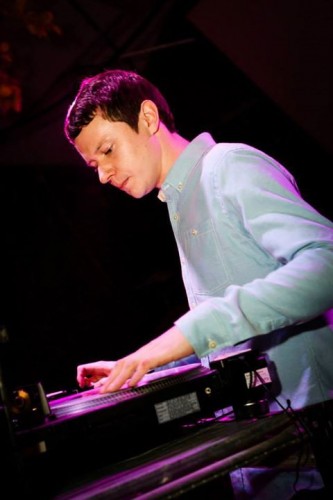 “I first realised I wanted to learn to scratch about 10 years ago when I saw DJ Hype at a rave in Bournemouth, UK. After saving up to buy a single 1210 and a very basic mixer I started the long process of teaching myself how to scratch. Finally, a couple of years later, I made a noise that vaguely resembled a scratch,” laughs Chris Davis, aka Twitch. Twitch, who grew up in England but is now based in Malta, found himself surrounded by the right people at the right time.

“In 2008 I started working at the legendary Strictly Beats record shop owned by DJ X-Rated of the Second to None breakdance crew. This is where I learnt to mix, improved my scratching and started beat juggling. This is also where I was given the name Twitch because of how scatty I was on the Saturday morning shift. The crew would all meet up on a Saturday to break, and those guys were so health conscious because they were b-boys so they thought it was hilarious seeing me off me tits selling records every weekend. I didn’t tend to sleep much in those days…”

When a name is bestowed upon you, you run with it. As Twitch explains, “They gave me the name Twitch before my first battle, it is quite traditional in hip-hop to be given your DJ name by your peers, so the name kind of stuck.”

Twitchiness aside, Davis’ mix of styles – from “classic soul, funk and hip-hop samples over bouncy basslines, to ghetto funk, glitch hop, mid-tempo breaks, party breaks, electro swing and drum and bass,” – shows his background well, and his ability to pick and mix as he chooses. And others have noticed the skills; Twitch made it to the second round in the 2015 DMC Online DJ Competition, a competition that sets DJs from all over the world against each other.

“Yeah, that was amazing. When I uploaded my entry it was in 14th place, then a half hour later I refreshed and I was in the top 3. I will be competing again in March, I have put a load of practice in for this year so hoping to take first place,” he beams.

Having competed in the DMC Regional heats in 2009, and the WTK Worldwide Scratch Battle in 2011, he is no stranger to scratch competitions. Having performed in various events locally, I ask him how the local turntabling scene is. 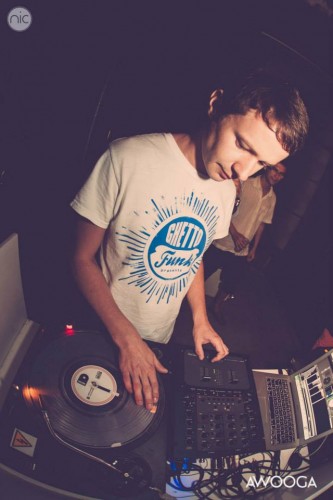 Bournemouth, unlike Għargħur where he lives now, had a thriving DJ scene. “Bournemouth has a massive jungle scene, we used to have Hype, Andy C, Nicky B and Mampi Swift on rotation every week. I was already obsessed with scratching by then so I would get right to the front whenever Hype was playing and try to work out how he was doing his scratches. However, my favourite DJ is JFB from Brighton, and quite amazingly my missus booked him to play my birthday last year at Razzet l-Aħmar! But my proudest musical moment yet has to be when Tony Prince mentioned me in a Facebook post once,” he ends wryly.

A lack of local turntablists isn’t going to hold Twitch back. Having already played in many clubs locally, and even a few festivals like Sunscape, Statix, and the Malta Street Art Festival, and with his sights set on this year’s DMCs, Twitch might be the what the local scratching scene needs right now. 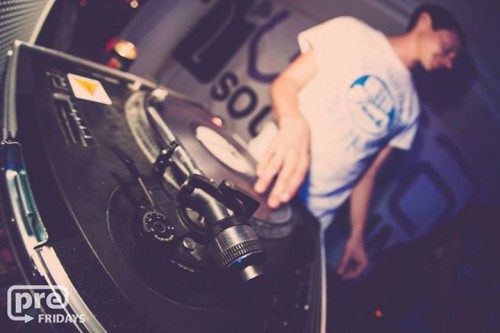 To find out more about Twitch, click here
You can see his latest ass shakin’ routine here