I Am Willow: The Malta-born, London-based artist’s spellbinding music and career 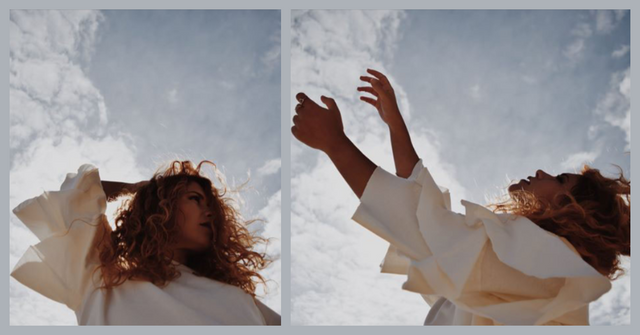 Having been invited to perform in front of legends such as Annie Lennox and Sting, I Am Willow is undoubtedly one of Malta’s best exports when it comes to international songwriting gigs and indie pop music.
In spite of her busy schedule, I Am Willow found the time to bring us up to speed with what she’s musically concocting.

Growing up, who or what inspired you to start making music?

The two core inspirational figures in my life have always been my grandmother and my mother. My mother used to sing her own songs to me as a baby at the guitar. To me, those were the best songs in the world.

My grandmother was my piano teacher from the age of 4, and I don’t think I’ve ever met anyone more passionate about music than she was. She had composed a couple of piano pieces, but sadly they were never recorded. One of my family’s deepest regrets. Maybe that’s why I’ve taken up production recently. I always make it a point to record the music I create.

You’ve lived abroad for quite a while now. What would you consider as the top highlights of your career so far?

2011 – being invited to perform privately for Annie Lenox in her personal studio in London;

2012-2013 – recording in Rockfield Studios in the same room that Bohemian Rhapsody was recorded, Wales;

2018 – A song I wrote for the Japanese girl band E-Girls received an MTV Award.

You’ve changed your stage name from Carrie Haber to I Am Willow. What inspired this change?

A new sound triggered the name change. I was in LA working with an artist there and met a couple of producers who I really gelled with. Together we created a new sound and quite naturally the name I Am Willow felt like the right fit.

How would you describe your relationship with the music industry?

I don’t enjoy today’s music industry much if I’m honest. I believe the main decision-makers have made some major mistakes in the last 10-15 years which has led to a decline in the value of music at the expense of the artist and songwriter.

I personally believe it is the main reason we don’t have as many musical icons such as Queen, Madonna, Pink Floyd etc. Music has become too 1-dimensional.

Very few artists such as Billie Eilish, Drake or Lorde have been able to break through the mould with a ‘new’, identifiable sound. I truly believe we are living among music geniuses that will never be discovered due to the current musical climate.

Think about it, if the industry was like this in the 80/90s we might never have discovered Nirvana, Jimmy Hendrix, David Bowie, Tracy Chapman and the like.

Any immediate plans in the pipeline for I Am Willow?

While I am still putting my own music out, I am currently working a lot more as a songwriter and producer.

I am in the process of launching a company where my team and I write, compose and produce bespoke songs for important events and special occasions. Be it the 50th anniversary of a company or the first dance at your wedding.

I have always had a passion for working on a personal level where I can feature people’s favourite moments in their very own personalised song, and I’ve finally decided to make this concept more official. I invite anyone interested in having a song written for them to contact me on FB via private message.