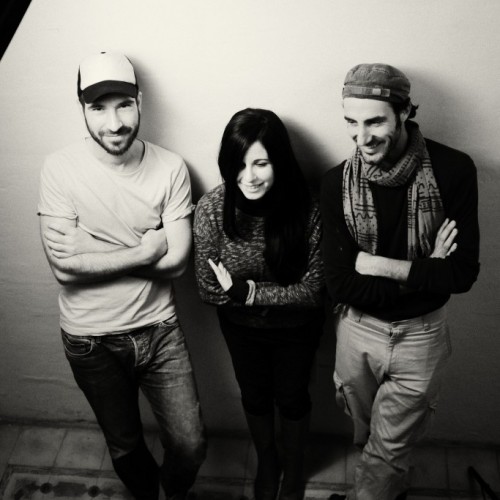 Amongst the broadening horizons of the European music scene you will find the Beangrowers. Hailing from the Mediterranean island of Malta, this female-fronted three-piece has become known for their unique style and infectious mixture of guitar-based pop and quirky keyboard sounds: think Blondie meets Joy Division. “Keeper of the angelic vocal chords” – front-woman/lead guitarist Alison Galea is up there alongside PJ and Nina Persson. and supported by band-mates Mark Sansone (bass, synths) and Ian Schranz (drums, synths).

The Beangrowers music has always been defined as pop-rock that’s short, sharp and to the fuzz-guitar driven point. While that can still be heard on their new self-produced album “Not In A Million Lovers” (Minty Fresh), there’s also a noticeably more mature element to their latest release, both lyrically and musically.

Even with a new year unfolding, and a new album, you can still hear their familiar brand of fuzz and pop on the lead single, “Love Can Do You No Harm”, with its hopeful lyrics of: “now this great war is over, let’s find out who speaks the truth….”

But listening to the album’s sixth track, “Available,” we hear another ready single that shows the Beangrowers have clearly expanded their musical perspective beyond the shores of Malta and even Europe, and outside of what regular fans of the band might expect to hear. When in that song Galea sings “forced to grow, steps to climb…””, it not only reflects a certain new sophistication in the band’s musical style throughout the album, but in how they want to move forward artistically, alongside their fans.

With three albums under their belt, the Beangrowers are to date best known in continental Europe, but are continually expanding their reach to fans everywhere. Based in Berlin for a number of years, they were signed to Rough Trade’s German division and built a strong fan-base through video rotation on VIVA and MTV Central while touring with the likes of Elbow, Tindersticks, Stereophonics, dEUS and Trashcan Sinatras. Director Wim Wenders (Buena Vista Social Club, Wings of Desire) became a fan and used the song “The Priest” from their 2005 album, “Dance Dance Baby” in his film “Land of Plenty.”

They wowed audiences in the USA when they visited in 2004 and 2005, playing SXSW in Austin and the legendary Sine’ club in New York. A return to this year’s SXSW is scheduled, with more tour dates to follow. With the release this year of “Not In A Million Lovers” in North America, the UK and Europe, fans old and new are sure to follow the Beangrowers to anywhere they happen to land.