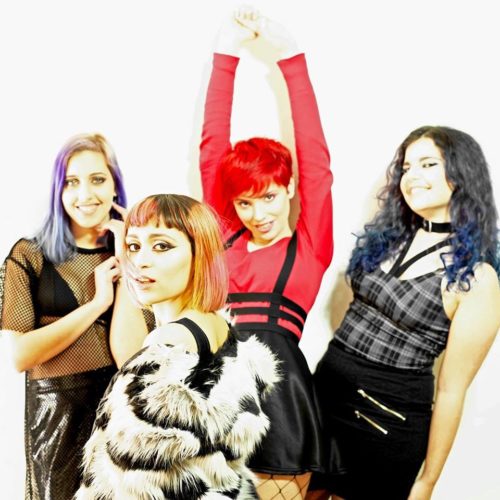 Cryptic Street is a four-piece musical riot, ready to rock your patriarchal ears and mess with your brain. They’re serving alternative post-punk madness fresh out of their DIY framework, as they gear up to take over the world from their humble Maltese roots.

The Cryptic ladies experienced an uproar in their musical genre back in 2016, and exposed a new era of the band. Leona (vocals), Janelle (guitars), Leanne (bass) and Michelle (drums) threw their fiery personalities into overdrive, and created the knicker-twisting yet introspective stylings they are known for today.

They took out their new music on a test-run during their 2016 Barcelona tour, through which they cemented the direction the band was going to hurtle in from there on out. The infectious globe-trotters continued sweeping the world off its non-existent feet in 2017 as they marched across Spain and the UK, supporting Acid Mothers Temple and Pins, among others.

The pivotal decision to record an album, with the aid of David Vella (Rammstein, Siousxie and the Banshees), also surfaced in 2017. This resulted in the tantalising ‘Titty Monster’; a burst of punk attitude with a dash of psychedelic, inner conflict and hell-raising fun. Beware the Titty Monster, because it’s coming soon and it’s coming for you.