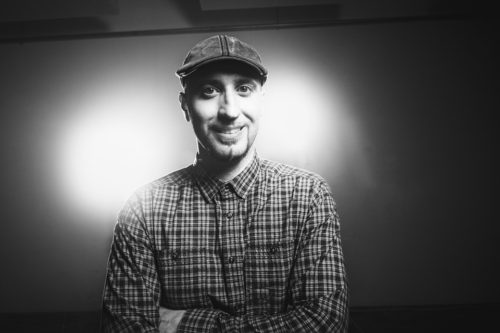 David Cauchi is a Maltese singer, musician and songwriter. Coming from a music family, exposure to music was only natural, and at the age of 6 he started piano lessons. After graduating in pianoforte and theory from the London College of Music, there was always a desire to apply his music knowledge into something more contemporary.

Having been involved in different music projects with other local and foreign musicians, David learned to appreciate and experiment different music styles including rock, blues, reggae and jazz. Recently he also started to play guitar as a second instrument. This gives him versatility both when performing or composing music.

In 2017, David made the first round of selections and auditioned for the famous TV show, X-Factor in Spain. A year later he participated in the Maltese version of the show and passed the first series of auditions but was eliminated during the Bootcamp phase.

In February 2017, David launched his debut single as a sole artist – I’m Gonna Be Your Lover – a mix of reggae with tints of jazz, blues and swing. A live acoustic version of the song was performed and transmitted on Spanish National TV Station La2 de TVE – during the tv show Dfiesta, aired in December 2018.

David’s second single Gone, is a classic rock ballad speaking about an old love now gone. His latest single Viaje al Paraíso is a song in the Spanish language which speaks about the parallel life
of a musician and a migrant. Apart from his own projects as sole artist, David regularly performs in different spots across the Maltese islands, both as a solo and with other fellow musicians, including pop-rock act DBanned which he joined back in 2013.