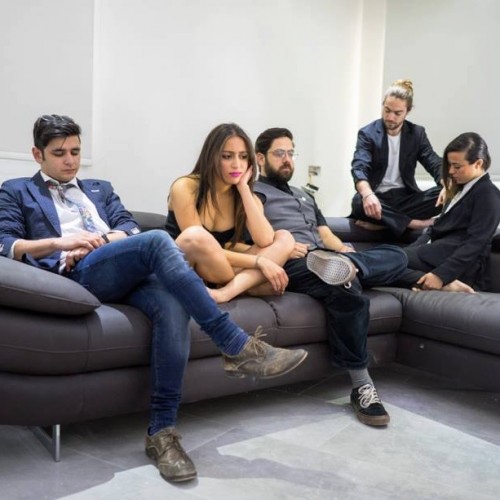 nosnow/noalps began their journey over mountainous terrain in early 2007 with their poppy indie rock seasoned with punk, reggae and ska sound. In 2008, the band released their first EP “(just rock)”. Singles released from this EP included the Bay Music Awards-nominated “Taking My Time”, and the Malta Music Awards-nominated “Headset”. Their third single “Dig Into”, went on to become the soundtrack to the local MTV Mobile advertising campaign throughout 2009. All singles ranked high in top local radio charts, and consequently, the nosnow/noalps debut release was voted best EP of 2008 in ‘Toni Sant’s Muzika Mod Iehor’ annual listeners’ poll.

In 2010, nosnow/noalps entered Temple Studios to record their debut album “ROMANTIKPOLITIK” with award-winning David Vella (of Beangrowers, Rammenstein, Phillip Boa & the Voodoo Club fame) at the production helm, and it was released at a sold-out launch show in April 2011 .The album was well received by local critics and consists of 14 songs, of which the first single “Far Into the Night (Without You)” was released and reached the number 1 spot for 3 weeks. Few more singles from the album followed which all reached high spots in Maltese charts. In 2011 nosnow/noalps won 2 awards at the annual Malta music awards for best Image and best Cd sleeve for “ROMANTIKPOLITIK”.

The band hit the live circuit with energy and force comparable to an avalanche at a Swiss ski resort, with blistering performances in several local venues and festivals, among which the Farsons Beer Festival, Isle of MTV Music Week, Bay Music Awards and the Malta Music Awards Ceremonies. Nosnow/noalps also toured excessively across europe playing cities including London, Paris, Milan, Copenhagen and Linz in Austria.

A new chapter started in April 2013 when the band moved to Copenhagen, Denmark for a few months with a new line up.
After a few months writing in Copenhagen, nosnow/noalps worked on releasing a new Single called ‘N.E.W’ . It was launched on the acclaimed site Rolling Stone.it on 11th November 2013, which was followed with a tour in Copenhagen, London and around Italy during the months of November and December 2013.
nosnow/noalps was interviewed on many acclaimed stations like RAI radio and RTL in Italy.

In 2014 they released their 3rd Album called ‘Go Go Go Go’ recorded at Temple Studios. Most of the songs on this ep were released as singles with videos, the latest one being ‘Disappear’ which received a lot of good feedback locally and abroad.The band toured a lot in Italy and Malta these last 2 years, and also supported the acclaimed uk band ‘Dry The River’ last July in Milan.
At the moment nosnow/noalps are working on new material.

nosnow/noalps, written in lowercase without any spaces, is made up by Nick Morales, Bertram Cachia, Benji Cachia & Sarah Falzon.